We now know that Italy will be taking on England in the Euro 2020 showpiece after a second pulsating semi-final at Wembley. What a day it has been...

England in first final for 55 years

Harry Kane's extra-time goal booked England a place in Sunday's final as the Three Lions came from behind to beat a valiant Denmark 2-1.

Mikkel Damsgaard's wonderful free-kick opener was the first concession of England's tournament, but they soon bounced back with Bukayo Saka's low cross being turned into his own net by Simon Kjaer under pressure from Raheem Sterling.

Sterling then won a soft penalty in the extra 30 minutes, with Kane stepping up from 12 yards and netting at the second attempt after an excellent Kasper Schmeichel save first up.

What A Feeling! England Are Finalists Again After 55 Years 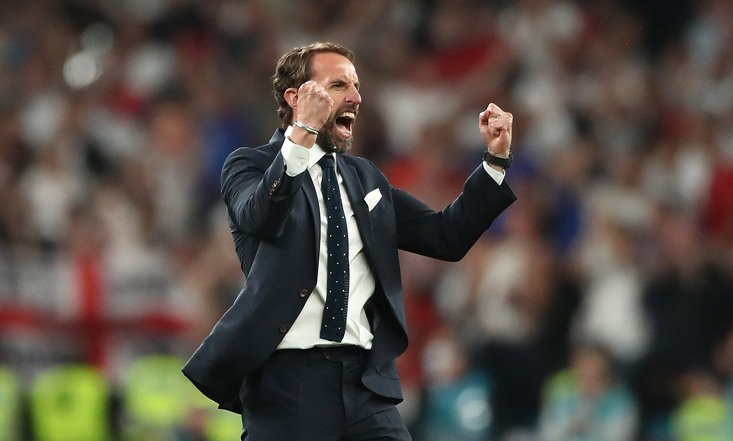 The Danes may exit the tournament one step short of the final, but their incredible journey will leave long in the memory for the whole of Europe.

Their stunning journey following Christian Eriksen's cardiac arrest in their opening fixture has been one of the feel-good stories of any European Championship, and while they will feel bitter about the way their tournament ended there will be nothing but pride for the way the squad has come together under harrowing circumstances.

Kasper Schmeichel was particularly worthy of praise at Wembley, keeping out a number of efforts with brilliant stops, most notably when keeping out a second-half header from Harry Maguire which looked destined for the bottom corner. 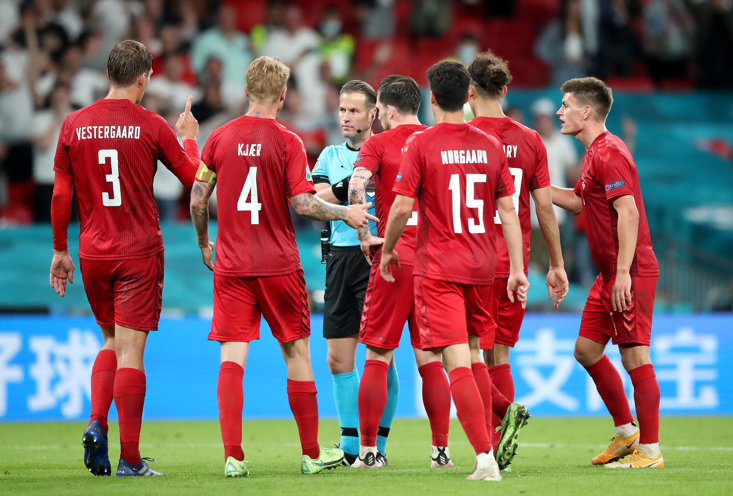