It was an absolutely breathless day of Euro 2020 action as the group stage drew to a close with 18 goals scored in four heart-stopping matches as eight teams' destinies got the rollercoaster treatment.

Here is everything that went on on Wednesday and what it all means for the Round of 16...

Germany gets out of jail against Hungary

The Group of Death very nearly claimed a high-profile scalp in Munich as Germany twice trailed to Hungary before eventually salvaging a 2-2 draw in an absolute thriller.

Adam Szalai's first-half goal gave Hungary hope until Peter Gulacsi's error allowed Kai Havertz to equalise. Yet within 50 seconds the visitors were back ahead thanks top Andras Schafer, and it took until six minutes from time for Germany to snatch the goal they needed to qualify for the last 16 as Leon Goretzka struck to send Hungary packing.

Germany Escape To Reach Round Of 16 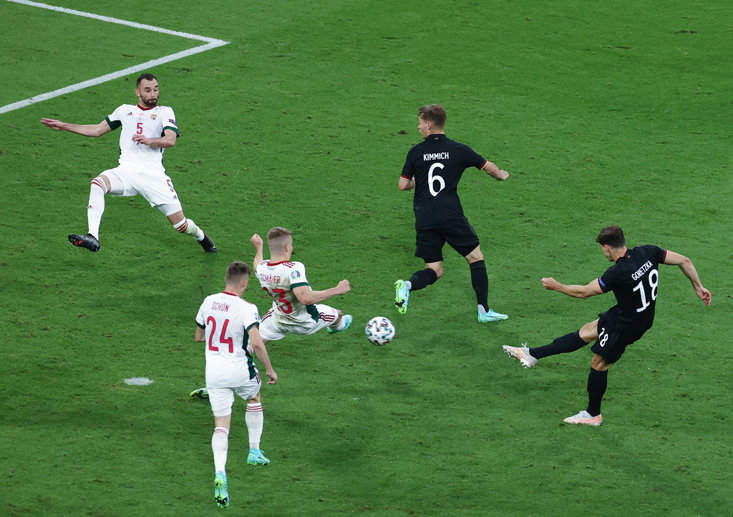 Cristiano Ronaldo scored for the 108th and 109th goals of his international career to equal Ali Daei's world record as Portugal earned a 2-2 draw against France.

The Juventus star netted twice from the spot to book-end the scoring in a see-saw encounter in Budapest, with Karim Benzema netting two goals - one a penalty - for the world champions.

While both teams progress, France face Switzerland but Portugal facer a much tougher encounter against world no.1 ranked Belgium. 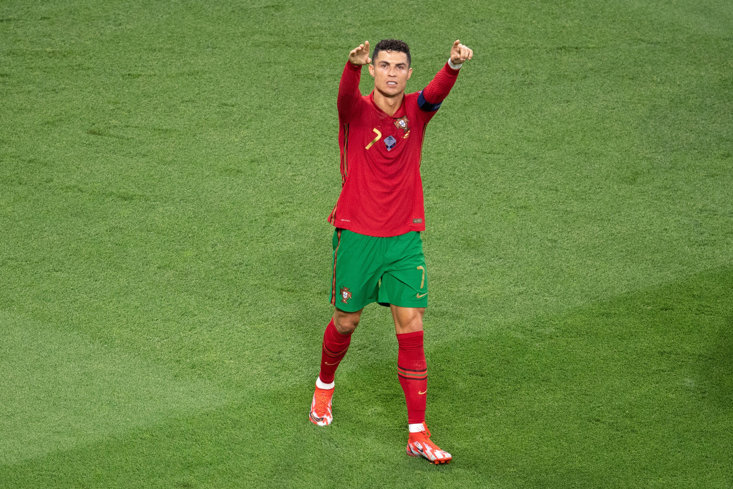 Spain secured the win they needed to reach the Round of 16, battering Slovakia in emphatic style in Seville to register the biggest victory of Euro 2020 so far.

Their 5-0 win looked unlikely after Alvaro Morata missed a first-half penalty, but a calamitous own goal by Slovakia keeper Martin Dubravka opened the floodgates. Aymeric Laporte doubled the lead before the break, and Pablo Sarabia put the result beyond doubt shortly after the interval. Ferran Torres netted a fourth before a Juraj Kucka own goal - the eighth of the tournament - rounded out the scoring to send Spain to Copenhagen for a clash with Croatia in the next round. 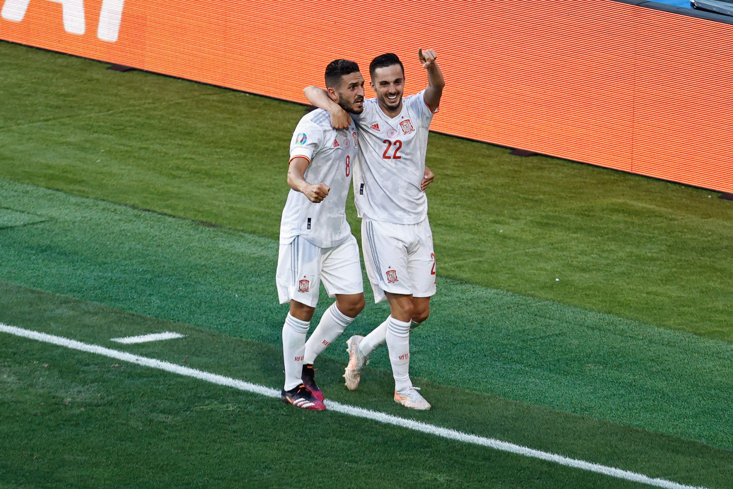 Two second-half goals from Robert Lewandowski proved futile for Poland as they went out of Euro 2020 after a 3-2 defeat to Sweden.

Poland needed a win to continue in the tournament, but Emil Forsberg's brace had put them 2-0 down going into the last half-hour. While Lewandowski's double seemed to have given the Poles hope of a late winner, Viktor Claesson settled it for the Swedes, who have gone about their job superbly so far and face Ukraine next.

Sweden Top Another Tough Group, Now How About Some Credit? 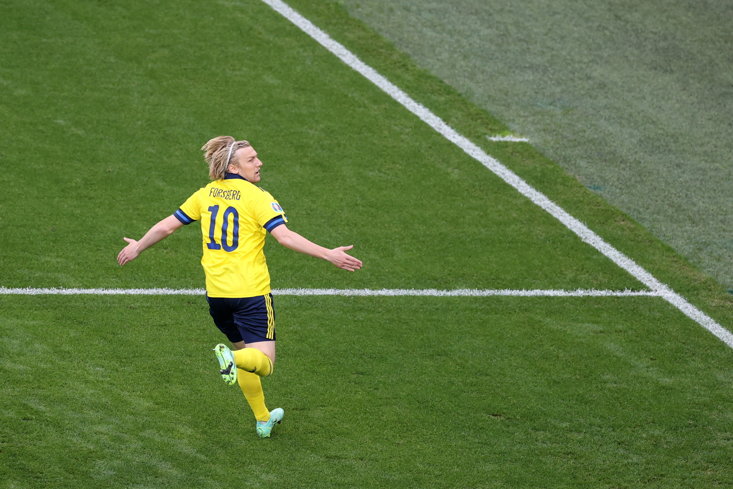 With the group stage now at a close, the Round of 16 draw has been completed and some thrillers await...