Italy became the first finalists of this year's European Championship on Tuesday, seeing off Spain on penalties at Wembley. Meanwhile, Gareth Southgate is backing his England players to make more history in Wednesday's second semi-final. Here's everything you need to know from a breathless evening of action.

Roberto Mancini's Italy side have reached their fourth European Championship final, and their third in six editions, after their heart-stopping victory over Spain from the penalty spot. The Roja were dominant in possession at times but Federico Chiesa's finish after a wonderful counter-attacking move put Italy ahead on the hour.

Alvaro Morata came off the bench to play a magnificent one-two with Dani Olmo and slot an equaliser past Gianluigi Donnarumma with 10 minutes of normal time to play, but both Spanish attackers would go on to miss from the spot as Italy triumphed 4-2 from 12 yards to move on to Sunday's final.

For the Azzurri it marks an incredible turnaround for a nation which was in shock less than four years ago after their first World Cup qualification failure in 60 years. 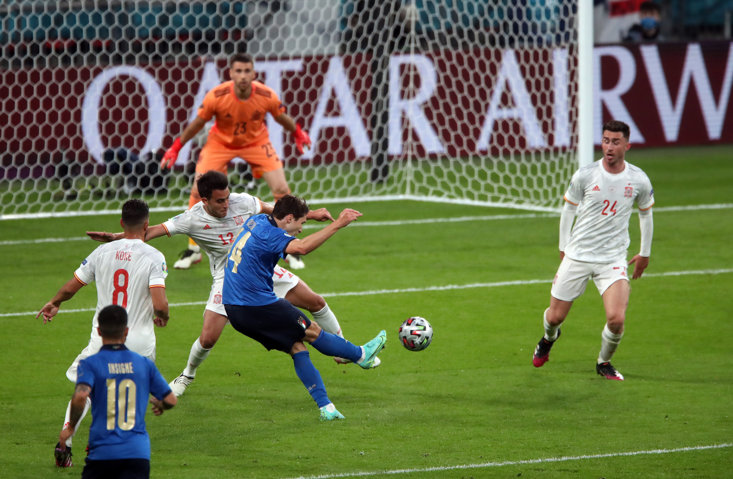 For Luis Enrique and his Spain side, the overall flow of Tuesday's semi-final was further evidence that this may be a better version of La Roja than some had expected pre-tournament. With the likes of Pedri, Ferran Torres et al in their ranks, they could have every hope of making an impact at the 2022 World Cup in Qatar when that gets underway in 18 months' time.

Shoots Of Promise For Spain Despite Penalty Heartbreak 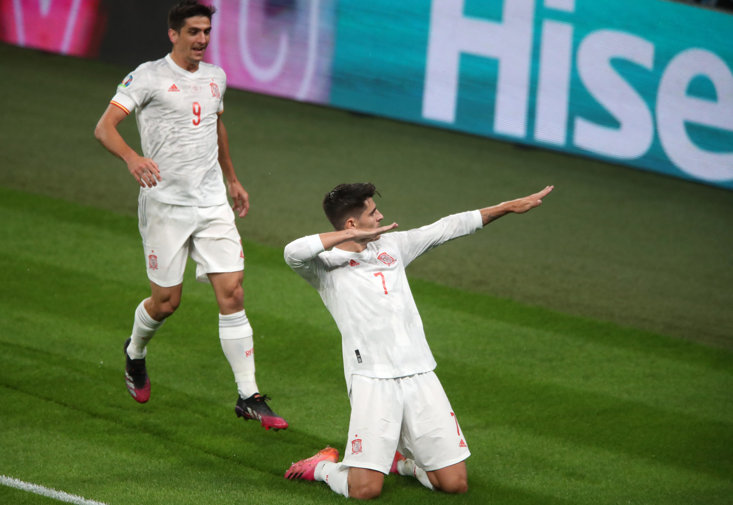 Gareth Southgate says his England squad have the chance to break down further barriers in the next five days as they prepare to face Denmark in the second semi-final.

England have never been to a European Championship final, and their only previous major tournament final came when they won the World Cup on home soil in 1966. But Southgate has told a pre-match press conference that his players have already shown their capability to break new ground.

"We don't have as good a football history as we like to believe sometimes," admitted Southgate, but he added: "These players are making massive strides, we've broken down barriers in this tournament and we have another opportunity to do that tomorrow. We have never been to a European Championship final so we can be the first England team to do that which is really exciting."

"We are ready for the game. The players are ready, they have got tremendous experience themselves, having been in this situation before, and our preparations have been calm and we know we are playing a very good opponent. It's going to be a really tight game and an exciting game for everybody."