Day four of the 2020 European Championship brought us Scottish heartbreak, Slovakian pride and Spain profligacy. In a fascinating trio of matches, the opening round of fixtures in Groups D and E brought us a first goalless draw, a first red card, and a 50-yard wondergoal.

Scotland's return is full of Schick

After a 23-year wait, Scottish football fans might be worth considering whether all the anticipation for a finals tournament appearance was worth it after their side were beaten 2-0 by the Czech Republic in their first Group D match at Hampden Park.

Patrik Schick's first-half header gave the visitors the lead in what had been an even contest until then, and just when the Scots seemed to be launching a rally the Bayer Leverkusen front man pounced with a sensational finish from almost 50 yards as Scotland keeper David Marshall scrambled back towards his own goal following the breakdown of a Scottish attack.

It was a stunning way for the Czechs to put the game beyond their hosts, and they now sit at the top of the group following the first round of games. They face Croatia next on Thursday, shortly before Scotland take on England at Wembley in what is now a must-not-lose fixtures for Steve Clarke's men. 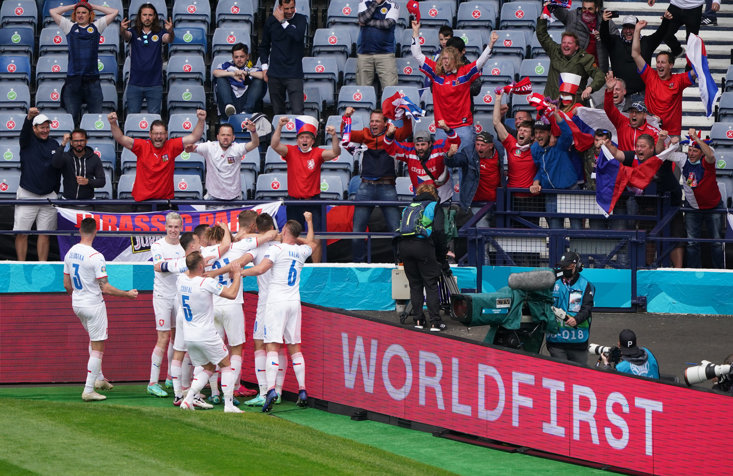 Spain can't get past well-drilled Sweden

Luis Enrique's Spain turned in a dominant performance against Sweden in Seville but couldn't make the most of their 75 per cent possession stats as Alvaro Morata was particularly culpable in a profligate showing in front of goal. La Roja were held to a goalless draw by Janne Andersson's side after proving unable to break down to visitors, with Morata's first-half miss with the goal gaping the worst of their missed opportunities.

At the other end, Alexander Isak saw an effort bounce of Marcos Llorente and hit the post, while Marcus Berg should have at least hit the target when the Swedes countered on Spain midway through the second period.

The draw means both sides remain in a decent position in a Group E from which they are each expected to progress. 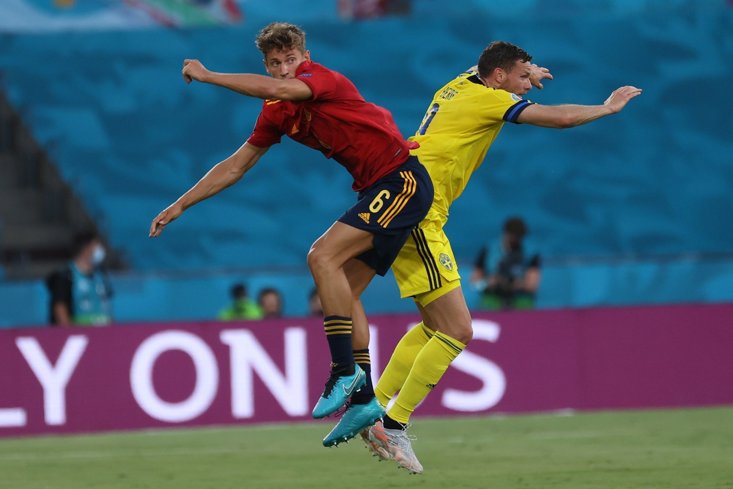 Poland's poor recent record in tournament football continued with a 2-1 defeat to Slovakia in St Petersburg, with Grzegorz Krychowiak becoming the first player to best sent off at Euro 2020. Robert Mak's first-half effort came back off the post and struck Wojciech Szczesny before finding the net as Slovakia gained a deserved advantage, but Poland were level 29 seconds after the break as Karol Linetty scuffed home a low cut-back from the left.

Krychowiak's sending-off for two bookable offences left the Poles short-handed and within seven minutes Milan Skriniar fired home on the turn to win it for Slovakia.

Poland have progressed beyond the groups only once in the last 16 major finals events since the 1986 World Cup, with 10 failures to even make it through qualification in that time, and an opening defeat puts them right behind the eight-ball as they go into Saturday's second Group E fixture against Spain. 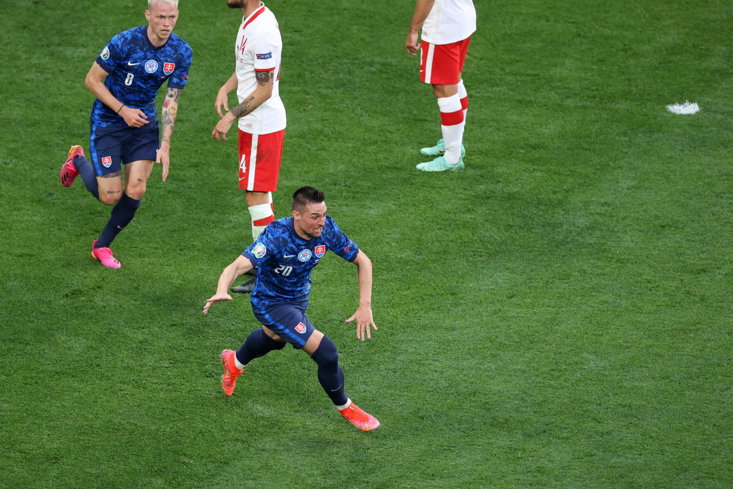 Eriksen 'cracking jokes' and in good spirits in hospital

Christian Eriksen is in good spirits and happy to see the response of the football world after the cardiac arrest he suffered during Saturday's clash between Denmark and Finland, according to his agent.

Martin Schoots told La Gazzetta dello Sport that his client was recovering well when he visited Eriksen in a Copenhagen hospital on Sunday.

"We spoke this morning on Sunday, and he was making jokes, he was in a good mood, I thought he was well," Schoots told the Italian news outlet. "We all want to understand what happened to him, and he does too: the doctors are making some in-depth tests, but we'll need some time.

"He was happy because he understood how much love he has around him. He has received messages from the whole world and he was particularly struck by those from Inter: not just his team-mates who spoke to him in their private chat, but also the fans. Christian won't give up. He and his family want to thank everybody, as half the world contacted us, everyone was worried. Now he only needs to rest, his wife and parents are with him and he will remain under observation."

45,000 to be permitted for semi-finals and final at Wembley

The UK government have confirmed that while the end of Covid-19 restrictions will be delayed by four weeks in England, Wembley will be allowed to welcome 45,000 fans to the Euro 2020 semi-finals and final.

The figure, which is 50 per cent of the national stadium's capacity, is double the number which is permitted for England's three Group D matches and the round of 16 clash between the winner of that group and the runners-up from Group F.

With the Wimbledon tennis finals being allowed to play in front of capacity crowds, culture secretary Oliver Dowden stated: "We want to gather further evidence on how we can open up all big events safely, and for good. The expansion of trials of the NHS app and lateral flow testing will mean that bigger crowds will be able to attend a limited number of major sporting and cultural events early this summer as part of our events research programme.

"In the next few weeks, this means more fans enjoying the Euros and Wimbledon, and some of our biggest cultural and sports events."