Day three of the 2020 UEFA European Championship saw the introductions of six more teams, with England and the Netherlands being big-name winners. Meanwhile, North Macedonia's debut at a major tournament brought a fairytale goal for their legendary skipper Goran Pandev, but they couldn't get the result to match against Austria in Bucharest.

Gareth Southgate's team selection raised some eyebrows prior to kick-off before England faced Croatia at Wembley, but every questioned decision was proven right as the Three Lions won their European Championship opener for the first time in history.

Raheem Sterling scored the only goal despite many wondering if Jack Grealish should have started instead, and while there were doubts as to whether England needed a second defensive midfielder, Kalvin Phillips was their star man playing alongside Declan Rice. Elsewhere, there were excellent performances from Kieran Trippier and Tyrone Mings, whose inclusions were also debated, against a Croatia side who really didn't assert their authority on the game at any point at a sweltering Wembley.

Southgate's side, for whom Jude Bellingham came on late on to become the youngest player in Euro finals history, face Scotland in their next fixture on Friday once more under the Wembley arch.

STERLING AND PHILLIPS COMBINE TO GIVE ENGLAND THE PERFECT START 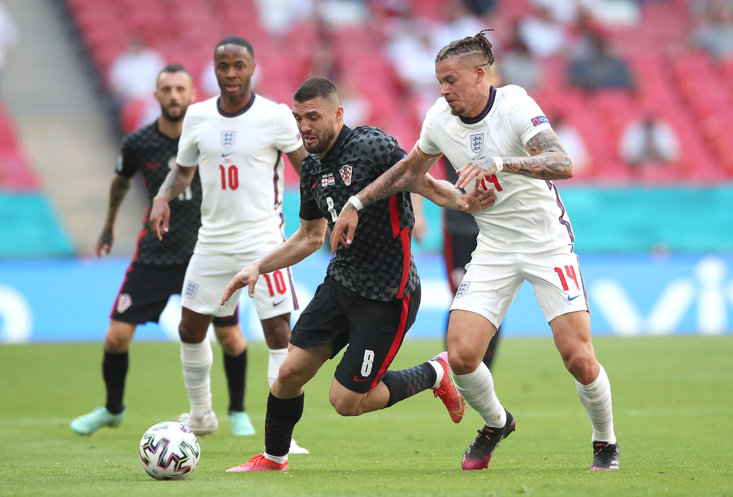 After an epic first half at the Johan Cruyff ArenA in Amsterdam, the Netherlands and Ukraine had somehow gone into the break in their Group C clash without scoring. But the second half was to provide incredible drama as the Dutch took a two-goal lead only to then need a late winner from an unlikely goalscorer to see them over the line.

Georginio Wijnaldum and Wout Weghorst had given the Oranje a comfortable 2-0 lead going into the final 15 minutes, but a stunning effort from Andriy Yarmolenko halved the deficit and within four minutes Roman Yaremchuk had headed home a Ukraine equaliser.

But with just five minutes to go, wing-back Denzel Dumfries netted for the first time in his international career to get Frank de Boer's side off the hook in their first major tournament fixture in seven years.

NETHERLANDS BACK WITH A BANG IN FIVE-GOAL THRILLER 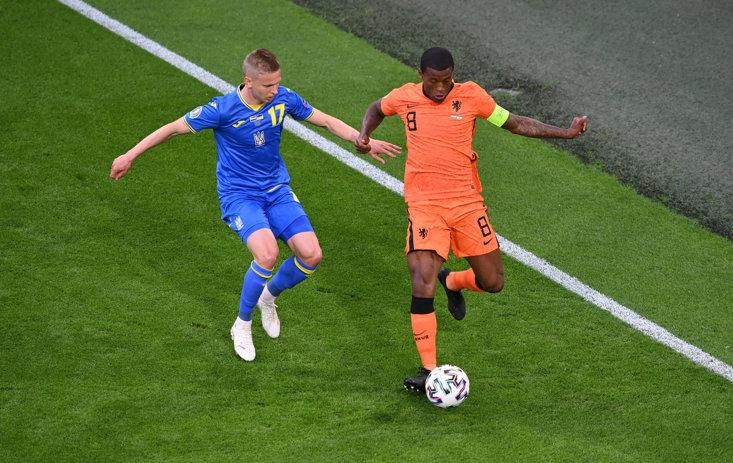 Franco Foda's Austria overcame determined debutants North Macedonia to register their first ever European Championship win, and a first victory at a major finals since the 1990 World Cup.

Stefan Lainer had superbly turned home a first-half shot to give Das Team the lead, but Goran Pandev soon levelled after a calamitous mix-up at the heart of the Austrian defence. The identity of the goalscorer was fitting given Pandev's long international career with North Macedonia, with the Genoa striker having also scored the goal that secured their qualifications through the Nations League play-offs.

There was to be no fairytale victory for the Macedonians though, with Michael Gregoritsch and Marko Arnautovic scoring late goals to hand Austria a 3-1 win in Bucharest.

AUSTRIA LEAVE IT LATE TO SEE OF NORTH MACEDONIA 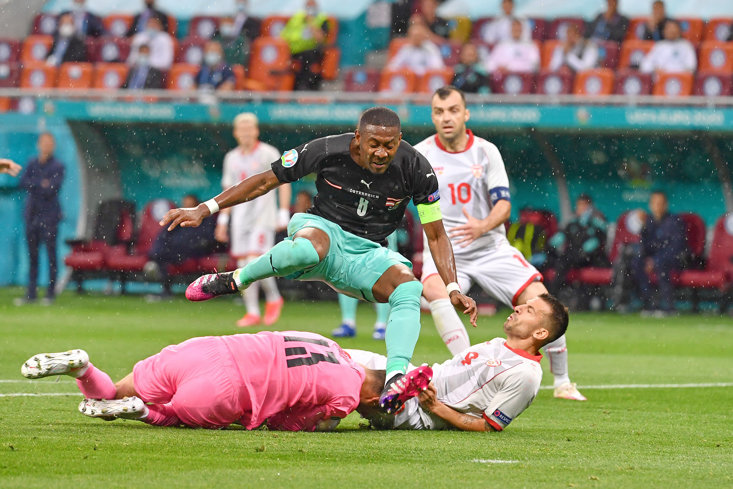 Following confirmation from Denmark team doctor Morten Boesen that midfielder Christian Eriksen suffered a cardiac arrest during Saturday's Group B clash with Finland, the Danish head coach Kasper Hjulmand admitted that his side should not have completed the delayed fixture.

Eriksen was rushed to a Copenhagen hospital after the incident but was stabilised and said to be awake later on Saturday, with his teammates resuming the game less than two hours later.

"We should not have played," Hjulmand told reporters on Sunday. "I get the feeling from the players that maybe the time is too short to try to play football again, but maybe we can use it as a force to get together and try to go out and do our best in the next match."

His side are scheduled to meet Belgium in their second group fixture on Thursday at the same Parken Stadion setting, while there have been countless tributes paid to Eriksen by players and fans over the past couple of days as the continent has come together in support of the Inter star.

Adams ready to achieve "something special" with Scotland

Che Adams says he can't wait to have an impact for Scotland as they get ready to face Czech Republic at Hampden Park on Monday in their first major finals match in 23 years.

Adams only committed his allegiance to Scotland in March thanks to his links through a maternal grandparent, but he has hit the ground running for the Tartan Army, scoring twice in four caps to date.

"It's a good bunch of lads and they've welcomed me with open arms," Adams told ITV of his Scotland teammates, and he's hoping they can leave a serious impression over the next month.

"We could be legends, from one tournament, and all it takes is hard work and dedication. The team spirit's there, we just need to match it on the pitch and we can do something special."