The opening day of the Euro 2020 quarter-finals brought us a timely return to form from the penalty spot for Spain and another exhilarating performance from Italy as Tuesday's first semi-final was confirmed.

Here's what took place on another absorbing day at the Euros...

Having missed their last five penalties and failed again with the first in the shootout, Spain finally found their form from 12 yards to beat Switzerland 3-1 on penalties after a 1-1 draw in St Petersburg. A Denis Zakaria own goal from Jordi Alba's shot had put the Spaniards in front but Xherdan Shaqiri equalised to leave the tie in the balance. But Spain failed to capitalise on Remo Freuler's red card in the second half and the game was ultimately decided on penalties.

And when Sergio Busquets missed their opening penalty it appeared that there would be more penalty heartbreak, but Switzerland missed three successive kicks, including Ruben Vargas' skied effort as Spain marched on to the semi-finals. 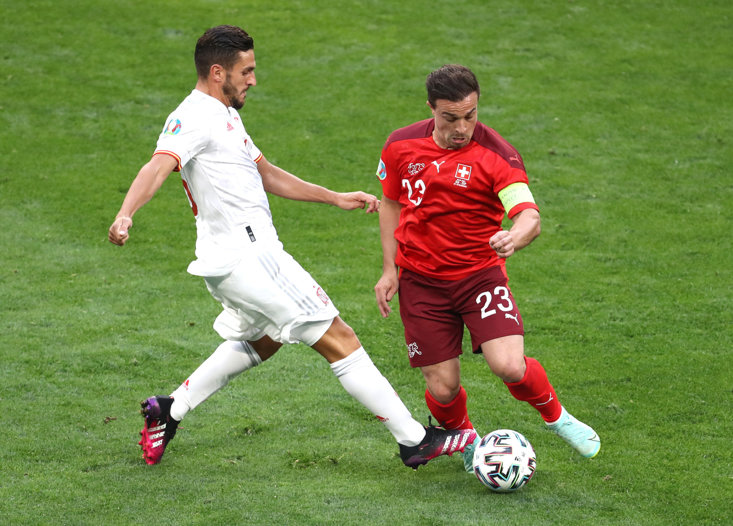 Roberto Mancini's italy continued their fantastic run of form by beating Belgium 2-1 to reach only their third ever European Championship semi-final and their first in 33 years.

Nicolo Barella and Lorenzo Insigne scored excellent first-half goals as the Azzurri again played with great verve, but they were left holding on to an extent after Romelu Lukaku's penalty in first-half injury time following a foul by Giovanni Di Lorenzo on Jeremy Doku.

There was bad news too, though, for Mancini as Leonardo Spinazzola pulled up with a torn Achilles tendon late on, with the Roma left-back likely to miss several months of action. 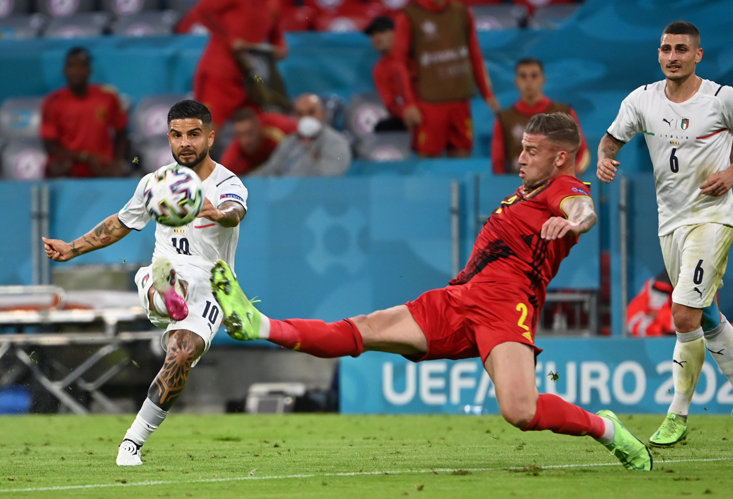 England manager Gareth Southgate has insisted it will be a good thing for his side to not be playing at Wembley on Saturday when they face Ukraine in their quarter-final at Rome's Stadio Olimpico.

The Three Lions' four games to this point have been played at their own national stadium, and they would play under the arch twice more should they make it to the semi-finals and final. But Southgate says it is a good thing to be away from Wembley following Tuesday's win over Germany there.

"To have a different focus, different surroundings, a different challenge it's good for us," he told a pre-match press conference. "I think it's good to come away from Wembley now, as it would have been hard to replicate the atmosphere we had the other day."