After the completion of the first swathe of Euro 2020 fixtures, on Wednesday we were treated to our second look at teams in Groups A and B, with Italy becoming the first team to progress to the knockout phase of the competition.

Here's all the biggest news from on and off the field over the last 24 hours.

Having looked set to rue a number of missed opportunities, Wales just kept making more as they eventually overcame Turkey 2-0 in Baku. Aaron Ramsey missed a couple of golden chances and Gareth Bale skied a penalty in the Group A clash but goals from Ramsey and Connor Roberts were enough to see off a disappointing Turkish outfit.

Only a mathematical miracle would now stop Wales from progressing to the last 16, while a draw against Italy in their final group match would be enough to make their qualification a certainty. 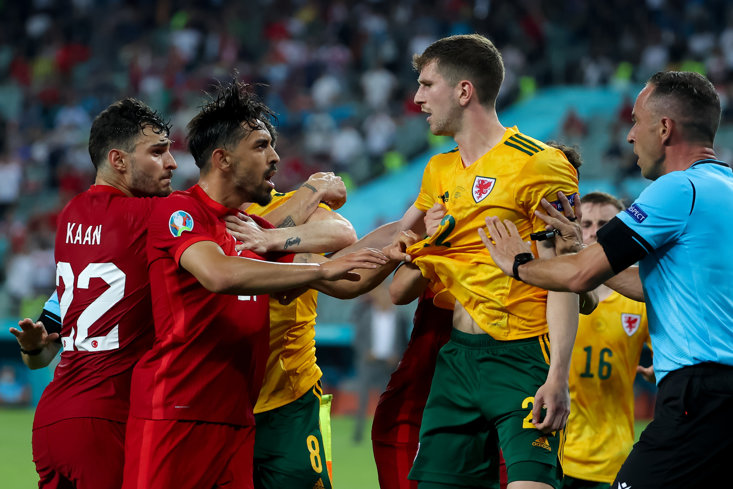 They might have had an early Giorgio Chiellini effort ruled out by the VAR, but Italy continued to dominate Switzerland in Rome to run out 3-0 winners and book their ticket in the round of 16.

Manuel Locatelli started and finished the move which put the Azzurri ahead, finding Domenico Berardi with am stunning through-ball and then finishing the wide man's cut-back midway through the first half.

Locatelli then thrashed home a low left-foot drive shortly after the break to complete a fantastic team move and put the game well beyond the Swiss, who conceded a late third to Ciro Immobile. Vladimir Petkovic's side must now beat Turkey in their final Group A game and either hope Wales are well beaten by Italy or cross their fingers that four points will be enough to see them through as one of the four best third-placed teams.

LOCATELLI THE STAR AS ITALY SAIL INTO LAST 16 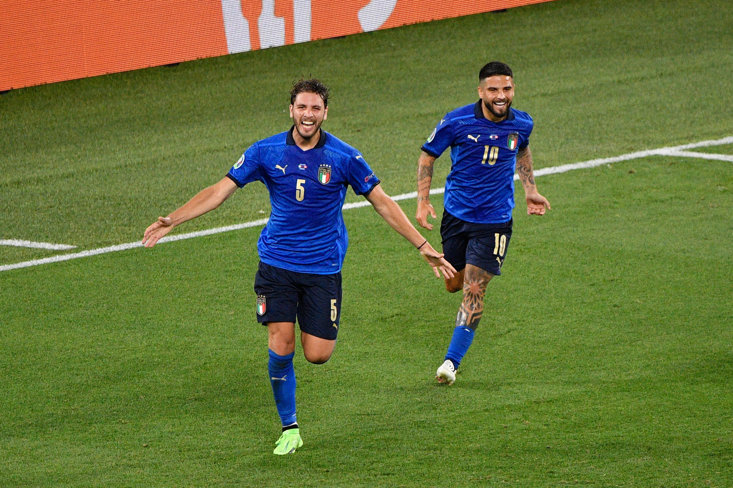 While they will take the 1-0 victory over Finland which saw them respond to a 3-0 opening loss to Belgium, Russia will know they have much work to do if they are to go deep at Euro 2020.

Aleksei Miranchuk's lovely finish just before the break with almost no back-lift and with multiple Finnish markers around him was a touch of class which belied the quality of the game itself as the home side struggled to deliver a compelling performance.

While they are now well placed to challenge for second spot in Group B, Stanislav Cherchesov's side won't have had many onlookers rushing to back them to win the tournament at 80/1. 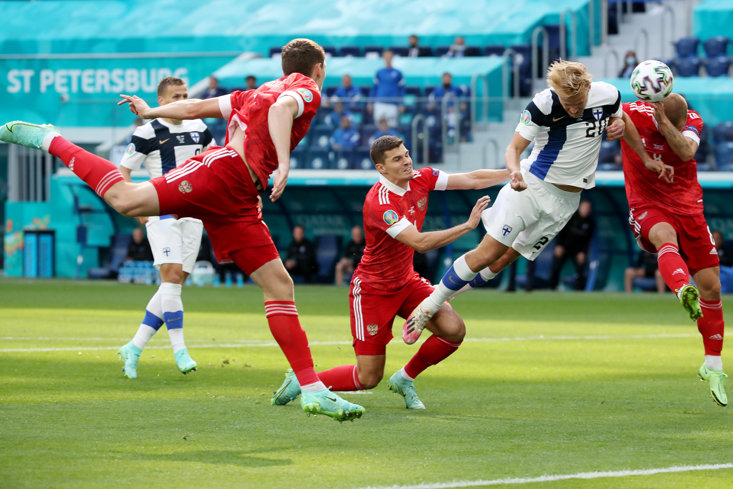 Ramsdale talks of "whirlwind" after replacing Henderson for England

Sheffield United goalkeeper Aaron Ramsdale has spoken of a huge 24 hours in his career after being called into the England squad to replace the injured Dean Henderson.

The Manchester United shot-stopper had to withdraw from Euro 2020 after feeling ongoing pain in a problem hip, and Ramsdale has been promoted from the standby list to take Henderson's place.

"It's been a whirlwind of emotions, it was definitely difficult coming in yesterday," Ramsdale told Sky Sports News. "Obviously, Dean was still here and I have a great relationship with Dean, and for him to have worked so hard to get into this position, for it to be taken away from him was devastating for him.

"On the other hand, it is an opportunity for me to come on this journey with the England senior team and reach the final and try to win the European Championship."

Thomas Delaney says the experience of watching teammate Christian Eriksen suffer a cardiac arrest on the pitch against Finland on Saturday has brought the Denmark squad closer together.

"Everyone had the opportunity to be honest about their feelings and it's been a good thing," the midfielder told reporters on Wednesday.

"I've experienced a lot in this squad for the past few days, and it's nice that we all know each other and everyone can just be themselves. It is a terrible situation, but thankfully it's a nice place to be right now."

Denmark return to the same Parken Stadion setting on Thursday when they face Belgium in Group B.