Football
News
Gareth Southgate may have a decision to make on his goalkeepers ahead of Euro 2020
Kris Voakes
12:00, 18 May 2021

England’s run to the World Cup semi-finals in 2018 was all about the moments. Harry Kane’s late winner against Tunisia, Eric Dier’s shoot-out winner, Kieran Trippier’s free-kick. And then there was that Jordan Pickford save from Colombia’s Mateus Uribe.

Sure, Yerry Mina would almost immediately have made the England keeper’s heroics feel futile as he nodded home an equaliser from the resulting corner, but it was all part of the legend. It was a magnificent contribution from one of the star turns of the Three Lions’ best major tournament performance in 28 years.

And yet, three years on, there are questions over Pickford heading into Euro 2020. With Dean Henderson having wrestled the number-one spot at Manchester United from four-time Player of the Year David de Gea, there is significant debate over who should don the gloves for the opening clash with Croatia at Wembley on 13 June.

Pickford’s season with Everton has been far from convincing, with even a personal upturn in form having done little to arrest a malaise which has seen the Toffees beaten at home by West Ham, Newcastle, Fulham, Burnley, Aston Villa and Sheffield United in 2021 so far thanks to the concession of sloppy goals. Meanwhile, Henderson remains still pretty raw as a top-level goalkeeper. 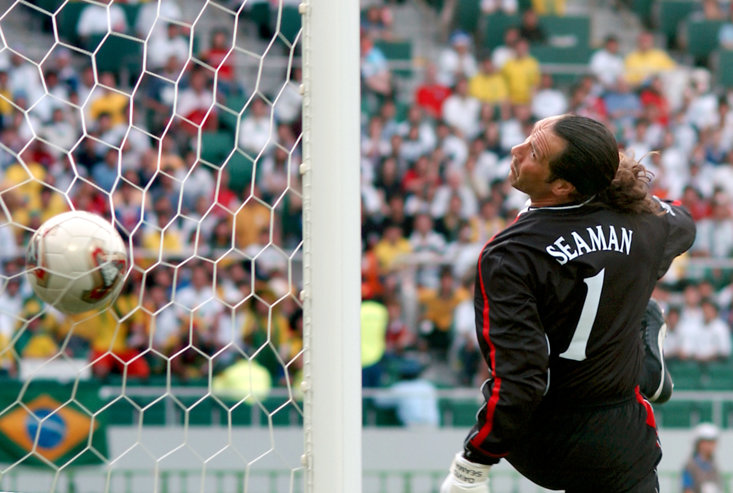 SEAMAN'S ERROR SPARKED A LENGTHY RUN WITHOUT A CONVINCING NO. 1

It feels like a very long time since England had a really settled goalkeeper who had the majority of the nation believing in him. Pickford had only three caps to his name when he was named in Gareth Southgate’s squad for Russia 2018, but some had him marked down as the country’s most long-term option between the sticks since David Seaman following his performances at the World Cup. However, he has regressed if anything in many minds since that run three summers ago.

Aside from maybe Joe Hart at the 2014 World Cup following a Premier League-winning season with Manchester City, it is hard to recall a settled England number one in the last 20 years. The part Seaman played in Ronaldinho’s winner for Brazil in the 2002 World Cup quarter-final seemed to mark the start of an era in which England could no longer simply rely on having a steady goalkeeper.

David James had a short run before being usurped briefly by Paul Robinson, and Rob Green was given a single shot against the USA at the 2010 World Cup before his error resulted in James getting another go. After Hart broke in ahead of Euro 2012 it appeared that England might have their new stable number one, only for his City career to hit the buffers and his mistake in conceding Iceland’s winner at Euro 2016 being followed by a loan to Torino and the speedy decline of his spell at the top of the game.

For all the talk of depth in positions like right-back and attacking midfield, perhaps Southgate’s biggest headache will be over who fills the role in goal. Pickford contributed so much in 2018, but sentiment cannot come into the manager’s mind as he looks to end a 55-year trophy drought. 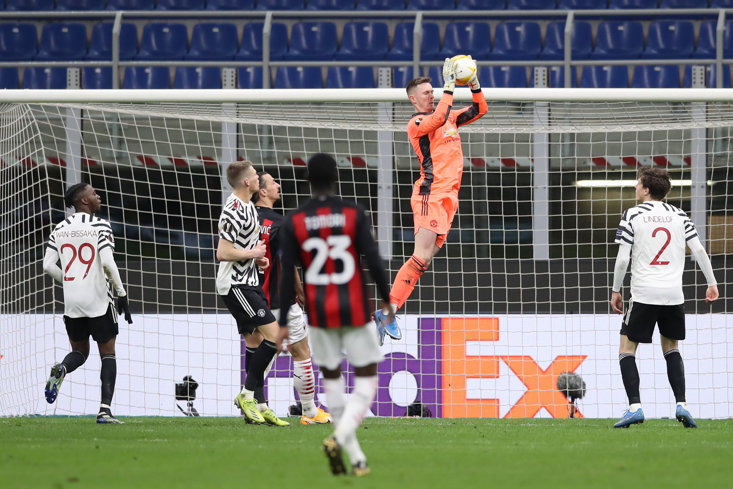 Henderson’s heroics over two years at Sheffield United showed that he had the talent to be more than just a number two to De Gea at Old Trafford, and his recent emergence as Ole Gunnar Solskjaer’s first choice is a huge tick in the box for the Cumbrian youngster. Yet United’s 4-2 loss to Liverpool last week in the absence of Harry Maguire had Roy Keane and others questioning whether Henderson has the presence to be the man to turn to, either for United in the Europa League final or for England at this summer’s Euros.

Does Pickford, as the man in possession, deserve the manager’s faith? Southgate certainly seemed to think so when asked in November at a time when his number one had been left out of Everton’s side by Carlo Ancelotti.

“When people say I have been loyal to him, he has deserved that. His performances for us have been excellent so that has not been a difficult decision for me,” said Southgate. “We have some competition for places, but I would have to say that there is nobody who I think is challenging seriously at the moment to push him out of that position.”

Six months on, have the varying paths of Henderson and Pickford changed the manager’s mind? We will find out in less than four weeks’ time. But it might be a lot longer than that before we discover whether England have truly found their first long-term number one in a generation.