Football
News
The Slovakian skipper was once the man defined as a difference-maker for AC Milan
Kris Voakes
10:57, 28 May 2021

“We have identified Mister X, but it is not certain he will arrive. In any case, we have identified him,” announced AC Milan CEO Adrian Galliani in the summer of 2011 as the club basked in the glory of their first Serie A title in seven years. “We will see what happens in the last few days of August, but the player we are looking for has good physique and is a concrete player.”

He went on to describe a “1.83m tall, thick-haired midfielder” as the missing piece in the puzzle as they looked to build a squad “worthy of the Champions League”. This club, which forever spoke of having the European Cup ‘in its DNA’ was courting Napoli’s Marek Hamsik in public as it looked to make waves again on the continent.

Yet something happened at Milan that summer. Something unforeseen yet altogether predictable. The Berlusconi family company, Fininvest, was hit with a €560m damages payout following a legal dispute with rival media firm Mondadori. The knock-on effects were massive, with Milan president Silvio Berlusconi being forced to scale down his plans for Milan and an end being brought to an era in which he had thrown good money after bad at the Rossoneri to win favour with football fans and, with them, the wider public. He’d already been advised to curtail his spending on the club the previous summer, only to blow millions on Zlatan Ibrahimovic and Robinho as he looked to prolong his and Milan’s time in the spotlight.

But there was to be no play for Hamsik in 2011, with the much more modest signing of Alberto Aquilani being completed instead, and within a year Milan had been forced to sell both Ibrahimovic and Thiago Silva to Paris Saint-Germain as their spending caught up with them at a time when Financial Fair Play was also beginning to cause a rethink. 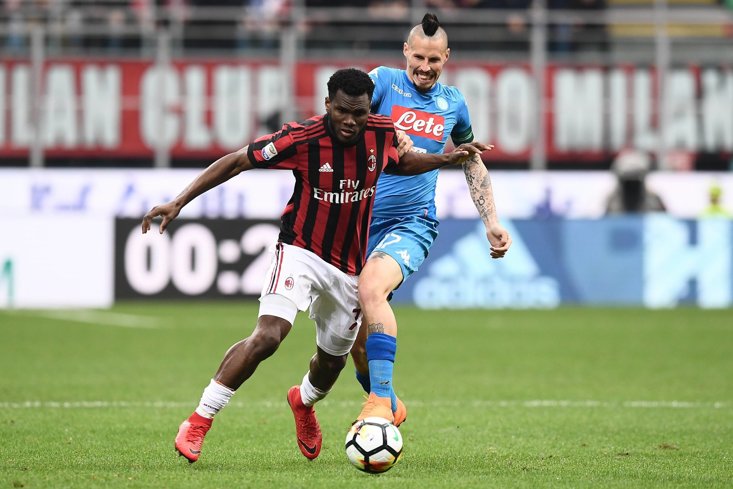 HAMSIK WAS MILAN'S 'MISTER X' AS THEY AIMED FOR EUROPEAN GLORY

For Hamsik, there was the prospect of continuing to play a support act to Napoli’s two big names of that time. Ezequiel Lavezzi was being spoken of in the same breath as Diego Maradona thanks to his brilliance in the famous blue shirt, while Edinson Cavani’s loan move from Palermo was becoming permanent after a 33-goal season which had pushed the Partenopei to the verge of a first Scudetto in 21 years before suffering a late collapse.

Within two years, though, both Lavezzi and Cavani had gone, each snapped up by PSG as part of their lavish assault on the summit of European football. Hamsik remained in Naples, and it would be he – not Lavezzi or Cavani – who would leave the lasting impression on a public enthralled by their local football team.

He was with Napoli for almost 12 years in total, his lung-busting work in both halves of the pitch winning him countless plaudits but no Scudetto, despite further close shaves. Two Coppa Italia triumphs were warmly received by the Naples public, but there was an element of the Hamsik-Napoli love affair which made it feel like business had been left unfinished when he headed east to Dalian Yifang in early 2019. The mutual bond between player and fans had been worth every one of his 520 appearances and 121 goals but Hamsik’s performance levels had suggested that more significant silverware might be possible. 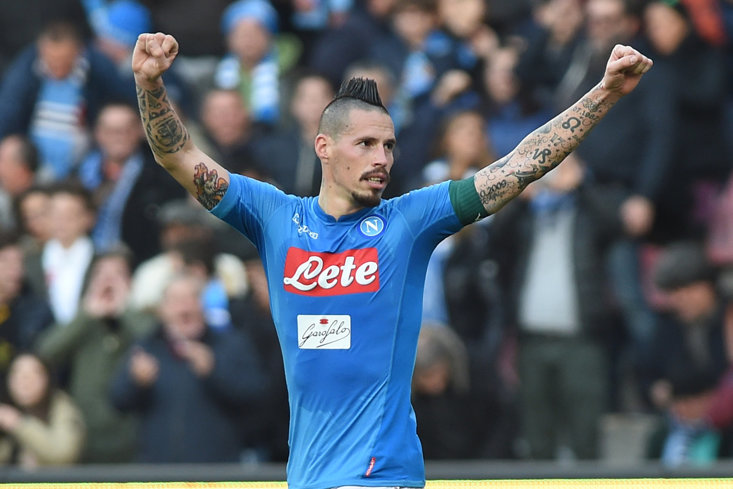 Now with IFK Gothenburg and approaching his 34th birthday, Hamsik leads Slovakia to a third major tournament since independence as his country’s captain, top appearance-maker and greatest-ever goalscorer. Just as he was idolised in Campania, he is adored by those in his nation, but as he heads to Euro 2020 this summer he will know that this is likely his last chance to make waves on the international stage.

Slovakia’s trips to the last 16 at both the 2010 World Cup in South Africa and Euro 2016 in France were favourable returns, but a player and a leader who was once the Mister X identified as the man to lead a European superpower back to the top of the game deserves to have a defining moment, either in terms of domestic glory or a truly special moment with the armband of his country around his bicep.

Marek Hamsik’s might not be a name which lingers for many fans across the globe, but those who hold Italian and Slovakian football dear will be desperate for him to have one last hurrah in front of the eyes of the world this summer. A magnificent midfielder who came so close to greatness with Napoli and could have been that final piece of the puzzle at Milan gets one more chance to take Slovakia to new heights in the international game.

A Hamsik-inspired run to the late stages would be the least the great man deserves.

Check out our other Group E previews here: Spain, Poland and Sweden.