Wales have a lot to live up to. On Saturday they get their Euro 2020 campaign going when they face Switzerland in Baku, but after their sensational exploits in 2016 they are no longer the dark horses they were going into the last finals tournament in France.

They arrived in Bordeaux for their first match five years ago with very few people tipping them to do much in Group B, let alone win it. Of course, there was the Gareth Bale effect to consider, and when he opened the scoring against Slovakia in their opening game it came as a surprise to nobody. But what developed, with that run to the semi-final via a stunning last-eight win over Belgium, stunned even the most die-hard Welsh fan.

This year is different though. Bale is no longer an unstoppable 26-year-old Champions League winner wowing the world with Real Madrid, and is instead a sometime loanee starter at Tottenham Hotspur who is the wrong side of 30 and facing the most unclear of futures. Where in France there was a peaking supporting cast around Bale, this time around there is no Ashley Williams at the back, Aaron Ramsey is now a Juventus sub rather than an Arsenal regular and Joe Allen is playing his football in the Championship at Stoke and not in a European final with Liverpool.

On the bench there has been a fair amount of tumult too. The steady hand of Chris Coleman, appointed to the role as a successor to his late friend Gary Speed, was the perfect manager to lead Wales into their first major finals in 58 years in 2016. But in 2021 they are being managed by Robert Page, a temporary stand-in promoted into the job as a result of Ryan Giggs’ ongoing legal issues over an alleged assault. 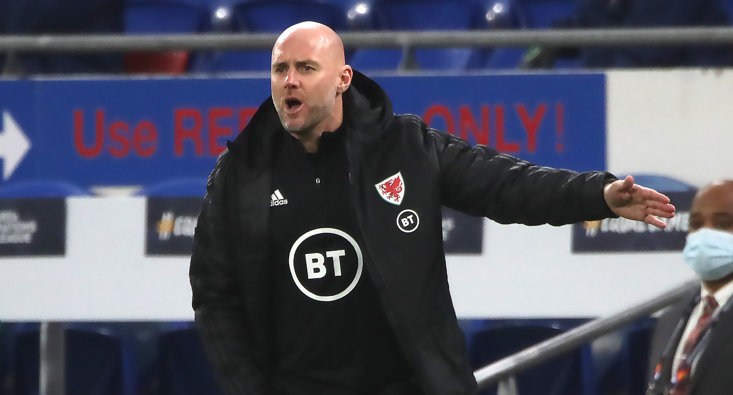 So what have Wales got going for them this time? One thing they definitely have is a young, vibrant squad. Manchester United’s Daniel James, at 23, and 24-year-old Harry Wilson, the Liverpool talent who spent the last season on loan at Cardiff City, provide great attacking pace and flair. Meanwhile at the back, Liverpool’s Neco Williams and Spurs’ Joe Rodon have stepped up in the Premier League over the last 12 months. And while his 25 top-flight games this term came at easily-relegated Sheffield United, defensive midfielder Ethan Ampadu has collected a great amount of experience for a 20-year-old.

Of course, there is only so much you can expect from youngsters over the course of a major international tournament, but that’s where those earlier names come back into the picture. Ramsey, Allen and Bale might not be able to deliver the same performance level that they produced in their mid-20s back in France, but if they can do enough to nurture and guide the new young crop of Welsh talent, then there might be another knockout adventure in this side.

In a group with Italy and Turkey, Wales and Switzerland will both fancy their chances of competing for a high-performing third-place finish at the very least, if not second outright and automatic qualification for the last 16. And while the Swiss boast well-known names such as Xherdan Shaqiri, Granit Xhaka, Haris Seferovic and Fabian Schar, Page will insist to his players that there is certainly nothing to fear first up for his Wales side.

And if they can get another opening-day win as they did in Bordeaux five years ago, then we might yet get to see the Welsh Dragon flying longer than expected once again.

MATCH CENTRE: WALES v SWITZERLAND
x
Suggested Searches:
Manchester United
Liverpool
Manchester City
Marcus Rashford
Premier League
More
football
Brazil Close On Olympic Double As Spain Continue Phenomenal...
Brazil’s men’s football team have taken a giant step forward to retaining their Oympic title [ ... ]
football
Harry Kane Take Note: Five Footballing No Shows Who Tried To...
Harry Kane’s decision to stay away from Tottenham Hotspur training this week is nothing unusual [ ... ]
football
Joe Hart Is Exactly The Kind Of Astute Signing Struggling Celtic...
It is a move which will unite a club already knocked out of the Champions League with a goalkeeper who [ ... ]
football
What Did Fans Make Of Their Return To Competitive Football This...
Competitive football in England returned with fans this weekend for the first time since restrictions [ ... ]
football
Three Things We Learnt From Opening Weekend Of The Scottish...
The Scottish Premiership got underway this weekend as domestic football returned to Britain with a bang. [ ... ]
football
Is It Time For Men's Football To Give The Olympics A Miss?
As the Olympic football tournaments reach the semi-final stage it is worth reflecting on whether the [ ... ]
football
Coady And Jimenez Among The Keys As Lage Seeks Flying Start...
It is the dawning of a new era for Wolverhampton Wanderers this season. Nuno Espirito Santo has moved [ ... ]
football
Five EFL Championship Players To Watch In 2021-22
The Sky Bet Championship gets underway in less than a week and fans cannot wait for another season of [ ... ]
football
Reunion With Craig Gordon A Reminder Of The Leaders Celtic Are...
Celtic’s Scottish Premiership opener will include a reunion with ex-goalkeeper Craig Gordon when [ ... ]
football
Theo Walcott Can Finish His Career On A High After Returning...
Theo Walcott was once England’s youngest-ever debutant, a speedy forward ready to put the frighteners [ ... ]
football
Treble Or Failure? Expectations Are Sky High For Gerrard And...
This time last year Rangers were a team with loads to prove and a big hole in their trophy cabinet. [ ... ]
football
Sam Kerr-Inspired Matildas Send Team GB Crashing Out Of Tokyo...
Sam Kerr inspired Australia to the semi-finals of the Olympic football tournament after a 4-3 victory [ ... ]
football
Graham Potter Will Face His Sternest Test As Brighton Manager...
Brighton and Hove Albion are about to get underway in their fifth consecutive season in the Premier [ ... ]
football
The Bold, The Brash And The Bizarre, The Best Kits For The 2021/22...
The 2021-22 season is only days away and it is time to decide on some of the nicer football kits that [ ... ]
football
Celtic Champions League Woe: Postecoglou Can't Carry The Can...
“We never stop,” insisted Ange Postecoglou to his Celtic players. “If our movement’s [ ... ]
football
Time For Dyche And Burnley To More Than Just Make Up The Premier...
Burnley are about to enter their sixth consecutive season in the Premier League, and it is time for [ ... ]
football
Toby Alderweireld Exit Another Step Closer To End Of Pochettino...
Toby Alderweireld’s Tottenham Hotspur departure is another step closer to the end of Mauricio [ ... ]
football
USWNT's Olympic Woes Are Not New But The Concern Is Very Real
We’ve been here before with the United States women’s national team… just not very [ ... ]
football
Brentford Are Way More Than Just Ivan Toney As They Approach...
Brentford will be the 50th side to have ever played in the Premier League when they begin their season [ ... ]
football
#HerGameToo Survey Reveals Shocking Scale Of Sexist Abuse Towards...
The social media movement #HerGameToo aimed at stamping out sexism in football has released the results [ ... ]
football
Future Chelsea Boss? John Terry's Aston Villa Apprenticeship...
Steven Gerrard is about to lead a title defence with Rangers, Wayne Rooney is fighting fires at Derby [ ... ]
football
Scottish Premiership Betting Preview: Rangers To Dominate Under...
The Scottish Premiership is back this weekend with a tasty opening round of fixtures kicking off the [ ... ]
football
Will Watford's Hire And Fire Policy Keep Them In The Premier...
In less than two years, Watford have had four permanent managers. Xisco is the man currently in the [ ... ]
football
Varane & Maguire Partnership Could Be Crucial to Man United's...
With the impending arrival of French centre-back Raphael Varane from Real Madrid, Manchester United [ ... ]
football
Everything You Need To Know About The Opening Weekend In The...
The 2021/22 Scottish Premiership campaign gets underway this weekend as Steven Gerrard’s Rangers [ ... ]
football
Norwich Should Be Praised For Trying To Do Things Differently...
Norwich City are always beaten with the same stick. Even when they were promoted in May, their social [ ... ]
football
On This Day In 1974: Bob Paisley Becomes Liverpool Manager As...
Much is made of Bill Shankly’s legendary impact in transforming Liverpool from a failing second [ ... ]
football
Welcome Home! The Footballers Who Returned To Their Boyhood...
Lukas Podolski has made a dream move to his boyhood club Gornik Zabrze at the age of 36, fulfilling [ ... ]
football
Former Team GB Manager Stuart Pearce Reflects On London 2012
Only one man in history has managed a men’s football team for Team GB at the Olympic Games. Back [ ... ]
football
Why Are David Beckham's Inter Miami Failing Under Phil Neville?
It wasn’t meant to work out like this. David Beckham, one of the most famous sportsmen on the [ ... ]