The 16th UEFA European Championship is set to get underway on Friday after a one-year delay as a result of the Covid-19 pandemic. The domestic seasons may be over but there is plenty more football to be enjoyed over the next month as the quadrennial tournament goes on tour around the continent.

Here is what to look forward to on day one…

Last meeting: The two sides last met in an international friendly in November 2006. They contested a 1-1 draw with Antonio Di Natale on the scoresheet for Italy and Marco Materazzi registering an own goal for Turkey.

Roberto Mancini will be tasked with correcting the mistakes of previous boss Gian Piero Ventura following Italy’s failure to qualify for the 2018 World Cup – losing to Sweden in the qualifying play-offs. It was the first time Italy had failed to qualify for a major tournament since the 1958 World Cup. In Mancini’s 30 games at the helm, Italy have recorded 21 wins, seven draws and two losses. The Italian is clearly wanting to avoid any more humiliations for one of football’s greatest nations.

In a group also featuring Wales and Switzerland, the former Manchester City boss’ side are the favourites to finish as group winners, and Andrea Belotti could be one to watch as he was the Azzurri’s top goalscorer in the qualifiers with five. 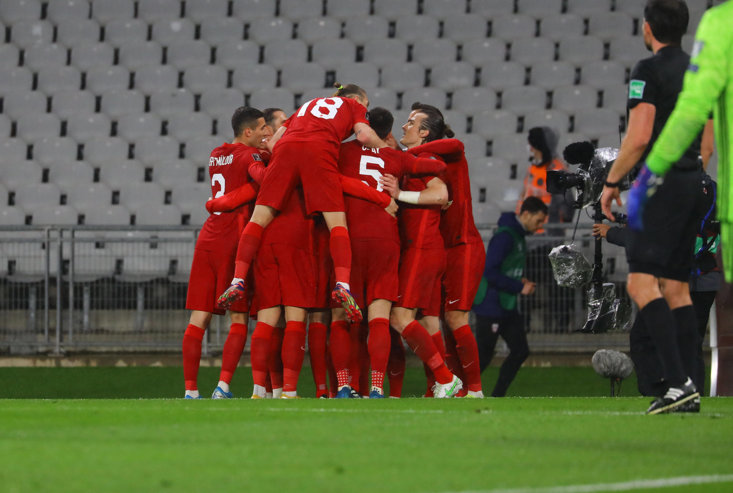 Turkey will be looking to better their last Euros outing in 2016 when they were eliminated at the group stage, coming up against Croatia, Spain and Czech Republic and only beating the latter. Their chances of matching their 2002 World Cup exploits would appear more favourable this time around given the group they have been drawn in. They will be reliant on key figures such as Çağlar Söyüncü to lead the back line, while a lot will be asked of Cengiz Ünder and Hakan Çalhanoğlu to provide creativity in open play and from dead-ball situations.

A lot of eyes will be solely fixed on veteran forward and captain Burak Yılmaz. Following his exceptional campaign in Ligue 1, having won the title with Lille and finishing as the club’s top goalscorer with 16, the 35-year-old will be expected to carry his form into the Euros. Another worthy mention on who to look out for is defensive midielder Okay Yokuşlu, who spent the second half of the season on loan at West Bromwich Albion.  He put in some fine displays during his time in the west Midlands and could play a key role in Turkey’s transitional work at the Euros.