There’s only two games across Euro 2020 on Sunday as Group A comes to a close with its third and final matchday but we’re still being treated to a pair of crackers. Here’s what you have to look forward to.

Robert Page’s Wales go to Rome knowing that a point would be enough to guarantee that they qualify for the knockout stages, having picked up four points from their two games so far courtesy of a draw in their opener against Switzerland and a superb 2-0 win over Turkey on Wednesday. They could still progress with a defeat, with four of the best third-placed teams going through to the last 16.

Wales look to be on the right track in their bid to recapture their heroics from Euro 2016, but they must first face an in-form Italy in their own back garden. The Azzurri have won both of their Euro 2020 games so far without conceding, scoring three in each, despite having never scored three goals in a European Championship match before this tournament. Italy are also unbeaten in their last 29 and if they avoid defeat against Wales, they will equal a record 30 game unbeaten streak that they set between November 1935 and July 1939. 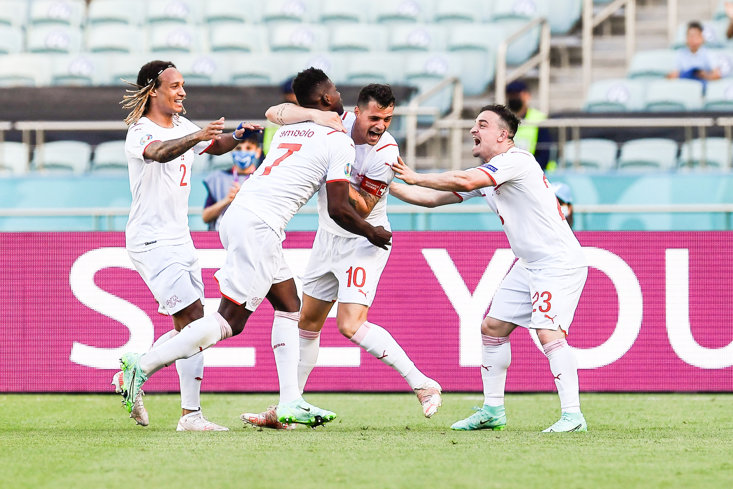 Having failed to win either of their opening two matches in Group A, Switzerland’s destiny at Euro 2020 is no longer in their own hands with La Nati needing Wales to lose to a likely much-changed Italy side, whilst also needing a better goal difference than the Dragons. Ranked 13th in the world and heading into this tournament on the back of six straight wins stretching back to November, perennial ‘dark horse’ Switzerland are in danger of falling short of their last 16 exit five years ago.

Turkey, another side that might have been given the ‘dark horse’ tag ahead of this summer, have had a stinker so far and now only have the slimmest of chances of qualifying as potentially one of the four best third-ranked teams from the group stages, with the chance at finishing in the top two long gone after subsequent defeats. The 2008 semi-finalists simply have to go for it on Sunday evening.