Football
News
The closing games on Group D have got all sorts at stake
Simon Lillicrap
23:55, 21 Jun 2021

Group D takes centre stage on Tuesday as the final round of fixtures take place with all four sides in the group still in with a chance of making it into the knockout stages. Two draws in matchday two prove just how tight things really are in this group, but here is what we have to look forward to on what promises to be an enthralling Tuesday night.

Gareth Southgate’s Three Lions will take on the surprise package of the group so far, Czech Republic, in a game which will decide who wins the group. England were overwhelmed by Scotland in their 0-0 draw on Friday and although the result drew criticism from fans, it was an important point which means they are already booked into the last 16.

This should be a chance for Southgate to sharpen up the likes of Harry Maguire and Jordan Henderson while Harry Kane will start despite his lack of chances in front of goal. The full-back positions are the ones causing a lot of debate as Luke Shaw and Reece James both failed to impress in that Scotland draw and Ben Chilwell is self-isolating, while Jack Grealish could be in line to start in the final third, with Phil Foden one yellow card away from missing the last 16 tie and Mason Mount also in isolation after his contact with Scotland's Billy Gilmour.

Meanwhile, there will be familiar faces facing West Ham’s Declan Rice, with fellow Hammers Vladimir Coufal and Tomas Soucek two of the Premier League’s finest. First team coach Stuart Pearce spoke to The Sportsman about the dangerous duo, while joint-top scorer Patrik Schik has looked lethal in front of goal. England will be hoping to take the shackles off for this one, but the group winner will face the runners-up from the fearsome group of death. 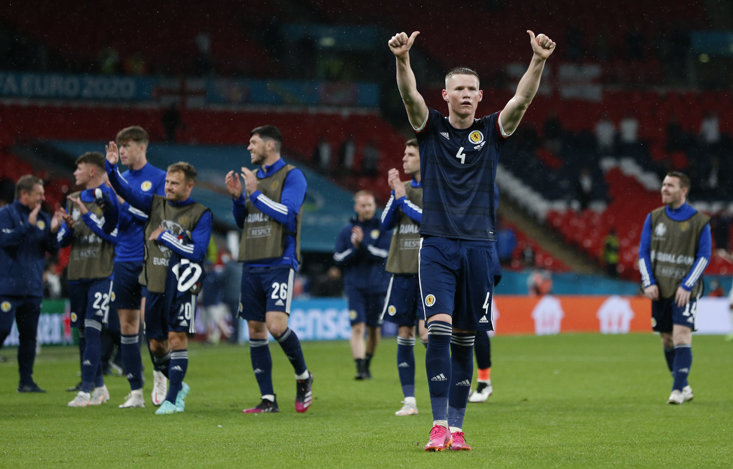 A Gilmour-less Scotland will have to get the job done in the other game in Group D which will surely see two sides going all out for the win. Anything less than three points will see either team out of the competition, while a win is guaranteed to take them through.

Scotland will be cheered on by a fanatical Hampden Park crowd after their heroic point at Wembley but Steve Clarke’s men will be all too aware of the quality that Croatia possess, even if Zlatko Dalic’s side haven’t quite shown it in their games against England and the Czech Republic.

Croatia, who will be ready for an energetic Scottish display, will see this tournament as a huge failure if they fail to get out of the group, having reached the World Cup final just three years ago. Meanwhile, Scotland would make history with a win as they have never reached the knockout stages of any major tournament.