France became the third team to progress to the Euro 2022 quarter-finals on Thursday night with a 2-1 victory over Belgium which assures them of top spot in Group D with a game to spare.

Their victory came in a match which also saw the record Women’s European Championship attendance total broken with only half of the tournament played, the 8,173 crowd at the New York Stadium in Rotherham taking the 2022 aggregate so far to 248,075. This surpasses the 240,055 which attended the 2017 tournament in the Netherlands.

The new milestone comes as little surprise thanks to the success of the championship so far, with England’s 1-0 win over Austria on opening night being watched by a tournament-high 68,871 at Old Trafford and the Netherlands v Sweden game at Bramall Lane tallying the biggest gate ever for a Women’s Euro game not featuring a host nation, 21,342.

Those on hand to break the record at Rotherham on Thursday watched on as the Corinne Diacre’s side turned on the style against Belgium, making chance after chance in what was a more convincing performance than the scoreline suggested.

Kadidiatou Diani headed home early on to give the French a lead but despite keeping the tempo high throughout the first half they found themselves pegged back on 36 minutes when Janice Cayman poked the ball home. But another header, this time from Griedge Mbock Bathy, saw France regain the advantage and Belgium had no further answer.

Les Bleus could have had another goal late on, but Wendy Renard had a penalty saved after Amber Tysiak had seen red for a handball offence in the area – her second bookable misdemeanour.

In the other Group D game, Italy needed a second-half goal from Valentina Bergamaschi to earn a point at the City Academy Stadium after Karolina Vilhjalmsdottir had put Iceland ahead inside three minutes. Italy could still progress to the last eight with a win over Belgium in their final game, unless Iceland beat France in their corresponding fixture. 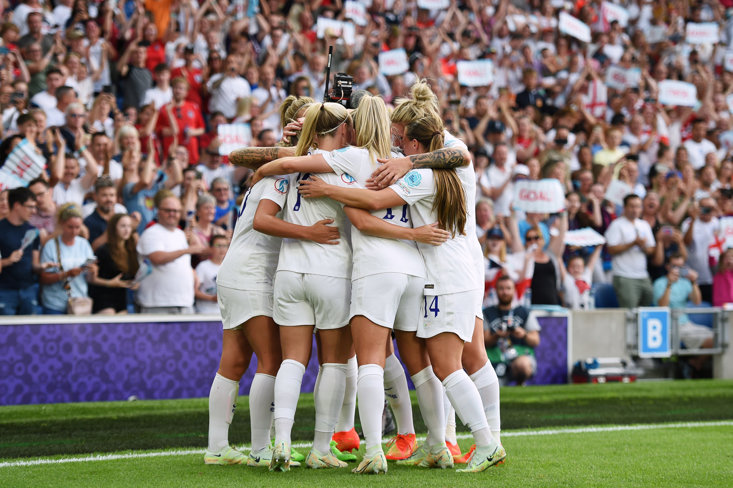 ENGLAND COMPLETE THEIR GROUP A BILL AGAINST NORTHERN IRELAND

Friday night’s action sees Group A come to a close, with England looking to build on their 8-0 win over Norway when they take on already-eliminated Northern Ireland.

This has been a successful tournament for Kenny Shields’ troops despite back-to-back defeats to Norway and Austria, but they will be hoping they can present more of a challenge to England than Martin Sjogren’s side did in Brighton on Monday.

Sarina Wiegman’s side arrive at St Mary’s Stadium with the best record in the competition, but the Dutch coach made it clear after their whopping win last time out that she expects to see an improvement in performance levels going into the latter stages of the tournament. England could make a number of changes to give their squad some game time.

Elsewhere, Norway are back in Brighton at the scene of their thrashing needing a victory over Austria to reach the quarter-finals. The two matches will be played simultaneously at 8pm BST despite all four teams having their destiny in their own hands.