In the 2013/14 season, both Wolverhampton Wanderers and Rangers found themselves playing football in the third tier of their respective leagues.

From ploughing away in the Scottish League One six years ago, Rangers are now back qualifying for the Europa League for the third season in a row.

It’s candy and rainbows in the Midlands too, with Wolves having a similar resurgence and an almost simultaneous trajectory to what could currently be deemed their Glaswegian counterparts.

Europa League football welcomingly divides the attention for both clubs for - at least the opening part of - the 2019/20 season.

While the Premier League and Scottish Premiership have only just had their curtain-raising fixtures, Wolves and Rangers have already warmed up in official competition on the continental through a series of gruelling, travel-weary qualifying rounds.

In 2018/19, the Gers finished third in a challenging group containing Villarreal, Rapid Wien, and Spartak Moscow, ending their European escapades for another season. Their campaign this time around, after finishing second to Celtic in Steven Gerrard’s maiden Premiership season, has seen Rangers travel to and beat St Joseph’s FC of Gibraltar (by an aggregate score of 10-0) and Luxembourg outfit Progrès Niederkorn (2-0) in their initial two qualifying rounds.

Their domestic runners-up status in the previous season has separated them from the designated path of ‘League Champions’ in attempting to head to the Europa League Group Stages.

However a 4-2 away win in Herning over Midtjylland has put Rangers in good stead for the final Play-Off round. The Danish side knocked out Southampton in the very same qualifying stages at the time Rangers were suffering at their lowest ebb, travailing against Stenhousemuir and Airdrieonians in the Scottish third tier. 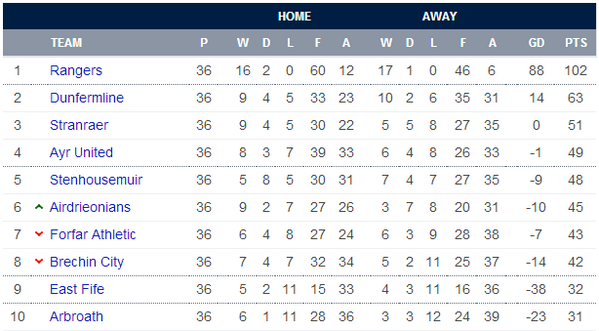 Avoiding a negative result that overturns this advantage over Midtjylland, Rangers will then play either Legia Warsaw or rising Greek side Atromitos, the two sides having played out a goalless stalemate in the first-leg in Poland. Those potential fixtures will take place on August 22 and 29.

Premier League side Wolverhampton Wanderers meanwhile impressively achieved European status - for the first time in four decades - in their very first season back in the English top tier.

Wolves were granted European competition due to Manchester City’s demolition of Watford in the FA Cup Final, plus their strong league finish of 7th. Had the Hornets won the world’s oldest football tournament, the additional prize of the Europa League would have been to the detriment of Wolves.

Nuno Espírito Santo’s side have started strongly in their first Europa League/ UEFA Cup campaign since 1980/81. Entering at the second qualifying round Wolves produced a comprehensive two-legged win over Crusaders of Northern Ireland (6-1 on aggregate). Wolves have now gone on to record a 4-0 win at Armenian side Pyunik to put them in a solid stable spot for the play-off round.

Things are not as easy for Rangers’ Scottish Premier League rivals Aberdeen, who are required to overturn a 2-0 deficit suffered at Rijeka (Croatia, second in the 2018/19 Hrvatski Telekom Prva Liga). If they do so, they will face either Cypriot club AEK Larnaca or the Belgian Pro League’s KAA Gent.

The biggest question perhaps hangs over Scottish Premier League champions Celtic; Neil Lennon’s team suffered a loss to CFR Cluj. An initial 1-1 draw in Romania at the beginning of August followed by a 4-3 capitulation at Celtic Park has seen them drop into the Europa League play-off stage and have been drawn against Sheriff Tiraspol of Moldova or AIK of Sweden.