This was a weekend in which Massimiliano Allegri claimed his 250th Serie A win with Juventus defeating Genoa 2-0, while Der Klassiker ended in victory for Bayern Munich but was shadowed by Jude Bellingham’s comments over referee Felix Zwayer’s previous history of match fixing. Here is everything you need to know about what happened across Europe over the past few days.

Juventus boss Allegri celebrated his 250th victory in Serie A as his side defeated Andriy Shevchenko’s Genoa 2-0, with the Ukrainian still waiting for his first victory in his new job. Juan Cuadrado was on the scoresheet for the Old Lady, scoring directly from a corner kick before the points were secured with a late Paulo Dybala strike. This was not the only game where a goal came directly from a corner as Inter Milan’s Hakan Calhanoglu did exactly the same in his side’s 3-0 success over struggling Roma, as pressure mounts on Jose Mourinho. The results at the weekend see Juve rise to fifth in the table, 11 points behind leaders AC Milan.

This season’s first league Der Klassiker was the talking point of the weekend as it served up another thrilling episode of this fierce rivalry. Bayern Munich emerged victorious over Borussia Dortmund 3-2, with Robert Lewandowski scoring twice and Erling Haaland also on the scoresheet. The result saw Bayern edge four points clear at the top of the table, but the biggest talking point from the game were the comments made by Dortmund star Bellingham, who seemingly accused referee Felix Zwayer of cheating, mentioning the official’s previous conviction of match-fixing in a post-match interview. The young Englishman is now being investigated by German police.

Elsewhere, RB Leipzig parted company with American boss Jesse Marsch after a sixth defeat of the season, a 2-1 reverse to Union Berlin. They are sat 11th in the table, seven points off the top four and it is not surprising that a change has been made. Another manager who will be under pressure is Borussia Monchengladbach boss Adi Hutter. The Foals were humiliated at home by high-flying SC Freiburg in a 6-0 thrashing – with all the goals coming in the first half. This follows a heavy 4-1 derby defeat against Koln the week before, and with 10 goals conceded in two games the Austrian might need to fix things quickly if he is to keep his post. 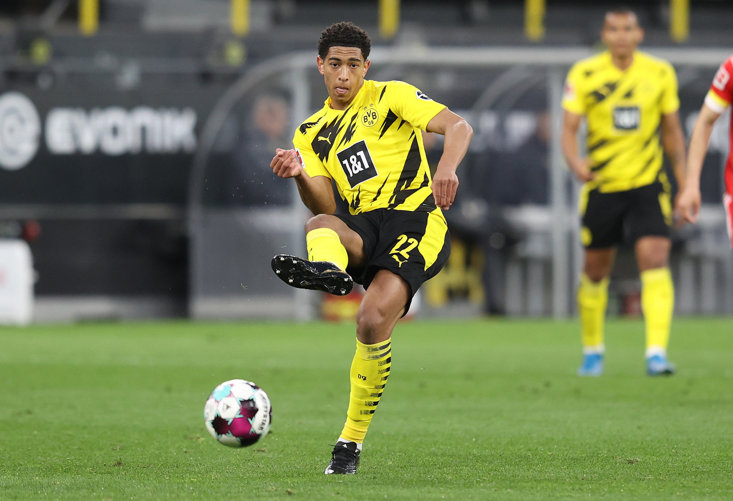 Real Madrid extended their lead at the top of the table to eight points with a 2-0 victory over this year’s early surprise package Real Sociedad. The goals came from in-form winger Vinicius Jr and striker Luka Jovic, and Carlo Ancelotti’s side are really starting to hit their stride in La Liga.

Barcelona’s miserable season continued as they fell to a 1-0 home defeat against Real Betis, and they are now 16 points behind Real Madrid and six points adrift of the top four. New boss Xavi Hernandez knew the gravity of the task ahead of him when signing up, but he will need to paper over the cracks with some positive results in the coming weeks.

Another club whose season is not going to plan is reigning champions Atletico Madrid. Diego Simeone’s side suffered a last-gasp 2-1 defeat against Mallorca at the Wanda Metropolitano. It was their second defeat of the campaign and they are now 10 points behind rivals Real Madrid, while also facing Champions League elimination in the coming days.

League leaders Paris-Saint-Germain were held to a 1-1 draw by Lens away from home but their commanding lead at the top of the table remains at 11 points. Mauricio Pochettino’s side were on the brink of their second defeat of the campaign but former Liverpool midfielder Georginio Wijnaldum popped up with a dramatic late equaliser.

Ajax maintained their position at the top of the table with a comfortable 5-0 victory over Willem II, with winger Antony scoring a brace and former Everton midfielder Davy Klaassen also getting on the scoresheet. They are closely followed by Feyenoord, who are just one point behind them in second and also recorded a 5-0 victory at the weekend over Fortuna Sittard. And a point behind them are PSV Eindhoven, who won 4-1 against Utrecht.