Pierre-Emerick Aubameyang opened his Barcelona account with a hat-trick in the most bizarre circumstances, Luis Suarez rolled back the years with an absolutely stunning strike and Robert Lewandowski scored his 28th Bundesliga goal of the season as he chases yet another record.

There was plenty of action on the continent this past weekend, here are the key talking points.

Xavi’s Barcelona maintained their course to qualify for the Champions League with a thumping 4-1 away victory over Valencia. Former Arsenal striker Aubameyang got off the mark by first scoring a brace, before being awarded a hat-trick after Pedri’s strike was deflected off his back and into the net.

It will provide a huge lift for the forward and his team-mates as they look to have a great finish to the season that seemed a write off before a ball was kicked. They are level on points with last year’s title winners Atletico Madrid in fifth. Los Colchoneros bounced back from their defeat against bottom-of-the-table Levante with a 3-0 away victory against Osasuna. Veteran striker Suarez scored a sublime strike from range as he capitalised on the goalkeeper being out of position.

League leaders Real Madrid got back to winning ways with a 3-0 home victory over Alaves, with Karim Benzema scoring a late stoppage time penalty to give him his 18th goal of the campaign. They have a six-point lead on Sevilla in second who were held to a 1-1 draw with Espanyol. Defender Jules Kounde was shown a red card late in the game.

The race for the title in Italy remains extremely tight and both the top two sides dropped points over the weekend. Leaders AC Milan had to rescue a point away at Salernitana through Ante Rebic, while rivals Inter were stumped by Sassuolo at San Siro as they slipped two points behind Stefano Pioli’s side.

Roma also had to battle to rescue a point against Verona at Stadio Olimpico but the game was shadowed by Mourinho getting sent off in frustration in which he booted the ball away and made a phone gesture toward referee Luca Pairetto.

Massimiliano Allegri’s Juventus were held to their second draw in as many weeks as they were held at home by Torino. Third-placed Napoli will have the chance to leapfrog the Nerazzurri if they beat Cagliari away this evening.

Reigning champions Bayern Munich maintained a six-point lead at the peak of the Bundesliga table after a 4-1 victory at the Allianz Arena against Furth. Goal machine Lewandowski scored a brace and his league tally for the season reached the 28-mark as he chases his record of 41 from last year. With 11 league games left to go, the Poland international is on course to match his tally from 2020-21. 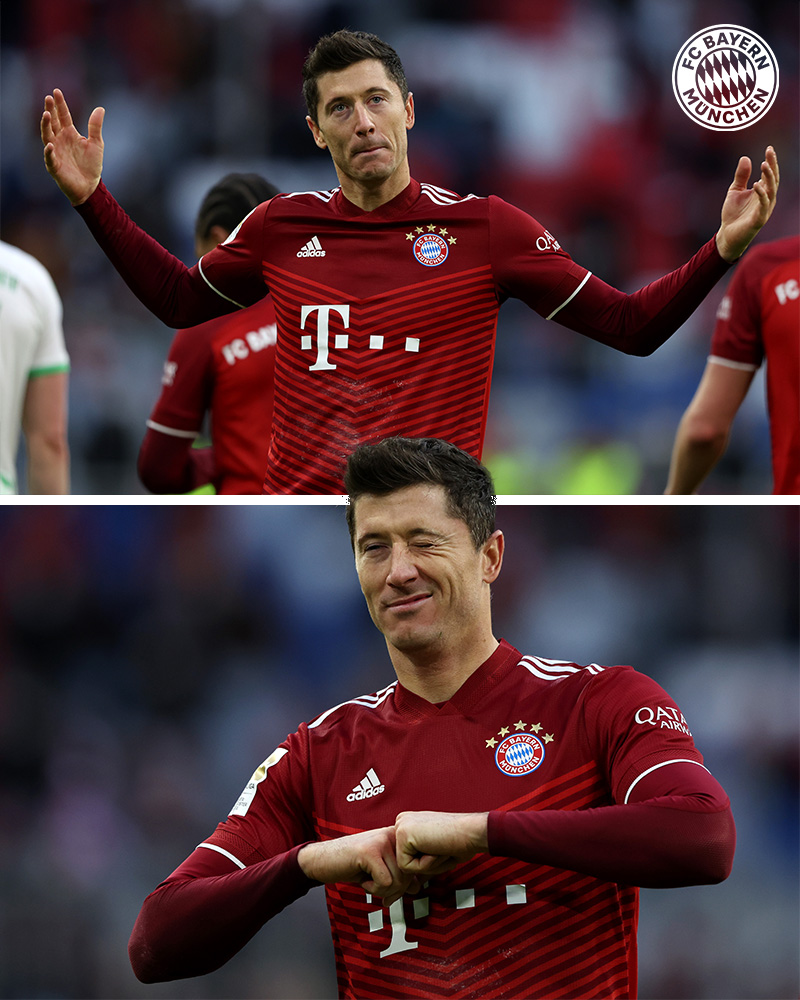 Elsewhere, Borussia Dortmund recovered from their Rangers hangover in midweek as Marco Rose’s side thumped his old side Borussia Monchengladbach as the pressure mounts on his successor Adi Hutter. Stalwart attacker Marco Reus also came back to haunt his old side with two goals and three assists while England international Jude Bellingham made his 150th Bundesliga appearance.

French giants Paris Saint-Germain suffered their second league defeat of the season as they were beaten 3-1 away against Nantes. Neymar scored what proved to be a consolation in the second-half but he also missed one of the worst penalties ever with a tame effort that was too comfortable for goalkeeper Alban Lafont.

Ajax maintained their winning run of seven league matches with a 1-0 away victory against Willem II as they still remain five points ahead of PSV Eindhoven, who also won at the weekend with a 3-1 home victory against Heerenveen.