Football
News
It has been a crazy weekend of football on the continent
Simon Lillicrap
11:59, 20 Sep 2021

After European football thrilled us in midweek, domestic football returned with a bang as Liverpool and Chelsea bagged 3-0 wins in the Premier League while there was late drama as Manchester United beat West Ham. But on the continent there was also some spectacular action - here is what you might have missed from the big leagues.

No surprises in the Bundesliga

Bayern Munich have started the season in scintillating fashion in their quest to win ten Bundesliga titles in a row and thumped VFL Bochum 7-0 this weekend. The only surprise came as Robert Lewandowski only found the back of the net once, as Bayern went top, and now boast a goal difference of +16 after just four matches.

Meanwhile, Erling Haaland added two goals to his total in Borussia Dortmund’s 4-2 win over Union Berlin which takes Marco Rose’s side one point behind Bayern, while Wolfsburg now sit level on points with the league leaders after they dropped points in a 1-1 draw with Eintracht Frankfurt.

Paris Saint-Germain needed a 93rd minute goal from Mauro Icardi to secure a 2-1 win over Lyon but a huge talking point came as Mauricio Pochettino decided to withdraw Lionel Messi on 75 minutes. So far, the Parisians are struggling to find form as their fearsome front three struggle to integrate into the rest of the team, although they have now won six games from six in Ligue 1.

Surprise package of the season so far Lens moved up to third with a 1-0 win over champions Lille, as the side who stunned PSG last term have now won just one of their opening six games. They sit 15th, just one point off the drop, and look a million miles from the side that the continent fell in love with last season. Meanwhile, Marseille sit in second after a comfortable 2-0 success vs Rennes and bottom club Metz were beaten for the third consecutive gameweek. 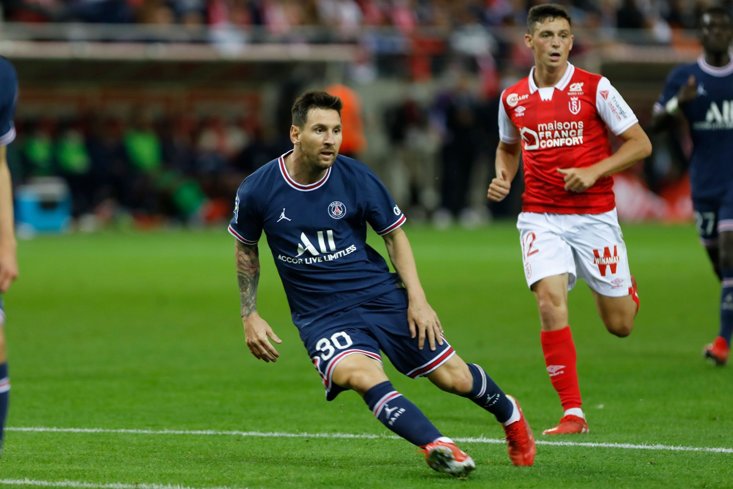 Juventus in Serie A relegation zone

Ante Rebic rescued a point for AC Milan away at Juventus, a result that leaves the Old Lady in the bottom three having picked up just two points from their opening four matches. They are still only 4/1 to win the league with Betfred, but have suffered their worst league start in 60 years, under returning boss Massimiliano Allegri.

That point puts Milan second on ten points, only behind their fierce city rivals Inter on goal difference. It has been a good start for the current title holders, despite the loss of Romelu Lukaku and Antonio Conte this summer. They ran riot against Bologna, scoring six, as Lukaku’s replacement Edin Dzeko found the net twice.

After their Champions League win over Inter in midweek, Real Madrid left it late to beat Valencia. At 1-0 down with four minutes to play, it looked as if Carlo Ancelotti’s side would suffer their first defeat of the season, but late goals from Vinicius Jr and Karim Benzema gave the visitors all three points.

Those points kept Real Madrid top of the league, while city rivals Atletico drew with Athletic Bilbao in a stagnant encounter. There were only two efforts on target in the entire match as Joao Felix was sent off in the second half and although Atleti maintained their unbeaten start to the campaign, they lost ground on their title rivals. Barcelona play on Monday night while Alaves and Getafe remain pointless at the bottom of the table.