The Milan derby was a thrilling stalemate, Bayern Munich ended SC Freiburg’s unbeaten run in the Bundesliga and Real Sociedad maintained their place at the top of La Liga. There was plenty of action on the continent across the weekend and here is what happened in the major leagues across Europe.

The Italian football weekend was capped off with the Milan derby which ended in a 1-1 draw at San Siro. It was Inter who struck first when former Rosonnerri midfielder Hakan Calhanoglu was brought down by Franck Kessie in the penalty box and stepped up to convert the spot-kick. The Turkish international celebrated by cupping his ears towards the Milan fans but the lead did not last long as Stefan de Vrij headed Sandro Tonali’s free-kick past Samir Handanovic.

Both sides had chances to win it but were left to rue their misses, with a severe lack of quality in the final third. Milan could have taken top spot in the league after Napoli were held to a draw against Verona, with the latter’s Giovanni Simeone scoring his seventh goal in four games. Elsewhere, the pressure is starting to mount on Roma boss Jose Mourinho after a 3-2 defeat away at Venezia, making it five defeats so far in Serie A for his sixth placed side.

Bayern Munich kept their place as the league leaders as they handed third-placed SC Freiburg their first defeat of the season with a 2-1 victory at Allianz Arena. Robert Lewandowski scored what proved to be the winner in what was his 60th goal of the calendar year while Marco Rose’s Borussia Dortmund suffered another defeat as they lost 2-1 away against RB Leipzig.

At the other end of the table, bottom club Furth lost their eight consecutive match and are still looking for their first win of the season while Arminia finally got up and running with a 1-0 win at Stuttgart, which brings them within two points of their relegation rivals.

Real Sociedad maintained their place at the top of the table with a 2-0 away victory over Osasuna, with former Premier League duo Mikel Merino and Adnan Januzaj providing the goals. They remain one point ahead of Carlo Ancelotti’s Real Madrid who have a game in hand on the league leaders and Los Blancos won again at the weekend with a 2-1 victory at home against Rayo Vallecano. 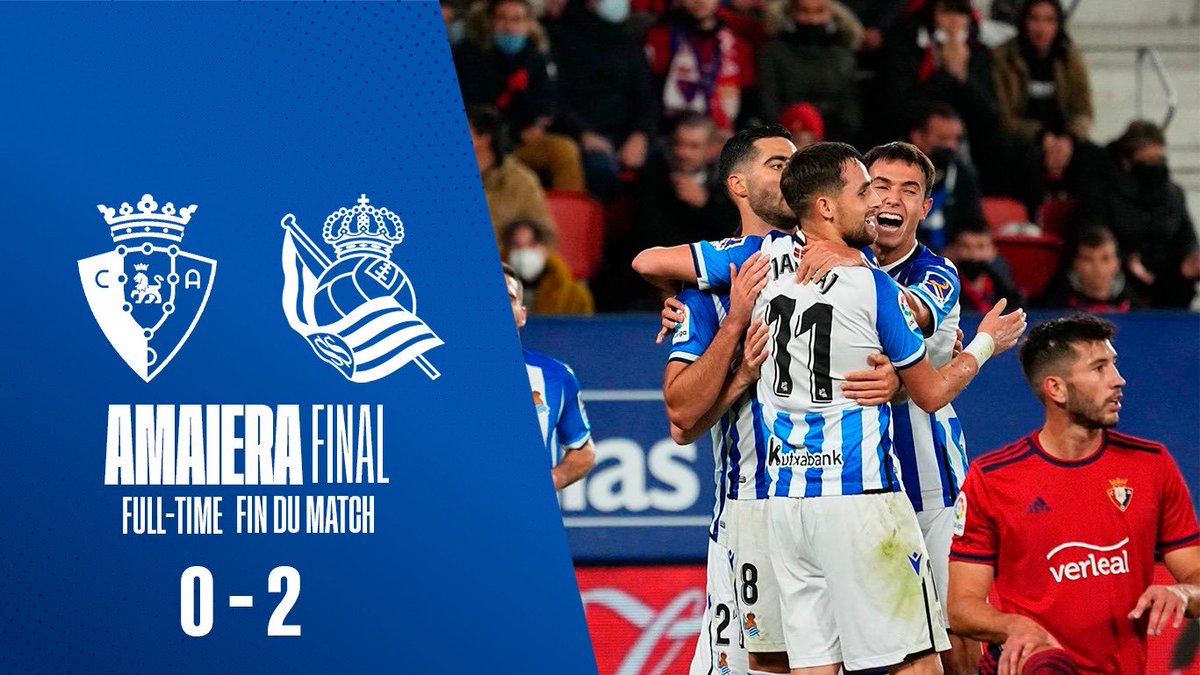 They are joined by Sevilla on 27 points who also have a game in hand, and Julen Lopetegui’s side continued their impressive start to the campaign with a 2-0 victory away at Real Betis. Barcelona may be excited by the appointment of club legend Xavi as manager, but it was another disappointing weekend for them on the field. They threw away a three-goal lead away at Celta Vigo to draw 3-3, and sit ninth and 11 points off the top of the table.

PSG won a five-goal thriller away at Bordeaux and are now 10 points clear at the top of the table. Without an injured Lionel Messi, Kylian Mbappe scored twice, and Neymar scored the other, with the pair linking up brilliantly in the absence of the Argentine. Lens moved up to second with a 4-0 victory at home over Troyes as their excellent start to the season continues, while Nice dropped points at home with a 1-0 defeat to European chasers Montpellier.

League leaders Ajax were held to a goalless draw at Johan Cruijff Arena with 10th-placed Go Ahead Eagles and they are now level on points with PSV Eindhoven who made ground on their title rivals with a 4-1 away victory over Fortuna Sittard. PEC Zwolle look doomed at the bottom after another defeat meant they have won just one of their opening 12 matches of the season.