Football
News
It was another thrilling weekend on the continent
Simon Lillicrap
11:16, 27 Sep 2021

As the North London derby took centre stage on these shores and Manchester City recorded an impressive win away at Chelsea, we’ve taken a look at what you might have missed from the continent over the weekend.

Ronald Koeman’s Barcelona got back to winning ways with a 3-0 success over Levante at the Camp Nou, but the main story came as teenager Ansu Fati, wearing Lionel Messi’s old number ten shirt, scored on his return from an injury that has kept him out since November 2020.

That will relieve some of the pressure on Koeman’s shoulders but elsewhere, title challengers Atletico Madrid suffered their first defeat of the season as they lost 1-0 to Alaves. A fourth minute goal from Victor Laguardia was enough to give the hosts an important win but Real Madrid could not take full advantage as they drew 0-0 at home with Villarreal.

Jose Mourinho may have seen his old side lose the north London derby but he would taste a derby defeat of his own in the Italian capital as his Roma side lost 3-2 to Lazio at the Stadio Olimpico. Pedro, who crossed the divide as he joined Lazio from Mourinho’s side this summer, got his name on the scoresheet while Felipe Anderson scored the third of the match to secure the points. Lazio boss Maurizio Sarri celebrated in style by holding an eagle aloft on the pitch at full-time to the delight of the crowd, but Mourinho was left licking his wounds in the post-match interviews.

Elsewhere, Napoli secured a 2-0 win over Cagliari as the in-form Victor Osimhen scored yet again to keep their perfect record alive. Six wins from six puts them top of the table, closely followed by both Milan clubs, who both maintained their unbeaten start. Brahim Diaz gave AC a late win at Spezia while Inter could only manage a 2-2 draw with Atalanta.

Bayern Munich continued their positive start to the season by beating Furth 3-1 on Friday night despite Benjamin Pavard’s red card but Bayer Leverkusen kept up the pressure with a 1-0 home win over Mainz, ahead of their midweek European clash with Celtic. 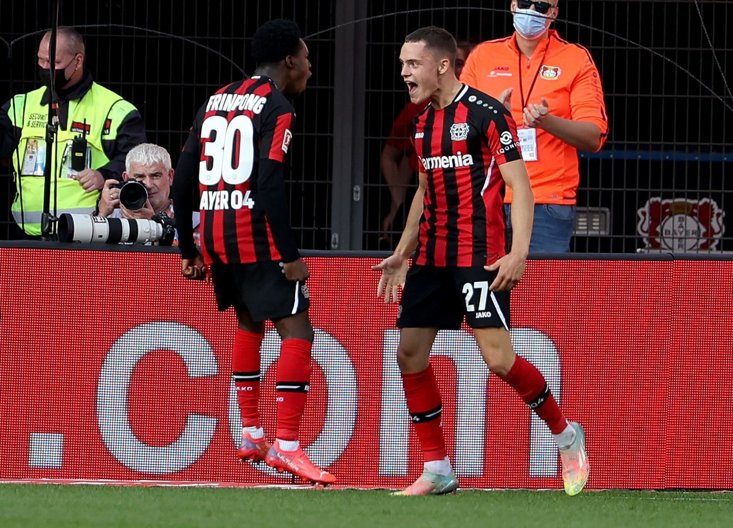 Wolfsburg’s good start to the season came to a halt at the hands of Hoffenheim despite taking the lead thanks to Ridle Baku. A strong second half performance from the home side saw them overturn that deficit and secure a 3-1 win, Wolfsburg’s first defeat of the season.

Borussia Dortmund couldn’t take advantage of the slip up as they also suffered defeat - losing 1-0 to Borussia Monchengladbach.

No Messi, no problem as PSG’s perfect start continues

We all thought that PSG would regain their title this season after bringing in several of the world’s top stars, but they made it eight wins from eight without the injured Lionel Messi, as goals from Idrissa Gueye and Julian Draxler secured the points against Montpellier.

They are now nine points clear of RC Lens, who secured an impressive 3-2 win at Marseille despite a Dimitri Payet double while St Etienne are rooted to the bottom of the league, still searching for their first win of the season having been beaten 3-0 at home by 4th place Nice.

Former Manchester United and current Netherlands manager Louis van Gaal made a promise earlier in the year to take charge of second tier strugglers Telstar for one game only - to raise money for charity. Well this weekend, he kept that promise and was their manager, alongside a raffle-winning fan, and they remarkably led the team to a 1-0 win over Jong AZ.