Football
News
Here's what happened on a busy weekend across the continent
Conor Keane
12:20, 23 Aug 2021

It has been another entertaining weekend of football in the UK. In the Premier League, Romelu Lukaku got off the mark in his second Chelsea debut, Jack Grealish scored his first goal for Manchester City, while West Bromwich Albion and Fulham look a class above the rest in the Championship.

It’s time to explore the weekend action from across the continent and see if the matches in the other top European leagues provided as much excitement as they did over here.

The main talking point from France this weekend was the uncivil scenes in the match between Nice and Marseille. Marseille’s Dimitri Payet had a bottle thrown in his face from the home crowd and the midfielder responded by throwing it back in anger. Then a swarm of Nice fans descended onto the pitch, like a French Malice in the Palace, and it caused the match to be abandoned.

Elsewhere, PSG recorded a 4-2 victory away at Brest with Kylian Mbappe on the scoresheet, making it three for three for Mauricio Pochettino’s side in the league this season. Reigning champions Lille managed to earn a point away at St-Etienne, with the club’s top scorer last season, Burak Yilmaz, scoring the goal. In Lyon, a six-goal thriller was played out between Lyon and Clermont in a 3-3 draw.

Reigning champions Bayern Munich faced a scare on Sunday after nearly throwing away a two-goal lead as Koln pulled level in the space of two minutes in the second half. Robert Lewandowski was on the scoresheet for the 12th consecutive game, but it was the brace from Serge Gnabry that sealed the three points for Julian Nagelsmann’s side in a 3-2 win. 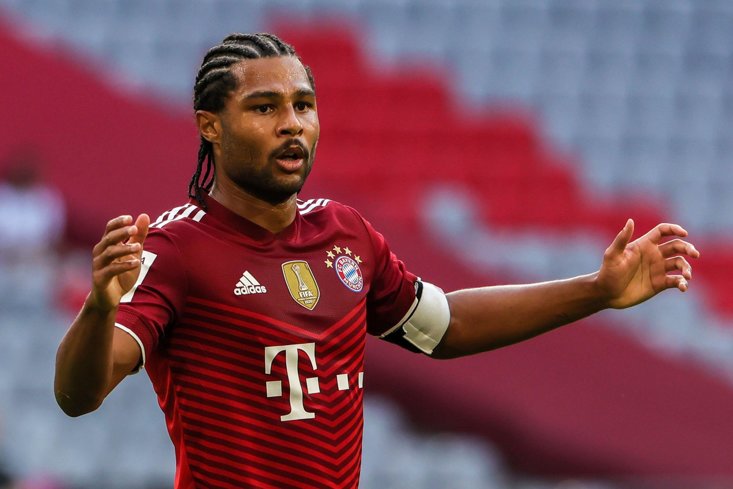 After contesting a hard-fought draw with Bayern last week, which they could have won, Borussia Monchengladbach were left embarrassed as they were dealt a 4-0 thumping against Bayer Leverkusen, going two goals down within the first 10 minutes. It was a really poor afternoon for the Foals and Adi Hutter will have some work to do.

The main talking point this weekend was the fact that Juventus star Cristiano Ronaldo started the club’s 2-2 draw away at Udinese on the bench, while his future at the club remains uncertain. Former Watford duo Roberto Pereyra and Gerard Deulofeu were on the scoresheet for the hosts, while Paulo Dybala and Juan Cuadrado scored for the Old Lady.

Jose Mourinho’s Roma recorded a 3-1 win over Fiorentina, with both sides receiving a red card at Stadio Olimpico. Former Manchester United midfielder Henrikh Mkhitaryan was on the scoresheet, while debutant Tammy Abraham recorded two assists. Mourinho has now become the fastest manager to reach 50 Serie A wins (77 games) in the three points for a win era, a record he also holds in La Liga and the Premier League.

Elsewhere, Venizia took to the field without their new club crest on their shirt due to fans being displeased with it, and it is believed the club’s traditional crest is set to replace it on the kit from next week. Reigning champions Inter Milan got their title defence off to a flying start with a 4-0 victory over Genoa, as Lukaku’s replacement Edin Dzeko scored his first goal for the club.

Atlético Madrid got their title defence off to a strong start with a 1-0 victory over Elche, Angel Correa the scorer. Correa has scored eight goals in his last ten games for Atletico in all competitions, one more than in his previous 63 appearances for the club (seven).

Carlo Ancelotti’s Real Madrid were held to a 3-3 draw against 10-man Levante as Gareth Bale scored his first La Liga goal since 2019. Barcelona, meanwhile, were held to a stalemate as they drew 1-1 away at Athletic Club. Eric Garcia was sent off for the Catalans for a late challenge on Nico Williams.

And Ajax were held to a 1-1 draw away against FC Twente, with former West Ham United striker Sebastien Haller on the scoresheet.