Jose Mourinho was left fuming at his Roma players as they threw a two-goal lead in seven-and-a-half minutes in a 4-3 home loss to Juventus. In the Bundesliga, Bayern Munich were once again bested by Borussia Monchengladbach in a 2-1 defeat on Friday night as Sevilla maintain in close proximity to La Liga leaders Real Madrid. Plenty happened over on the continent this past weekend, find all the main talking points below.

Roma boss Mourinho was left infuriated by his side at Stadio Olimpico on Sunday as after being 3-1 up against Juventus, they conceded three goals in under 10 minutes to lose the game, a defeat that widens the gap between them and the European places. Ainsley Maitland-Niles made his debut for the club at right-back, even though he expressed his desire to play in midfield, and this wouldn’t have been a memorable debut for the Arsenal loanee looking for a clean slate, who raced into a commanding lead. Mattia Di Sciglio scored the winning goal before Lorenzo Pellegrini missed a crucial penalty which could have secured a point for the hosts. Roma have now lost nine of the 21 league games they have played this season, and after that most recent wobble, Mourinho’s position could be in jeopardy if results continue to slide.

At the top of the table, it remains a very close race between leaders Inter Milan and rivals AC Milan, with one point just separating both sides after Inter beat Lazio 2-1 and Milan beat Venezia 3-0. Inter still have a game in hand, which could prove to be crucial come the end of the season.

It happened again. A couple of months after being thrashed by Borussia Monchengladbach in the DFB-Pokal, Bayern Munich were once again beaten by the Foals, this time in their own back yard. Goal machine Robert Lewandowski opened the scoring for the hosts inside 20 minutes before Gladbach flipped the game on its head just after the half-hour mark. Florian Neuhaus netted the equaliser before minutes later Stefan Lainer netted what proved to be the winner as the game was turned on its head. The visitors have largely had a very disappointing season and there was no doubt that manager Adi Hutter needed this result, and he will be hoping it can set the marker for the rest of their season. Julian Nagelsmann was desperate to avenge the heavy cup defeat but was once again left thinking about getting revenge in the next meeting between the pair. The loss didn’t dent the league leaders too much, however, as they still remain six-points clear at the top even though Borussia Dortmund shortened the gap with their 3-2 away victory against Hutter’s old club Eintracht Frankfurt. 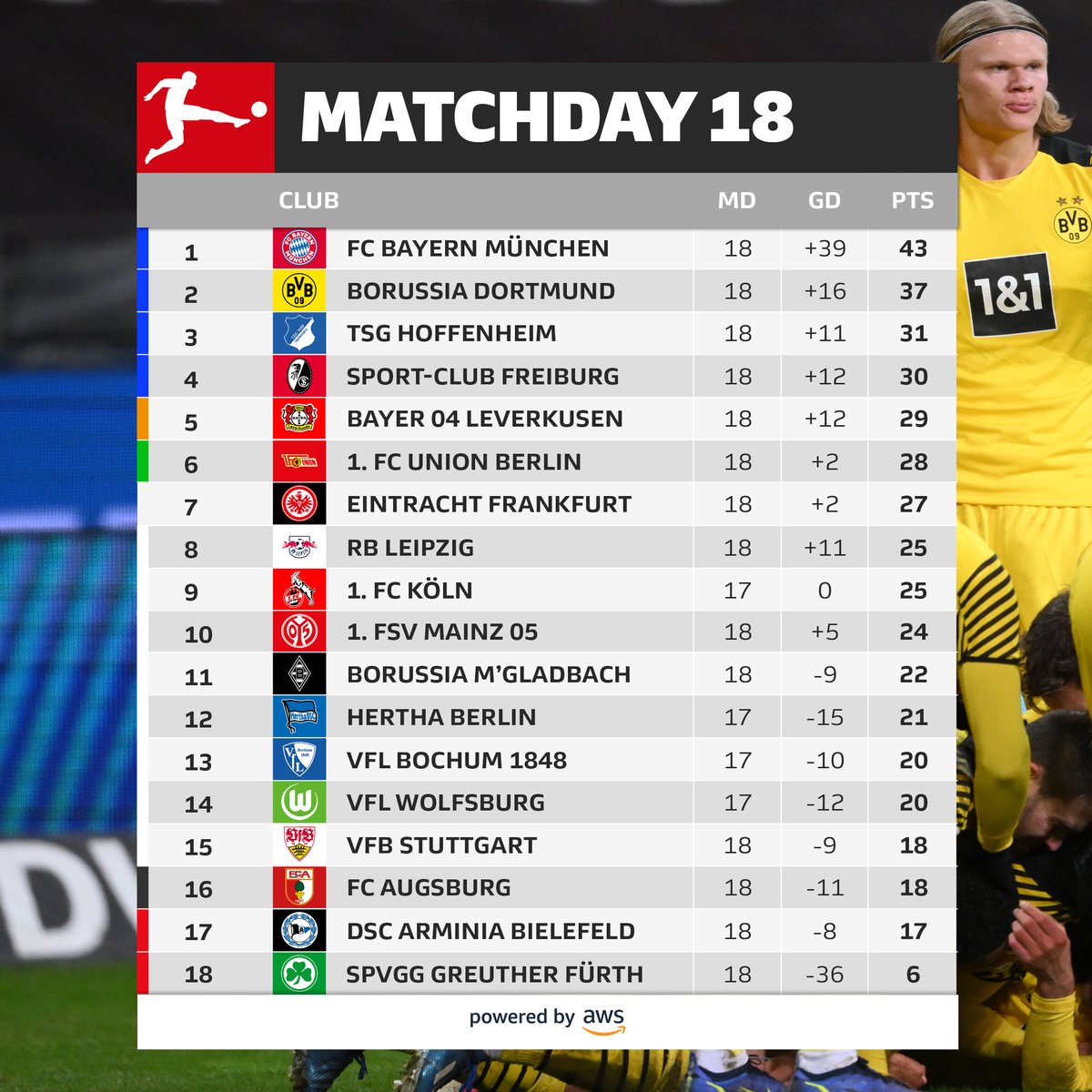 Carlo Ancelotti’s Real Madrid won again with a 4-1 home victory over Valencia, with Karim Benzema and Vinicius Jr both scoring braces. The only side keeping tight to them is Sevilla, who are just five points behind the league leaders, and ensured they stayed that close with a 1-0 victory over Getafe – the team Real Madrid lost two only the week before.

Reigning champions Atletico Madrid were held to a 2-2 draw away against Villarreal with Geoffrey Kondogbia rescuing a point for Diego Simeone’s side before receiving a straight red card in the dying moments of the match. They sit in fourth and are now just one point ahead of the so-called struggling Barcelona who also were held to a point, away at Granada. Luuk De Jong put Xavi’s side ahead before Gavi was sent off with just over 10 minutes to go and Granada’s Antonio Puertas equalised in the 89th minute as Barca had the opportunity to leapfrog the current champions.

Mauricio Pochettino’s Paris Saint-Germain remain 11 points clear at the top of the Ligue 1 table, even though they were held to a point away at Lyon on Sunday. Thilo Kehrer rescued a point for the French giants in the 76th minute, having come off the bench only seven minutes prior, while Nice moved into second place with a comfortable 3-0 win at Brest. Meanwhile, fourth-placed Rennes' poor form continues as they lost their third match in a row with a 1-0 loss to Lens, and Montpellier are now level on points with them, with a game in hand.