Horse Racing
News
Silver Streak will be having his third tilt at the Champion Hurdle next week at the Cheltenham Festival
Matt Hulmes
18:00, 10 Mar 2021

Evan Williams has already achieved a lifelong ambition when landing the Welsh Grand National back in January with his young stayer Secret Reprieve.

He will head for the Aintree version as a leading player next month but before that, Williams will be looking to add to a single Cheltenham Festival triumph, achieved thirteen years ago, and has a date with destiny with his striking grey, Silver Streak.

Silver Streak will be having his third tilt at the Champion Hurdle next week, having finished sixth last season and third two years ago behind the ill-fated Espoir D’Allen. This may be the best Champion Hurdle he has contested but arguably is coming into this year’s race in the best form of his life.

After winning the same Kempton contest he landed in 2019, the 8yo had a luckless trip to Newcastle when he was carried out early on behind reigning champion Epatante in the Fighting Fifth. He then showed his aptitude for Cheltenham when going as close as you can get to winning the International Hurdle in December, chinned by the smallest of margins by Song For Someone and no doubt inconvenienced by bypassing the final flight.

But the striking, almost white, Silver Streak had his big day in the sun just a fortnight later.

We will never know what would have happened at Newcastle, but we got a taste of what might have been when he was given a stunning front running ride by Adam Wedge to win the Christmas Hurdle on Boxing Day back at Kempton, leaving Epatante trailing in his wake. 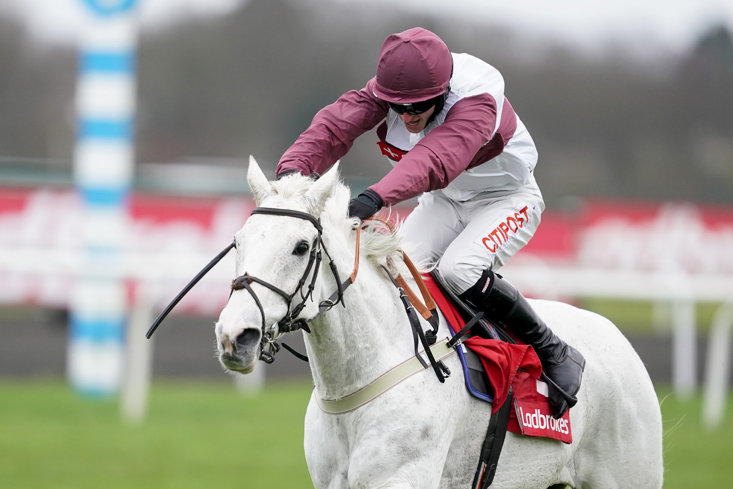 Reasons emerged for Epatante after that defeat, but even if on her A-game, Silver Streak would have been a tough nut to crack that day and he goes back to the festival as a major contender for Championship honours.

Williams said, “There is no doubt he has improved; his form has definitely improved. To win his Grade 1 is something I have always tried to do. He had run so well on so many occasions and been second and to get the breakthrough meant an awful lot.

“He is a great horse to mark any performance by as he normally runs his race and is a tough horse. If you beat him, you have been in a race.”

His regular jockey, Adam Wedge, was absent for his first two starts of the season due to injury but showed how well the pair gel with that stellar ride in the Christmas Hurdle and he added, “It meant an awful lot (the Kempton win) because I thought the horse deserved a Grade 1 more than anyone.

“He is a fantastic horse to sit on. He grows a hand underneath you and brings a smile to my face every time I get on him.

“We have a bit of leeway about how we can ride him, as we can be a bit more forward than we have in the past as he settles more, it gives us a good shout again.”

Silver Streak is one of just five horses from the fourteen left in the Champion Hurdle to be going in to the race on the back of a win and with his improved form this season, has an excellent chance of at least matching his third placed effort from two years ago while it would not be a surprise should he be led into the winners’ circle after Tuesday’s feature race.