Boxing
News
'The Gypsy King' might not like his SPOTY 2021 nomination but the heavyweight champion certainly deserves it
Kieran Spratt
09:35, 18 Dec 2021

He might not want it and he looks certain to boycott the event even if he does win, but nonetheless Tyson Fury would be a more than worthy recipient of the 2021 Sports Personality of the Year gong.

The WBC and lineal heavyweight champion wrapped up his thrilling trilogy with the hard-hitting Deontay Wilder in sensational fashion in October with an 11th round stoppage of ‘the Bronze Bomber’. ‘The Gypsy King’ was twice knocked down himself in the fourth round before knocking out the American in a brutal contest in Las Vegas to retain his status as world champion.

The fight won plaudits around the world as one of the greatest heavyweight showdowns in the sport’s history, cementing Fury’s position as the best fighter boxing’s marquee division currently has to offer.

However Fury, who has now been nominated for the annual award ceremony four times, has consistently protested his inclusion on the shortlist and even went as far as to threaten the BBC with legal action.

"It means nothing to me and I don't need it or want it,” he told the Daily Telegraph.

"In fact, they will hear from my solicitors if they do put me on the list. Give it to someone who needs it. I don't.

"And, anyway, we know who the sports personality of the year is anyway - it's me.

"I am the sports personality. Who does what I do, goes through a war in Las Vegas, entertains the fans, and then sings to the audience?" 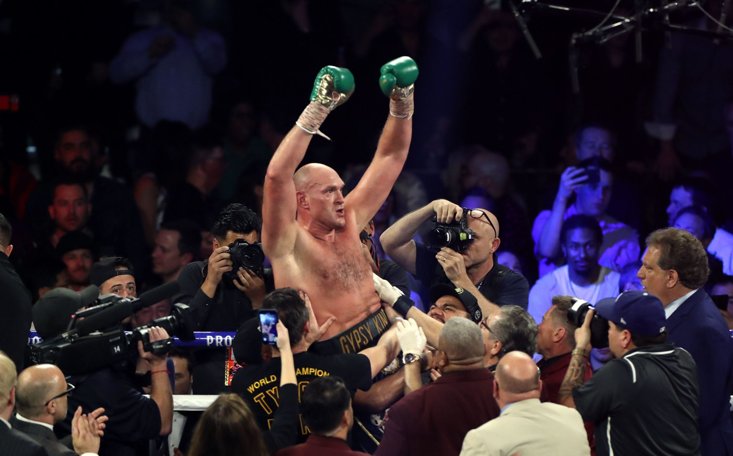 Ironically, this blasé attitude to one of UK sport’s most prestigious award ceremonies is part of why so many are endeared to the 33-year-old. Fury doesn’t do things like most athletes, there’s no manufactured polish - what you see is exactly what you get from the Wythenshawe born warrior.

If more emphasis was put on the ‘personality’ aspect of the ceremony, Fury would cinch the award immediately. That’s not a knock on the other five nominees, who are of course personalities in their own rights, but absolutely no one can compare to the bombastic nature of Fury - you couldn’t exactly imagine Emma Raducanu breaking into a rendition of ‘American Pie’ in the aftermath of her sensational US Open triumph.

Currently third favourite to clinch the 2021 SPOTY award with Betfred at 25/1, it has been a landmark year for Fury who established himself as one of the greatest boxers in recent memory, perhaps of all-time. Unabashed, unapologetic and distinctly original, there’s only one Tyson Fury. He might hate it, but there’s little doubt that he’d be a worthy winner even if he does sue the Beeb afterwards.

Tyson Fury is 25/1 to win SPOTY with Betfred*