Football
News
The Toffees shot themselves in the foot in a damaging 2-1 defeat at West Ham
Simon Lillicrap
16:03, 03 Apr 2022

Everton’s misery on the road continued as they were beaten 2-1 by West Ham and former manager David Moyes. That result keeps the Hammers’ outside hopes of a top four finish alive, but drops Frank Lampard’s side further into danger ahead of what is a relegation six-pointer against Burnley on Wednesday night.

Everton have the worst points total in away games this season having picked up just six away from Goodison, three fewer than both Norwich and Burnley have mustered this term. Worryingly for the Merseysiders, the midweek battle is at Turf Moor and if they lose, Burnley will be just one point behind them. Their status as a Premier League side could well depend on whether they turn up in Lancashire.

Unlike in recent weeks, this display away from home wasn’t too bad from Lampard’s side. They had several opportunities to win the game and were architects of their own downfall in East London. The momentum was well on their side after Mason Holgate’s second half equaliser, but then a spectacular defensive cock-up, allowed Jarrod Bowen to restore West Ham’s lead, before Michael Keane was sent off.

These errors are the ones that are so costly when you are attempting to secure survival in the Premier League. Now they will be without Keane, who joins a sizable list of absentees for that huge midweek match-up.

In a stale opening, Alex Iwobi fed Richarlison through and he managed to tap the ball past the onrushing Lukasz Fabianski, but it was Ryan Fredericks who made up for his poor marking to get back and deny the Brazilian a certain goal.

However, then Aaron Cresswell came up with a moment of magic. Bowen won a free-kick on the edge of the box and the left-back stood up and whipped it into the top corner, past the despairing dive of Jordan Pickford.

Everton, despite falling behind, still created decent chances in the first half. A great long ball from Pickford put in Richarlison and he attempted to flick it over Fabianski, but just floated it over the top of the bar. West Ham couldn’t quite find their cutting edge in the final third despite finding space on several occasions, but they did take a one goal lead into the break.

In the second period Declan Rice gave the ball away cheaply and Iwobi fed Dominic Calvert-Lewin who couldn’t even hit the target from inside the box. However, Everton would get back on level terms minutes later. West Ham failed to deal with a corner and Richarlison teed up Holgate, who stroked the ball into the net via a deflection. 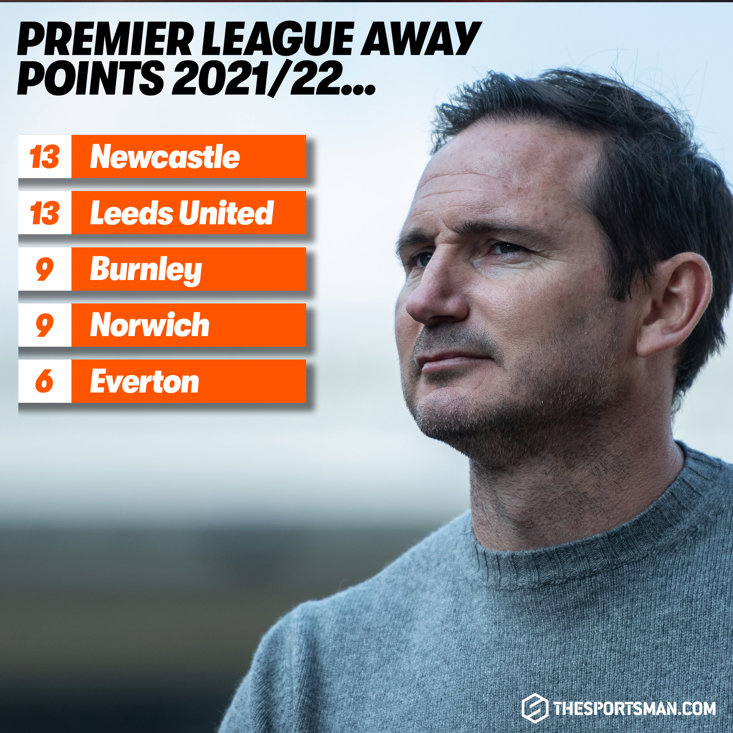 Holgate wasn’t even meant to be in Frank Lampard’s starting XI, until an injury to Donny Van de Beek in the warm up saw him called up from the bench to play in midfield. But just when things looked to be going well for the Toffees, they made a mistake that saw them fall behind and derailed their hopes.

Iwobi miscontrolled a pass from Keane which saw Antonio put through and although Pickford was on hand to stop his effort, Bowen was there to tap into an empty net. Having shot themselves in the foot once with that error, Keane then made things ten times harder for the Toffees as he went in late on Antonio, and received a second yellow card.

From that point, Everton were on the back foot and needed a last ditch tackle from Ben Godfrey, along with some wasteful finishing from their hosts to stay within one goal, but once again they came away with nothing.

Everton are in real trouble this term, and Lampard doesn’t seem to know how to stop the defeats away from home. Another one in midweek will set the alarm bells ringing.