The Juventus forward had suffered horrific racist abuse away at Cagliari last season but showed a resoluteness that the cowards in the stands would not affect or quiet him.

Alarmingly, however, he wasn’t backed and supported by his team, with manager Massimiliano Allegri and defender Leonardo Bonucci suggesting he had to take some of the blame for his celebration.

Moving to Everton in the summer, he joined a club that will be there for him.

On Saturday, as part of the Toffees’ annual Kick It Out game when they host champions Manchester City, fans will unfurl a huge 'No Al Razzismo' (No to Racism) banner featuring an image of Kean.

It is all down to the County Road Bobblers, a group of Blues who meet on the iconic street on the way up to Goodison Park, who, as the name suggests, wear Everton bobble hats during those dark winter days in L4. 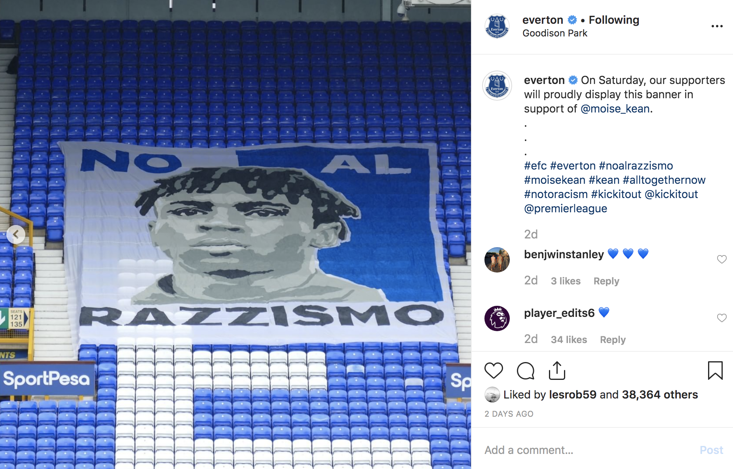 Setting up an online campaign, they’ve been bowled over by the support of the Everton family.

“We believe that the banner will welcome Moise to the club and show him that Everton are a family and that we stand with him as it did not appear his former teammates and Juventus fans did the same,” said Greg Neill, who along with David Wycherley, Mikey Cummins and Lee Mitchell, make up the @CBobblers1878.

“David from our group came up with the idea when Moise’ signing had been confirmed.

“At first it was all something of nothing and we just expected it to remain an idea and nothing more but Mikey from the group created a fundraising page and it snowballed from there.

“We’ve had support from the likes of Sky reporter Alan Myers and Bramley Moore (Everton’s planned new stadium location) architect Dan Meis. The Everton family on Twitter took this idea to the next level with their donations.

“We honestly couldn’t believe the reception it got! We expected to raise a couple of hundred pounds at best which may not even have funded a banner yet we totalled at just over £3,000 which paid for the banner and left sizeable donations to Everton in the Community and Kick it Out for good measure.

“Everton in conjunction with their All Together Now campaign matched our donation to Kick it Out which was great too”.

Sadly, the abuse Kean suffered is all too common in the sport with other players targeted since on social media in just the first few months of the season.

“When the original idea for the banner started, it was solely aimed at support for Moise considering the racial abuse he suffered at the hands of so called ‘fans’ of Cagliari last season,” Greg told The Sportsman.

“However, as this season has progressed we’ve seen Malcom, Tammy Abraham, Romelu Lukaku and Paul Pogba, to name but a few, suffer racial abuse so the message the banner is sending has become a wider issue.

“It’s not only to support Moise but to support any player at any level of the game that Everton FC and fans want to help kick racism out of the game.” 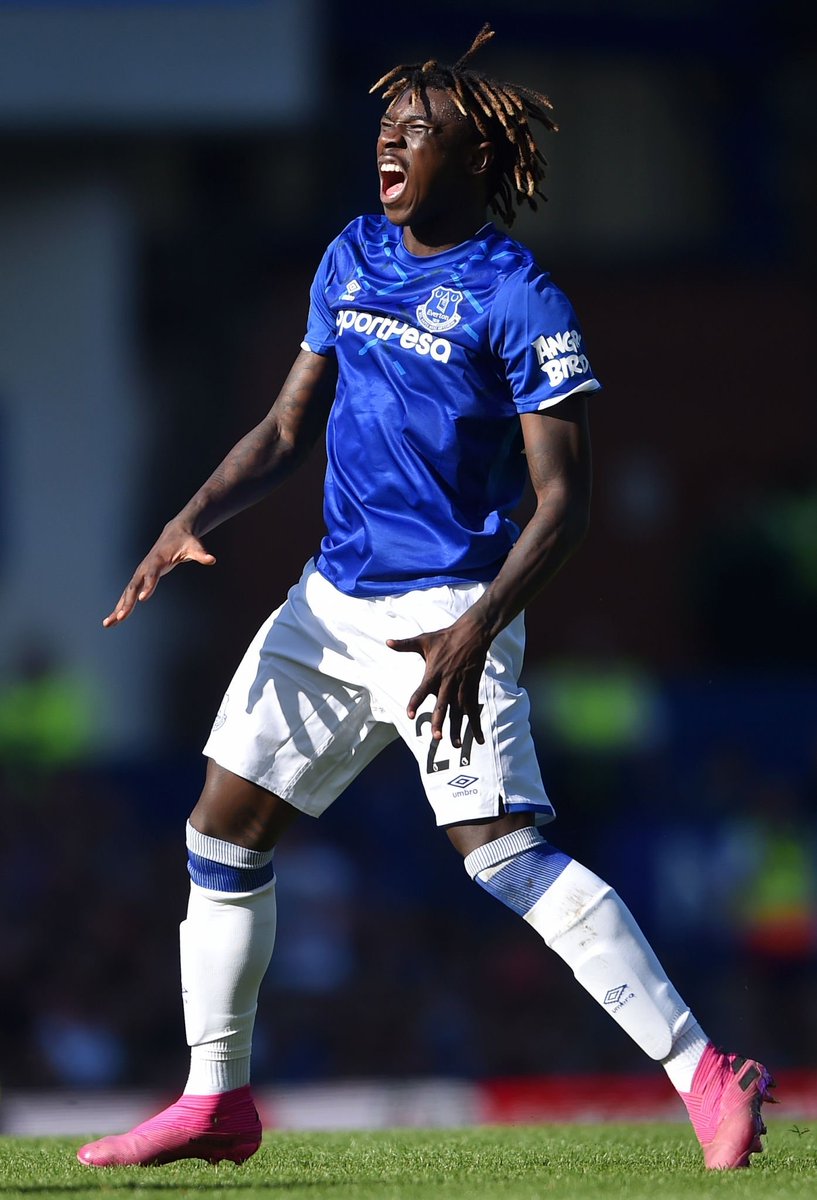 Everton do unbelievable work in the community - from youth players sleeping out at Goodison to raise money and highlight the plight of the homeless, to an Everton-themed 5k run, the club is an essential part of the local area.

So, it comes as no surprise that the ‘People’s Club’ have thrown their support behind the fan initiative.

“It’s amazing that Everton wanted to be a part of the banner," added Greg.

“This is our first banner and we had no idea how the logistics work of getting the banner in to Goodison, whether permission would be needed, healthy and safety etc but Everton took the bull by the horns and really guided us through everything we needed to comply with.

“The club have been amazing and I can’t praise Rachel and Andrea enough for the support and guidance they have shown.

The club have been keen for us to have the recognition for the banner with their support and have invited us to talk in the fan zone before the game.

“The fact that Kick It Out will also be at the game to receive the donation from us and the club makes the occasion even more special.”

Kean himself, who is still only 19, has seen the banner and is determined to thank supporters with goals.

Speaking to Everton’s official website, the striker said: “The banner is beautiful because racism is horrendous and we have to fight against the racists.

“I’m going to repay my fans for all they do for me. I’m feeling even more motivated to repay them by training at 100 percent and giving the maximum I can.”

Evertonians have made a concerted effort to improve the atmosphere at the Old Lady with flags, banners and the use of a siren before the players enter the pitch to ‘Z-Cars’ leading to a stunning run which including wins over Arsenal, Chelsea and Manchester United.

Greg believes it is a brilliant way to support the players from the first to the last.

“We think that the atmosphere at Goodison changed for the better with the introduction of the sirens before the Derby last season. The atmosphere that day was unbelievable, really goosebumps stuff.

“We believe the addition of banners and flags this season will only improve that atmosphere further and turn the stadium into that cauldron it has been in years gone by, especially because the Goodison is in its final years.

“If we can send messages of support to the players by way of giant banners, why not do it? We need the players to know we have their back so they can repay us on the pitch!”