Football
News
This year is crucial for Gray to get his career back on track and he has already shown great maturity at Goodison Park
Conor Keane
13:58, 13 Sep 2021

Demarai Gray has had a tough route to breakout in the Premier League. Having arguably wasted five years at Leicester City, he is grasping his second chance in the big time with Everton and it is clear that Rafa Benitez trusts the winger to play a key role this season.

It is a shame that the trajectory of the winger’s career has not been what was expected when he first stepped through the doors of Leicester City, having earned a Premier League winners’ medal in his first few months at the club. Now he looks to be correcting his course on Merseyside with the Toffees and his £1.7million summer capture could prove to be one of the best bits of business in the Premier League this season.

He has taken his lifeline in England with both hands and has so far turned in some excellent performances for Benitez’s side. Gray has two Premier League goals to his name, and he boasts an impressive 100% conversion rate – and what’s even more interesting is that his strikes have been scored with his weaker left foot. He is already halfway to his best goal return in the league which came back in 2018/19, so the signs are promising for Everton’s new winger, and he could become a key player for Benitez this season.

He has the pace and technical ability to cut inside and take defenders on, but he will also be able to drive down the line and put crosses into the box for the powerful forwards Dominic Calvert-Lewin and Salomon Rondon to attack the inviting balls in dangerous areas. Everton are going to reap the rewards in attack with the attacking dynamic that Benitez has assembled. 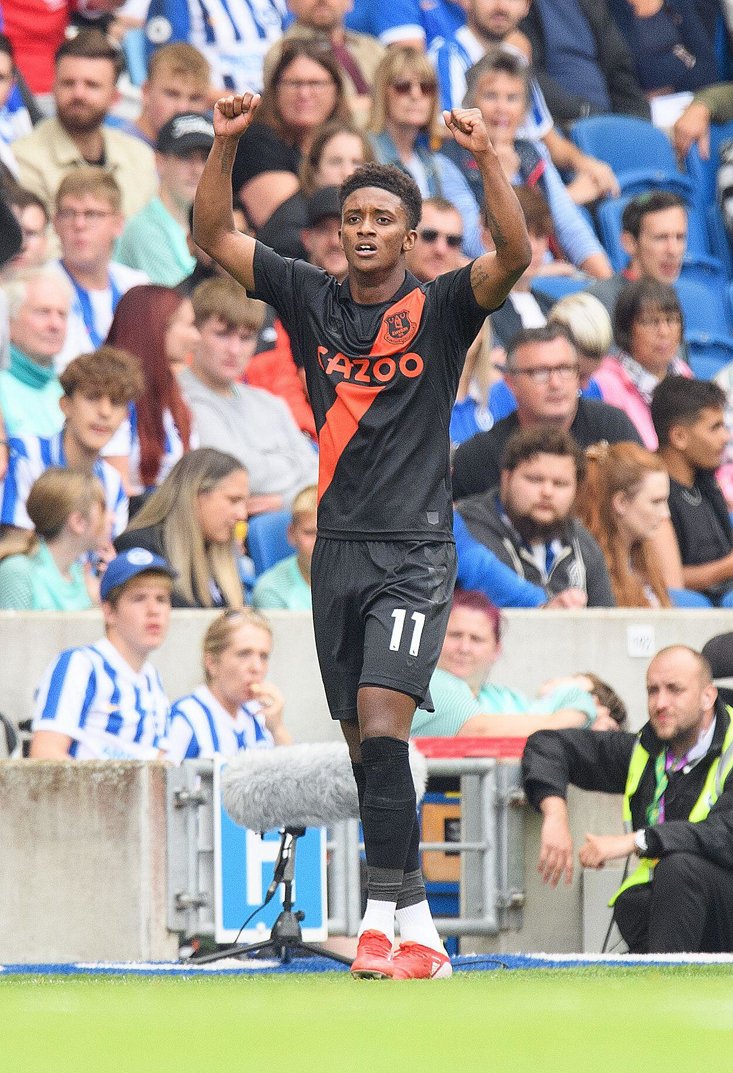 This year is crucial for Gray to get his career back on track and he has already shown great maturity and has really settled in smoothly into the Everton attacking line and he is already starting to impress those who have always wanted to see him live up to his potential. His Toffees teammate Andros Townsend, who also joined the club in the summer, has already branded his fellow winger as one of the “bargains of the summer”.

Benitez’s side welcome Sean Dyche’s Burnley to Goodison Park on Monday evening as they look to build on their strong start to the season where they are yet to taste defeat, whereas Burnley are yet to record a victory so far this campaign.

Betfred are offering 8/11 on Everton to emerge victorious, 11/4 for a draw and 9/2 on Burnley to register their first win of the season.