Football
News
The now infamous phrase could be cast aside for a positive era in the club’s history
Elliott Bretland
22:59, 10 Feb 2021

There’s a phrase used among the blue half of Merseyside which is so short and so succinct but sums up so much and it’s ‘Everton That’.

‘Everton That’ encapsulates all the times the Toffees shoot themselves in the foot, a star player gets injured at a vital time of the season, those moments in a campaign when anything that could go wrong, does go wrong. There is an inevitability about it. When it never rains but it pours. It’s a generational thing in the main, used mostly by Blues under the age of 30, who have spent a lifetime watching Everton reach a quarter of a century without lifting silverware. It is entirely self-deprecating. The saying seemed to have reached its peak when Everton led Newcastle 2-0 last season with 93 minutes on the clock and managed to snatch a draw from the jaws of victory. You get the gist.

Wednesday night’s FA Cup clash was the latest instalment of ‘Everton That’ when the Toffees rallied back from a goal down to lead 3-1 only to be tied at 3-3 on the hour mark. Davinson Sanchez put the visitors ahead after only four minutes to fill Blues with dread before Dominic Calvert-Lewin struck his 18th goal of the season and then assisted Richarlison to go ahead. Gylfi Sigurdsson then netted another from the penalty spot.

Then it happened; Erik Lamela struck before the break and Sanchez doubled his tally after it. It was a rollercoaster for both clubs but for Evertonians the sense of doom and familiarity will have been searing in their minds. Let down yet again when it matters most? Probably. 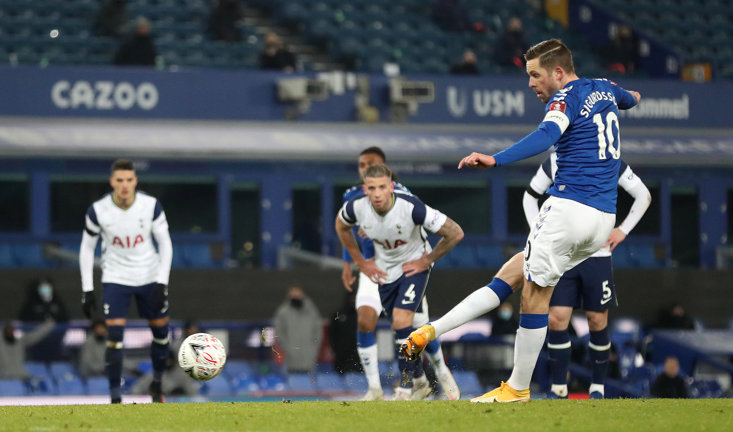 However, some managers and some players are stronger than a club’s unfortunate attraction to setback and failure. ‘Everton That’ is an enigma and a recent phenomenon. In fact, it is in the Everton DNA to win trophies as England’s fourth most successful club, despite what recent history may say and it just needs a coach powerful enough to end the apparent curse.

Carlo Ancelotti a man who has seen and won it all, has set about changing the club’s poor mentality on the road and they have already won seven times away from home and also had the belief to clinch a 94th minute equaliser at Manchester United.

In years gone by, if the Toffees squandered a 3-1 lead, Goodison would collectively sense another day coming that Everton did an Everton and a win was now off the cards. But not Richarlison. With the scores tied, he was hungry, he arched his run perfectly, drove forward and rifled the ball past Hugo Lloris with a stunning strike. However the ‘Everton That’ force was particularly strong and despite going 4-3 up, they allowed Harry Kane to head in at the back post with seven minutes remaining. The Evertonian heart faintly hoped for a win but the head told it something very different.

Just as they did 26 years ago though to win the FA Cup in 1995, the last trophy this club won, Everton rallied against a fancied Tottenham side and with Wembley again on the horizon, this time reached the quarter-finals with a brilliant 5-4 victory in extra-time. The fact the goal was scored by Bernard, a man on the periphery after his Toffees career had stalled and a player who was heavily linked with a January move which failed to materialise is oh so, you’ve guessed it, ‘Everton That’. At least this time it came with kinder reasons than usual. 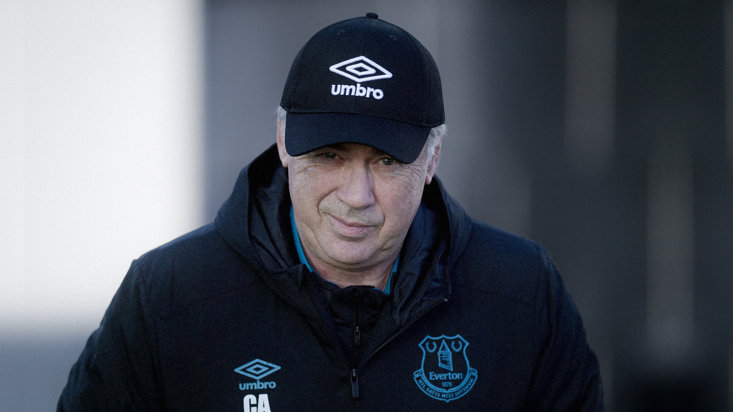 The feeling on Merseyside is that maybe, just maybe, the now infamous phrase could be cast aside for a positive era in the club’s history. Even if it loses its power just a little will show progress for the Toffees faithful and that glass half empty could soon be more than half full.

So, now, Everton are into the last eight by getting the better of Jose Mourinho and a quality Tottenham team, they can start to dream. Winning the FA Cup at the famous old stadium in a year their fiercely loyal and long-suffering fans can’t attend would really be typical ‘Everton That’ but for once, it would be full of positive connotations. Winning the FA Cup? Everton That, maybe. The wizardry of James Rodriguez, the drive of Richarlison and the hunger of Calvert-Lewin have been a match for the saying.

So far Ancelotti and his team have been a force strong enough to quell the power of the ‘Everton That’ phrase which has previously shrouded and cast a cloud over Goodison like a bad spell.