Football
News
Shazwan Mazuar from Malaysia enjoyed his first trip to Goodison Park even if the Blues did throwaway a two goal lead
Elliott Bretland
18:00, 22 Jan 2020

Most of us remember our first ever football match.

The ground towering over us, the walk up the steps and the vast green turf.

However, for Shazwan Mazuar, his maiden trip to watch his beloved Everton was an unforgettable experience for so many reasons, good… and very bad.

Travelling 6,637 miles from his home in Kuala Lumpur, Malaysia, to Goodison Park to see the Toffees for the first ever time as they took on Newcastle, it was an incredible pilgrimage throwing up a lifetime of memories.

However, it will certainly linger in the mind of every Evertonian, too, but for very wrong reasons after Carlo Ancelotti’s men, winning 2-0 in the 93rd minute, blew their lead to draw after conceding twice in the space of 93 seconds deep into injury time.

“Of course, we were controlling the whole game. I would call it the perfect first game experience apart from the final minutes.”

Shazwan Mazuar™
@Shazonetwothree
My whole life i've been watching Everton play in this stadium from a tv screen, feels surreal seeing them play live after 23 years of living. Travelled 6637 miles to come here from Malaysia! @Everton

All that way, for such an ending must have been galling. However, having watched the Blues his whole life on television, it seems he was actually at least mentally prepared for it.

After the game, Shazwan took to social media and joked: “Everton that” like a true Blue. “Don’t worry mates, not even a**** haha. Nothing unusual from Everton,” added this battlewary football explorer.

“I’m pretty sure every Evertonian could relate to that phrase,” he told The Sportsman, those two simple words common lexicon among the fanbase, used to sum up their view of the team’s consistent ability to mess things up.

“Being an Evertonian, you can never be confident with the game because anything can happen.

“Even things you don’t think could possibly happen can happen.

Having taken two months to plan the trip to the UK, Shazwan, aged 23, is a Toffee courtesy of his father.

“I’ve followed Everton since the year 2009. I was 12 at that time and was just a casual football fan,” he explained, speaking to us the day after his side’s humiliating capitulation. “I joined my Dad and my elder brother watch Everton’s games weekly on the TV.

“Without realising, I’ve fallen in love with the team. I owe my dad the honour of making me an Evertonian, he was a fan ever since the year 1977.

“Back in secondary school, his classmates had their own English league tournament during recess. They played football with a tennis ball and my dad was the keeper for Everton. He stuck to Everton ever since.” 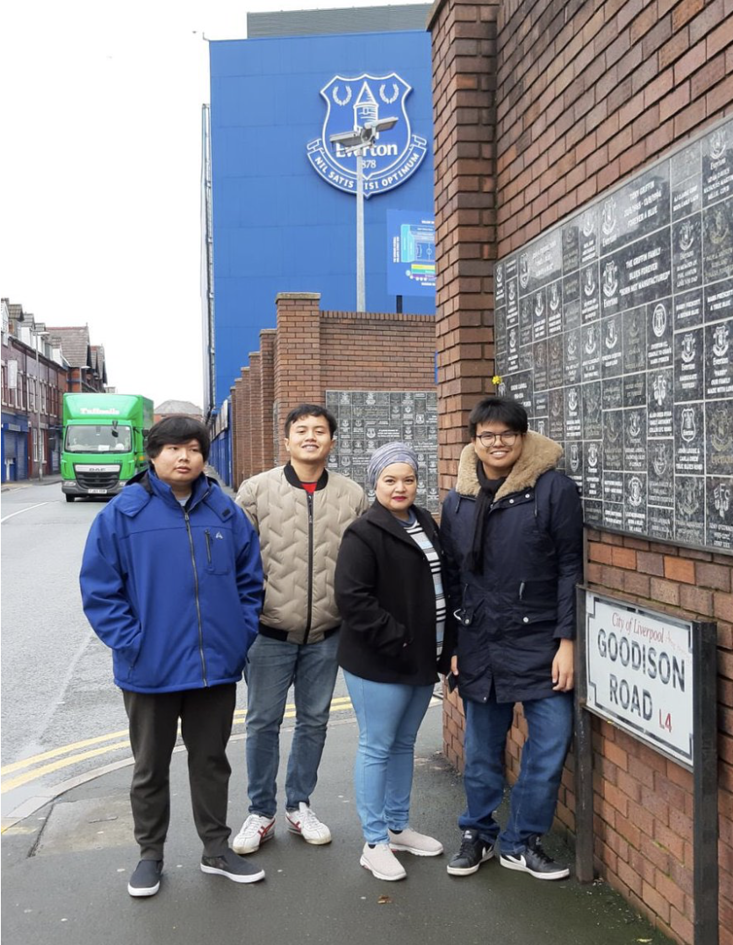 Watching the Blues religiously with his family or during his weekly meets with Malaysian Toffees, of which there are around 150 members, his dedication is unbelievable, missing only two or three games of the season.

“I try my best to watch every game, even the cup matches. The struggles that we Malaysians have to face are the midweek games where we have to wake up at three in the morning in order to watch the match.”

Now, at last, he was there in person on Tuesday evening.

“The atmosphere was fantastic!” he beamed. “Witnessing the game under the Goodison lights was breathtaking.

“Watching the game live in Goodison should be experienced at least once if you’re an Evertonian, it is simply a million times better than watching it from a screen.

“I would love it if i was given another chance to experience it again. Although the crowd was a bit quieter than how they were a few seasons back, it was still enjoyable. 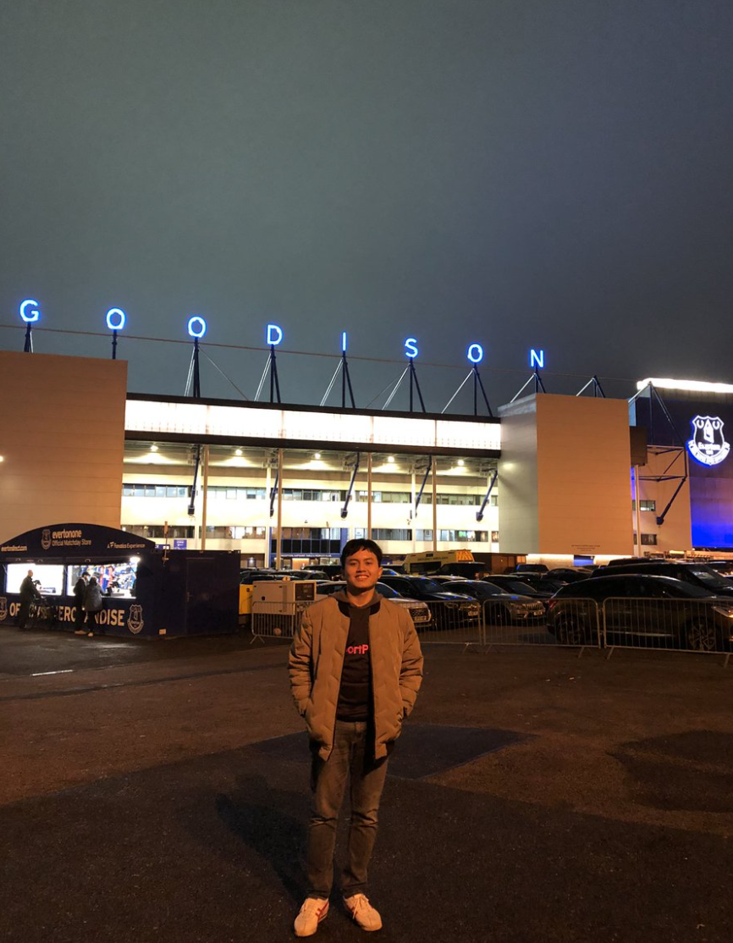 It’s true that the ‘Old Lady’ in L4, Everton’s home for well over 100 years, has been subdued in recent times after several seasons of struggle belying the hope and ambition at the start of every summer through the backing of billionaire owner Farhad Moshiri.

Expensive players have come and gone, managers too, but the fans stick with the team, from Liverpool to Malaysia; loyal.

One of few Blues in his homeland, his love for the club knows no bounds.

“My friends from Malaysia usually support Man Utd, Chelsea, Arsenal, Man City and Liverpool. So it’s very unusual to find an Evertonian in Malaysia, there are literally dozens of us.

“The passion of the fans and how much they believe in the team is something I highly respect.”

Despite such a horror ending, it hasn’t put him off. 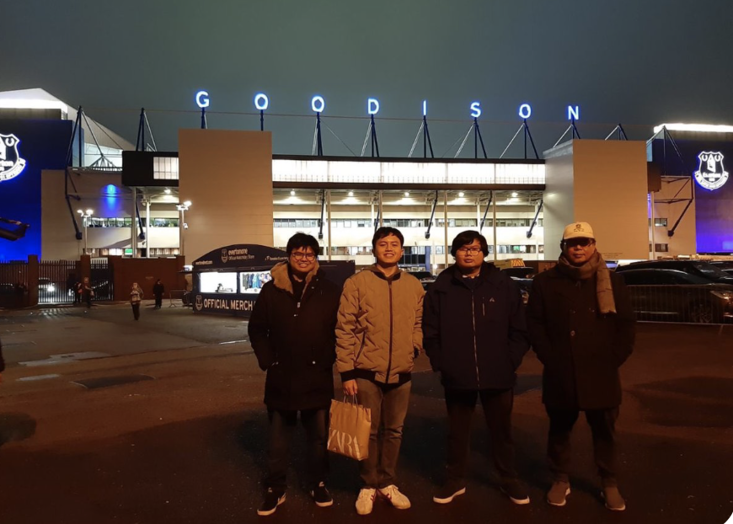