Football
News
Twelve games, with nine of them having some say in either promotion or relegation? Bring it on!
Conor Keane
10:18, 28 Apr 2022

While Germany and France have already crowned their champions, Spain, Portugal and the Netherlands are all about to do the same and it’s a case of the same old teams going for glory in the Premier League, there is one league with almost nothing decided and everything to play for going into a spellbinding final day.

Saturday’s thrilling lineup in League One sees three teams gunning for the title, four in danger of a crushing late absence from the play-offs and a three-from-five shootout in the battle to escape relegation. Save for Crewe Alexandra’s long-decided demotion to League Two, pretty much everything is at stake before final whistles blow at 2:30pm on Saturday.

Wigan Athletic are in the box seat for top spot ahead of their trip to Shrewsbury Town, but then the same was said before they somehow blew a 2-0 lead to Portsmouth on Tuesday night on the way to a sickening 3-2 defeat. The Latics could yet be overturned by both Rotherham United and Milton Keynes Dons, both of whom have been chosen to play in front of the Sky Sports cameras.

Rotherham head to Gillingham, who themselves need a positive result and other scores to go their way if they are to stay in the division. The Millers, meanwhile, looked surefire champions as recently as March but a horrid run of form has seen them reach game 46 still needing a win to confirm promotion. If they slip up, Milton Keynes could take second spot if they win at Plymouth Argyle. MK could even win the league if Wigan lose, Rotherham fail to win and there is a six-goal turnaround between them and the league-leading Latics.

Milton Keynes’ task is complicated by Plymouth’s own need to get a result in a record-breaking top-six race. Never in Football League history has a team missed out on a play-off spot with more than 80 points, yet Argyle are among a quartet still sweating despite having reached that figure. 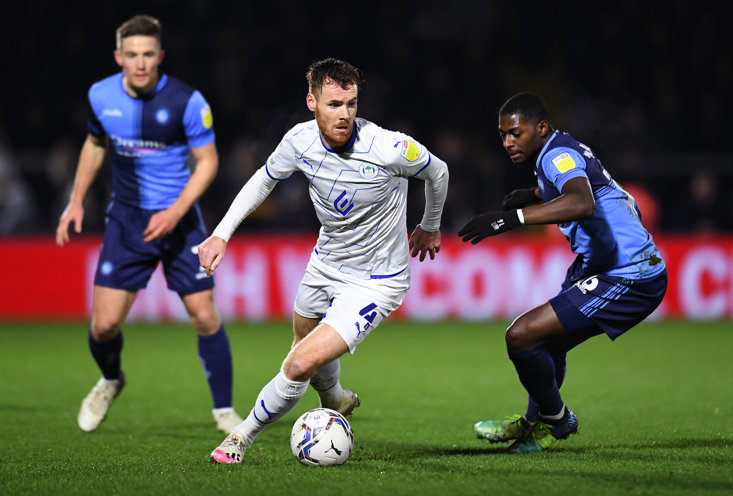 Wigan top the League One table heading into Saturday's fixtures

Sheffield Wednesday have gone from fourth to seventh and back to fourth in the last week alone, and a failure to beat Portsmouth at a sold-out Hillsborough could see them fall back out of the top six at exactly the wrong time despite going into their last fixture with a mammoth 82 points. Sunderland are in a similar boat, with their 81 enough for fifth going into their visit to Morecambe but far from enough to see them into the play-offs if other teams win.

Plymouth’s fixture with Milton Keynes could have further spice if Wycombe Wanderers rack up a few goals at Burton Albion, since both Steven Schumacher’s side and Gareth Ainsworth’s Wanderers have 80 points from their 45 games. Even a victory over Wigan wouldn’t be enough to secure Plymouth a top-six spot if Wycombe manage to beat Burton by two more goals.

With all that madness going on, there is every chance that a team could finish with 83 points but only find themselves in seventh place while the awards are being handed out elsewhere.

As for the bottom lot, there is plenty to scrap over down there too. Gillingham head to the New York Stadium with 40 points, but that leaves them 14 goals behind Fleetwood Town, who are sat in 20th - the first slot above the drop zone. That should render AFC Wimbledon’s result against Accrington Stanley and Doncaster Rovers’ efforts at Oxford United meaningless since both teams have 37 points and significantly inferior goal differences.

But if both Fleetwood and Gillingham win, there could yet be danger for Morecambe, who would be relegated on 42 points if they lose to Sunderland and could even go down with a draw and 43 if Gillingham somehow stick a few past Rotherham.

All of which makes for a ridiculously fun (or nerve-racking) final day. Twelve games, with nine of them having some say in either promotion or relegation? Bring it on.