Will it be third time lucky for Gennady Golovkin when he faces Saul ‘Canelo’ Alvarez for the undisputed super middleweight championship? Or will the Mexican superstar, smarting from a loss at the hands of Dmitry Bivol, make it two wins from three fights against ‘GGG’? There’s a lot at stake and a lot of narratives in play for this third meeting between the two future Hall of Famers.

Here’s everything you need to know about a huge 168-pound collision in Vegas.

How To Watch: The fight will be broadcast live on DAZN. The card will begin at 1am on Sunday morning in the UK with the main event expected at 5am.

Last Fight: 'Canelo' suffered the second defeat of his career last time out, losing via unanimous decision to Dmitry Bivol. Alvarez had been in the best form of his career going into the WBA light heavyweight title battle, but was outpointed by the unbeaten Russian. 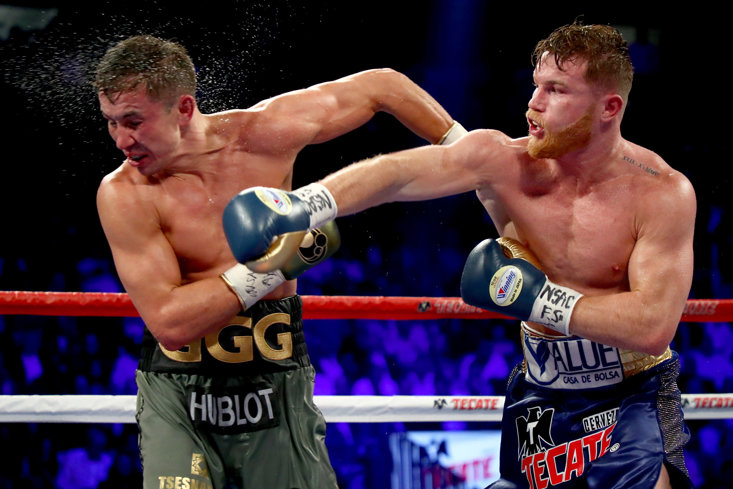 Last Fight: ‘GGG’ struggled mightily against WBA middleweight champion Ryota Murata in his most recent bout. IBF belt-holder Golovkin would win the unification collision by ninth-round TKO, but not before eating some heavy leather from the Japanese star.

Canelo: “It’s always been very personal with Gennady. That will never go away. After we finished the two fights, it still feels [very personal).

“He has never stopped talking about me. If you see, I never mentioned his name.

“I’ve always been in his mouth, he’s always talked about me, and that makes it even more personal.

“The fact that there is this rivalry puts an extra element there. It makes me train harder. I try harder. Personally, I sometimes feel better that it exists.”