Conor Benn takes a huge step up in class this Saturday when he faces former world champion Chris Algieri. The American has only lost in top company, with his three defeats coming to Manny Pacquiao, Amir Khan and Errol Spence Jr. Benn is ranked fifth by the WBA, and a strong showing here could put him on the radar of their champion Yordenis Ugas, or regular belt-holder Radzhab Butaev.

The co-main event sees Katie Taylor defend her undisputed lightweight championship against Kazakhstan’s Firuza Sharipova. The brilliant Bray, Ireland boxer is having her third fight of an active 2021, as she looks ahead to potential superfights with Claressa Shields and Jessica McCaskill next year.

Here’s everything you need to know about this big double-header.

Last Fight: Benn’s last fight was frustrating at times, when the tough but limited Adrian Granados seemed content to survive rather than try to win. ‘The Destroyer’ dropped his hands in the final round, trying to spark the American into life. He won’t be able to afford the same emotionally-led gesture against a fighter of Algieri’s quality. 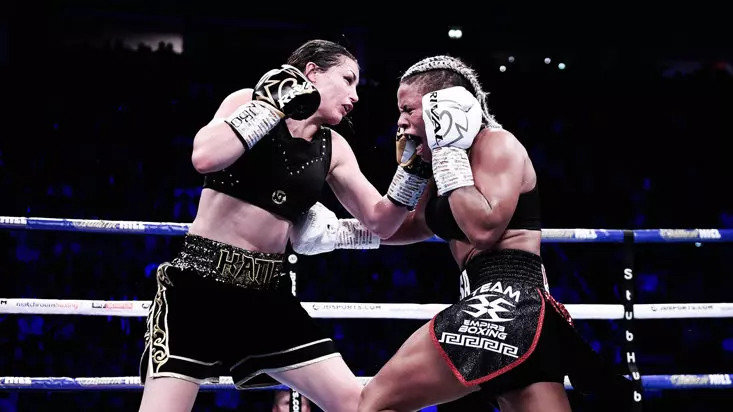 Last Fight: Taylor was made to work hard for her unanimous decision victory over Jennifer Han. The Texan was game but ultimately out-gunned, as Taylor dropped her in the eighth round before taking the nod from the judges.

“I believe I’m world level, and I should beat people like Chris Algieri with ease. I’m very confident in my ability and everything we have been working on. I’ve just got to go in there and leave my stamp. The minute I smell a bit of blood, I’m on him like a rash”. [The Ring]

“There's so many upsets this year in the boxing world, where people have maybe gone into the ring under-prepared or overlooking certain opponents. That obviously can't happen. I've made that mistake before as an amateur fighter, where I've overlooked opponents and been beaten as an amateur. I've learned that lesson the hard way. So, I'm 100% prepared coming into this fight and 100% focused.” [RTE]