The Hundred is back for its second edition and with the draft having taken place earlier this week, excitement is beginning to build ahead of the summer. Some of the best players in the world will be coming to ply their trade on these shores as the Oval Invincibles (women) and Southern Brave (men) strive to defend their crowns. Here’s everything you need to know as the tournament returns.

The competition begins on 3rd August and finishes on the 3rd September.

Where can I watch?

Although the number of matches is not confirmed, Sky Sports are likely to show every game live, while the BBC will show around 18 games in total on free-to-air television. If you fancy watching from your sofa, that’s the best way to take in the action, but the best experience you can get is going to the games in person.

This time there will be regular games at Edgbaston, Old Trafford, the Oval, Headingley, Lords, Sophia Gardens, Trent Bridge and the Rose Bowl, so you can get down to your local ground and cheer on your team. Adult ticket prices start from just £10.

What teams are involved?

The same as last year. That’s the Manchester Originals, Northern Superchargers, Birmingham Phoenix, Trent Rockets, Welsh Fire, London Spirit, Oval Invincibles and Southern Brave. These eight teams will battle it out for supremacy in both the men’s and women’s formats.

Every side plays each other once in a league table and then the team that finishes top advances to the final. Second and third play-off in an ‘eliminator’ to decide who plays the top-ranked side, and then it is a winner takes all final!

The Hundred
@thehundred
The best in the business! 🤩👇
#TheHundred 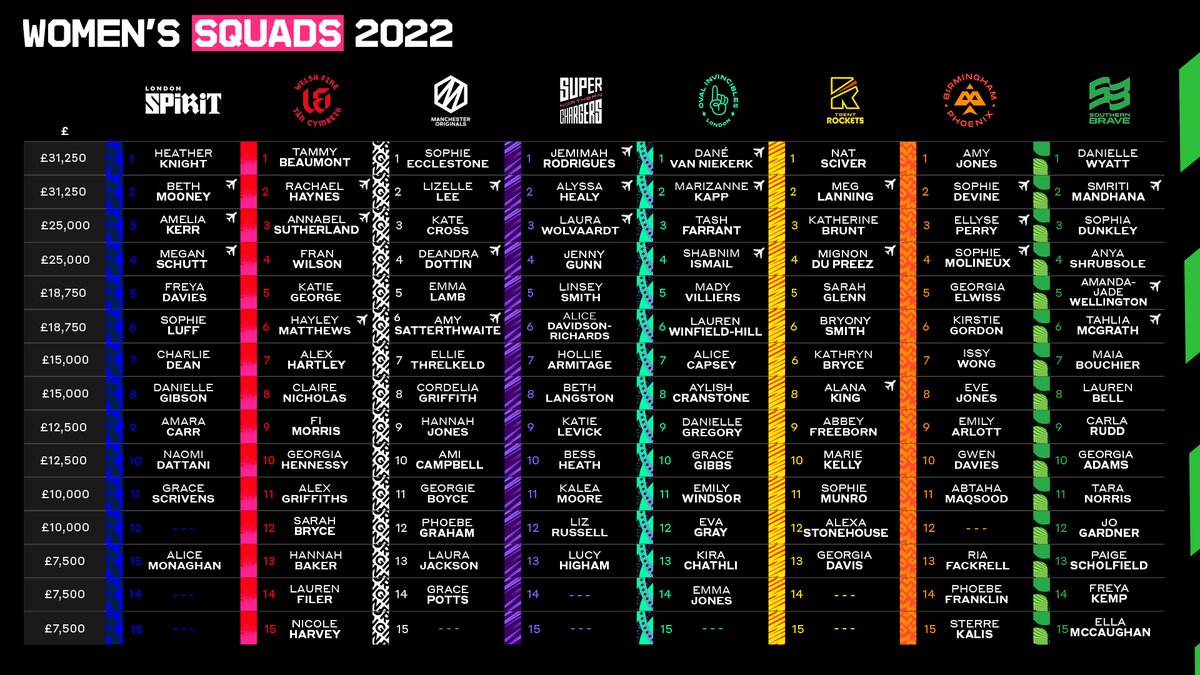 Which big names are involved?

Australia’s World Cup winning captain Meg Lanning is involved, along with 19 of the 22 women who played in the final between Australia and England. Tammy Beaumont has joined Welsh Fire as captain after playing for London Spirit last year, while Ellyse Perry will play for Birmingham Phoenix.

Due to the Covid-19 pandemic, several of these world stars were unable to play in the competition last time around, so we should see an increase in the quality on show.

England captain Joe Root will play for Trent Rockets again, while Ben Stokes will represent the Northern Superchargers if passed fit. With such a change up in squads and new stars playing for the first time, it truly is anyone’s competition to win.

Is anybody missing out?

Australia opener David Warner and Pakistan captain Babar Azam were not signed in the draft, so they are the two big absentees as things stand. Both players had a reserve price of £125k, and this appears to have put teams off, who instead used their funds on other options.

The salary bands range from £125k to £30k and teams must pick two players from each band. Teams also have two wildcards to add to their sides, one overseas and one domestic player, which could make things even more interesting.

Why should I watch it?

It may not be traditional, but it is exciting. 100 balls of action played at a break-neck speed, with female players given the same platform as the men to showcase their skills. We saw last year how a new younger audience was engaged with the sport and hopefully, we see more of the same this time around.