Boxing
News
We got the lowdown on the upcoming eSports Boxing Club, the first decent boxing sim in more than a decade
Seb Parkinson
14:00, 01 Apr 2021

The last time we were treated to a boxing simulator was back in March 2011, with the last instalment of the Fight Night series, Fight Night Champion. That’s a full decade the sport has been left in the gaming abyss! The upcoming, hyper-realistic eSports Boxing Club is set to change that.

The game, which looks beautiful, will feature 65 licensed fighters on its roster, which will expand every season, has seven championship titles, from the iconic ‘green and gold’ of the WBC to the legacy-defining Ring Magazine strap and it will include up to 50 attributes and traits, from punch power to discipline, to make sure every boxer feels unique.

We spoke to Fuad Abdul-Aziz, Community Manager at Steel City Interactive, the team behind the game, to get the lowdown on what we can expect…

We are an independent studio based in Sheffield. Our Studio comprises of new talent and industry veterans whom have worked on some of the biggest AAA franchises. Being avid boxing fans, we were frustrated at the lack of boxing games available, so this all started as a passion project. It has now turned into the most advanced boxing game ever in terms of features, licenses and scope.

How far into development is the game?

The project started 18 months ago, however we completely upgraded everything in June 2020 and essentially built the game again from the ground up. The title has come on tremendously thanks to our talented team. Almost every other week, the game improves to another level. However, even after release, ESBC will continually be developed as we will add more features into the game.

What can we expect from the roster?

Our roster is one of the biggest in sports gaming period. The variety of fighters in the game is something which will make ESBC stand out. We have legends, current/former world champions & prospects. The roster covers fighters from the UK, South/North America, Asia, Australia & various European countries so you can see the incredible variety.

Will there be expansion passes with new characters and venues?

Yes, some of the new fighters that we add post release will be available as DLC, however some fighters and venues will be provided to fans as free updates.

We are working extremely hard to licence as many of the world recognised venues as well as adding some of our own that the developers have created.

How accurate are the stats for each fighter going to be?

ESBC will feature a Live Update system, whereby fighters statistics and records are updated. The statistics will match the general consensus of each fighter.

Have you had any feedback from fighters about the game?

Yes, boxers have realised that boxing has been left behind in the gaming sphere, with MMA and other combat games taking centre stage. The fact that there are world champions who have had full careers and retired, without ever being in a videogame is a sad state of affairs for boxing video games. We are extremely grateful to the boxers who have continually showed their support to the game. The fighters are obviously extremely excited to play with their character in the game as well as those who are not in the game. 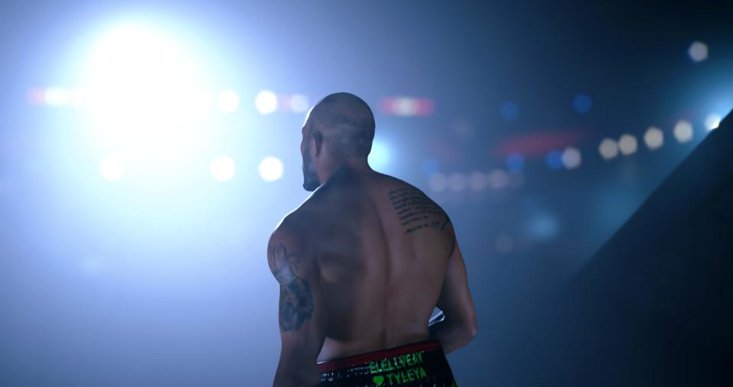 We will have both the stick system as well as buttons in ESBC as we understand certain gamers like certain styles.

What platforms can we expect to play the game on when it’s released?

Our plan is to release on PC, PS4/PS5, XBOX One series S/X. Early access will be available on PC only and then console release will follow later on.

Anything else you’d like to add to promote the brand?

By having the WBC, Ring Magazine, IBF, CompuBox and BoxRec all featuring in ESBC, gamers can finally look forward to a fully licensed boxing game with lifelike next-generation graphics.

x
Suggested Searches:
Tyson Fury
Manchester United
Marcus Rashford
Lewis Hamilton
F1
Air Jordan
More
boxing
Ben Askren Says He 'Let The World Down' After Losing Jake Paul...
Former UFC fighter Ben Askren has said he ‘let the world down’ after losing Saturday’s [ ... ]
boxing
Middleweight Marcus Morrison Answers the Call That Could Change...
It was many happy returns for Marcus Morrison when he received the phone call that could change his [ ... ]
boxing
Everything You Need To Know About Jake Paul And Ben Askren's...
After months of trash talk, the battle between YouTuber Jake Paul and former MMA star Ben Askren finally [ ... ]
boxing
Claressa Shields Fight Could Happen At End Of Year, Says Savannah...
It’s one of the biggest fights to be made in women’s boxing and according to WBO middleweight [ ... ]
boxing
Tyson Fury And Anthony Joshua Agree To Fight In Saudi Arabia,...
Anthony Joshua and Tyson Fury have agreed to fight in Saudi Arabia, according to reports. With the winner [ ... ]
boxing
De La Hoya In ''Talks'' With Eddie Alvarez, Five Boxing Stories...
Oscar De La Hoya has found his “big name” UFC opponent, Anthony Joshua and Tyson Fury’s [ ... ]
boxing
Claressa Shields Finds Opponent And Venue For MMA Debut In June
Two-time Olympic gold medallist Claressa Shields has found an opponent and venue as she makes the swap [ ... ]
boxing
Chris Eubank Jr Wants ''End Game'' Gennady Golovkin And Targets...
Chris Eubank Jr may have been out of the ring for the entirety of 2020 but he returns on May 1 in Manchester [ ... ]
boxing
Paintball, Pogba and Me: Marcus Morrison Talks Football And...
Marcus Morrison will soon take aim at Chris Eubank Jr, but it won’t be the first time he has had [ ... ]
boxing
Evander Holyfield, 58, Set To Take On Former Mike Tyson Foe...
Heavyweight legend Evander Holyfield looks to have found an opponent for his long speculated return [ ... ]
boxing
Conor Benn Destroys Samuel Vargas In Just 80 Seconds And Calls...
Conor Benn was in explosive form on Saturday night, blitzing Samuel Vargas with a swathe of shots which [ ... ]
boxing
“Mature” Conor Benn Confident He’ll Rise To The Challenge Against...
Conor Benn takes another step up in his promising career on Saturday night when he takes on grizzled [ ... ]
boxing
Whyte Willing To Go To Alabama For Wilder Fight, Five Boxing...
Dillian Whyte is willing to go to Alabama to set up a clash with Deontay Wilder, Claressa Shields is [ ... ]
boxing
Eddie Hearn Would Love To See A Two-Fight Series Between Ngannou...
Last week, newly-crowned UFC heavyweight champion Francis Ngannou announced his long held desire to [ ... ]
boxing
Amir Khan Warns Conor Benn Of 'Dangerous' Samuel Vargas Threat
Amir Khan has warned Conor Benn to be wary of Samuel Vargas’ "dangerous" power [ ... ]
boxing
Carl Frampton Calls Time On Stunning Career After Losing Record...
Carl Frampton has called time on his brilliant boxing career after his bid to become a three-weight [ ... ]
boxing
Conor Benn Targets Khan Or Brook, Five Boxing Stories You Might...
Conor Benn is targeting a big domestic bust-up, Devin Haney has found a test at lightweight and one [ ... ]
boxing
Dillian Whyte Ready To Fight Deontay Wilder Or Andy Ruiz Jr,...
Dillian Whyte is ready to take on Deontay Wilder or Andy Ruiz Jr after defeating Alexander Povetkin, [ ... ]
boxing
Forget The Year Of The Ox, Frampton’s Ready To Make It The Year...
It’s been one hell of a ride for Carl Frampton. He was already a two-weight world champion, the [ ... ]
boxing
Josh Warrington Seeking To Put Things Right Against Lara, Insists...
Josh Warrington will get back in the ring with Mauricio Lara to "put right" the shock [ ... ]
boxing
Dillian Whyte Blitzes Alexander Povetkin In Four Rounds To Gain...
Dillian Whyte gained revenge over Alexander Povetkin in Gibraltar on Saturday night, stopping the Russian [ ... ]
boxing
Campbell Hatton Makes Dad Ricky Proud With Professional Debut...
Campbell Hatton kicked off his professional career with a win by beating Jesus Ruiz (0-11) via [ ... ]
boxing
De La Hoya, 48, Signs Multi-Fight Comeback Deal, Targets ‘Big...
Eleven-time world titlist and six-weight world champion Oscar De La Hoya has confirmed that on July [ ... ]
boxing
Repeat Or Revenge? Heavyweight Rematches Dillian Whyte Can Take...
On Saturday night, Dillian Whyte heads to Gibraltar in search of revenge against Alexander Povetkin [ ... ]
boxing
Dillian Whyte In Great Shape And Blocking Out Background Noise...
Dillian Whyte insists he “doesn’t care” about outside opinions on his rematch with [ ... ]
boxing
AJ Vs Fury Could Happen At Wembley - Five Boxing Stories You...
The son of British boxing royalty makes his professional debut this weekend, Vasyl Lomachenko has finally [ ... ]
boxing
Whyte Out To Bounce Back And Prove The Doubters Wrong Against...
Dillian Whyte has vowed to prove wrong anybody who has written him off in the past and insisted he will [ ... ]
boxing
''I Want It All'' - Okolie Targets Mairis Briedis And Cruiserweight...
Lawrence Okolie looked sensational when he stopped Krzysztof Glowacki inside six rounds at the SSE Arena [ ... ]
boxing
Povetkin Dismisses Dillian Whyte's Coronavirus ''Excuse'' Claims...
Alexander Povetkin has insisted that he had a positive Covid-19 test which forced the rescheduling of [ ... ]
boxing
How Muhammad Ali Vs Chuck Wepner Helped Inspire Stallone To...
The story of Rocky Balboa has drawn influences from a number of real-life boxers but until recently the [ ... ]