It’s FA Cup quarter-final weekend and with the top two teams in the country, Chelsea and Arsenal, both still in the competition, we are still on for a repeat of last year’s final - where Emma Hayes’ Blues came out on top. Here’s how every quarter-final is looking ahead of the weekend.

Currently top of the Women’s Super League, Arsenal have got a relatively simple draw against the club bottom of the Women’s Championship, Coventry United. They’ve won just two games all season after being handed a ten point deduction after entering voluntary liquidation. They were saved by a last-minute buyer in January and have done amazingly well to reach this stage, but now face the potential champions of England.

It’s quite a different landscape for Arsenal, who have had a phenomenal season and are closing in on an unexpected title. If they can gain revenge over Chelsea by also winning the FA Cup, it would be a historic double. But if Coventry can pull this off against Jonas Eidevall’s winning machine, it would go down as one of the greatest FA Cup shocks of all time.

How to watch: BBC Red Button or BBC Iplayer

A sell-out crowd awaits Ipswich Town this weekend as they look to pull off a shock of their own against WSL side West Ham. The Tractor Girls sit top of the FA WNL Southern Premier Division, the third tier of English women’s football and have enjoyed a cracking season, winning 16 of their 20 games. Promotion surely awaits, but first they will target a big scalp in the FA Cup.

Joe Sheehan will have 2000 fans behind his side this weekend, but they face a huge test, as West Ham are targeting a top half finish in the WSL and head into this one on the back of a 1-1 draw with Manchester United. They were runners-up in this competition in 2018-19 and will be looking to make it to another semi-final, against lower league opposition.

You can watch this one live on the BBC, so tune in for a potential upset!

Ipswich Town FC Women
@ITFCWomen
🚨 𝗧𝗜𝗖𝗞𝗘𝗧𝗦 𝗦𝗢𝗟𝗗 𝗢𝗨𝗧! 🚨
We're delighted to confirm that tickets for our upcoming @VitalityWFACup Quarter-Final against West Ham United have sold out in less than 24 hours 🤯
What an unbelievable show of support from the Blue Army! 👏 💙
#itfc | #WomensFACup 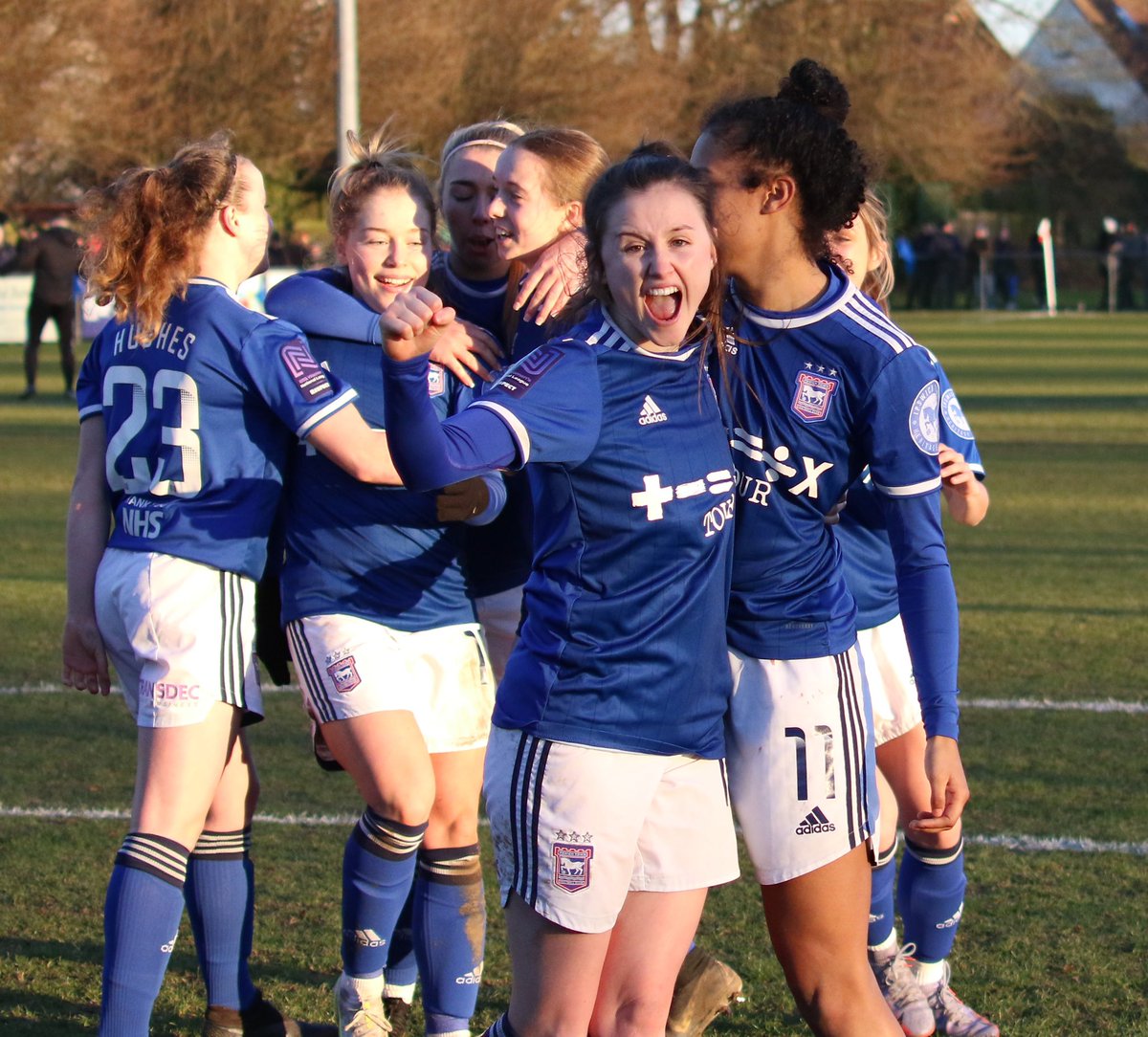 Gareth Taylor’s Manchester City side are looking to do the domestic cup double having beaten Chelsea in the WSL Cup final last month. That silverware has salvaged a disappointing league season that has seen them slip from title contenders last campaign, to fourth place this season - although some good recent form has seen them close in on third placed Manchester United.

They thumped United 4-1 in the last round and are now one of the in-form teams in the country. The Citizens should win this one given their attacking output in recent weeks, and they smashed Everton 4-0 on the opening day of the season, but a lot has changed since then.

Jean-Luc Vasseur has, with back-to-back league wins, taken them away from relegation danger and a win over Charlton saw them into the last eight of this competition. It will be a huge ask for them to upset the apple cart here, but the FA Cup is built on shocks like this.

Despite the lower-league teams in action, this is surely the most straightforward tie of the round. Emma Hayes’ defending champions beat Everton 3-0 in midweek and will return to the top of the WSL if they win their game in hand on Arsenal. Meanwhile, Birmingham are a dismal outfit this term, have picked up just four points from their 17 matches so far in the league.

Chelsea beat them 5-0 in the correlating league fixture and with home advantage again, this one should be comfortable for the Blues. Even the magic of the FA Cup can’t save a turgid Birmingham side.