The Women’s Super League continues this weekend and we are hoping that there will be no fixtures disrupted by Covid-19 after three matches were postponed last week. But that did not stop the remaining games from serving up shocks and excitement as Darren Carter’s Birmingham City stunned league leaders Arsenal with a 2-0 victory at St Andrew’s. With that surprising defeat last time out, there could be more interesting results to come this weekend.

Here is everything you need to know about this week’s fixtures.

Carter’s Birmingham side got that much-needed win last weekend against the Gunners and they will be full of confidence as they face up against former boss Marc Skinner for the second time this season, looking to build on that momentous victory. Skinner’s team will have been well-rested after having their fixture with West Ham United postponed but that extra week off could work either for or against them. After all, they are coming up against a reformed side who have just handed the league leaders their first defeat of the season, and they will certainly cause United problems. But having beaten the Blues earlier in the season, Skinner will feel that he can hand his old side another one.

Aston Villa were one of the other casualties of last week’s postponements and they might have benefitted from that extra week off. They had lost three on the bounce and Carla Ward will be desperate to rectify that and get her side back to winning ways. Villa will have to be wary when they face Gareth Taylor’s side as they ran out as comfortable 6-0 winners against Brighton & Hove Albion as they look much more like their usual selves on the pitch and ruthless in front of goal. 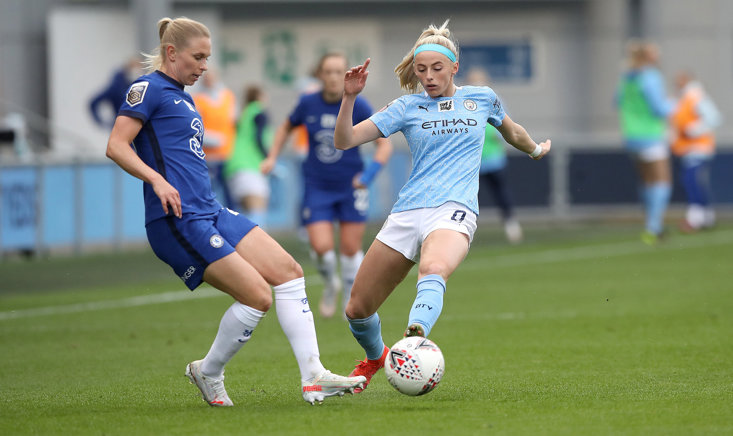 Chelsea boss Emma Hayes will not have enjoyed having a week off due to Covid-19 postponing her side’s fixture from last weekend, but she will expect her players to be ready to get to work again in order make amends for their defeat against Reading. The Blues will have been boosted by Arsenal’s defeat against Birmingham, and with a game in hand, they will have the chance to close the gap on their title rivals. Everton, who also missed out on playing last week, will also be looking to return to winning ways after their latest defeat at the hands of Tottenham Hotspur. Boss Jean-Luc Vasseur will have seen the week’s break to regroup his players and prepare them for the tough test the reigning champions will bring.

How to watch: BBC One/iPlayer

Jonas Eidevall’s side’s chances of going invincible this season were decimated in Birmingham last time out and the Swedish coach will look for a response to his players after their first league defeat of the season. They played below their usual standards against Birmingham and Eidevall will look to ensure the complacency and errors that were on display are quickly addressed for the visit of Kelly Chambers’ Reading side. Reading have already stunned Chelsea this term, and Chambers will sense an opportunity to hit the Gunners while they are down as she pushes for the top four.