The Women’s Super League resumes this weekend and with West Ham United v Manchester United, Chelsea v Tottenham Hotspur, and Aston Villa v Everton postponed as a result of Covid-19, only three fixtures will be played this weekend with a huge incentive in place for Arsenal in the title race.

Here is all you need to know about this week’s WSL fixtures.

How to watch: BBC iPlayer/Red Button

Gareth Taylor’s side will have an opportunity to leapfrog their opponents and take a step closer to the top four in what is sure to be a tight contest. Brighton have been a force so far this season and Man City will need to be at their very best if they are to come away from the south coast with any points. Taylor will know the mental boost a victory to kick-start 2022 will do for his players. They have won two on the bounce and will look to build their momentum with victory over Hope Powell’s side, who have lost their last two league matches.

Darren Carter’s side welcome league leaders and the still-unbeaten Arsenal to St Andrews as they still search for their first league win of the campaign. With just a single point to their name, they are currently bottom of the WSL table and are in serious jeopardy of being relegated from the division for the first time. Jonas Eidevall’s side will be full of confidence as they prepare to take on the struggling Blues and three points could see them further extend their lead at the top of the table, with second-placed Chelsea out of action this week. 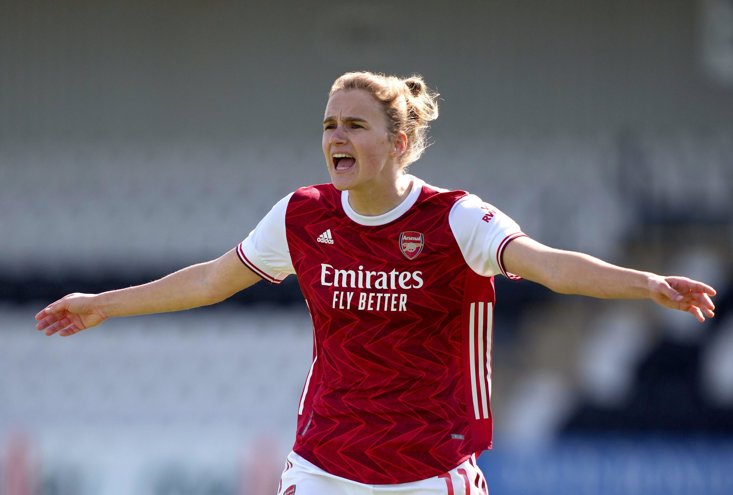 Betfred Odds: Both teams to score is 4/5

Leicester won their first game of the season in their last match as they defeated fellow strugglers Birmingham City in Lydia Bedford's second league game in charge. Her players will have been instilled with confidence for the first time this term after getting that elusive first win under their belt and they will look to build on that against Reading. But the hosts will be full of confidence after handing Emma Hayes' Chelsea their second defeat of the season and Kelly Chambers will look to push further up the table. A victory over Leicester could propel her side to two points outside the top four.