The Women’s Super League returns this weekend with Arsenal having stretched their lead at the top of the table to five points following a 4-0 victory over Reading on Wednesday evening. They will be pleased to have widened the gap ahead of reigning champions Chelsea, but Emma Hayes’ side have two games in hand on the Gunners.

There are some interesting fixtures to come on matchday 16. Here is the lowdown on this week’s biggest matches.

Marc Skinner’s side have suffered a dent in their momentum in recent weeks having drawn and lost their last two games respectively. Before that, they had won their last four and looked like they could have put themselves in the race for the title. Now, they are sat in fourth, nine points behind leaders Arsenal, although they do have a game in hand. With a home match against struggling Leicester City, the Red Devils should be taking full advantage of their opportunity to return to winning ways. 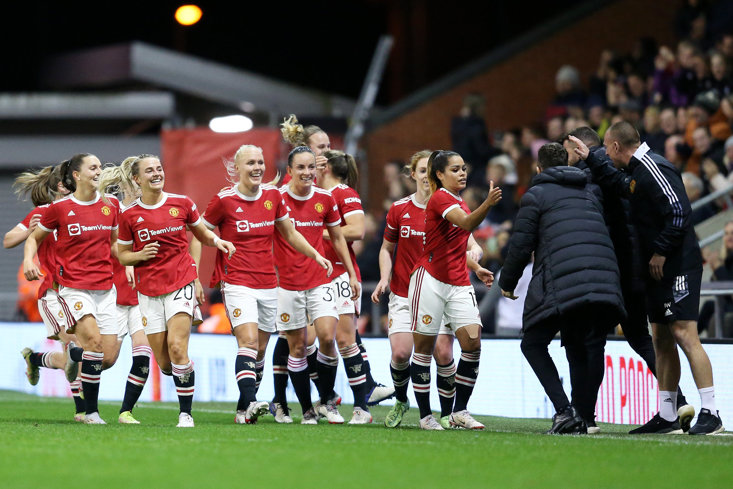 How to watch: BBC Two

The Gunners will have the chance to extend their lead at the top of the table to eight points when they welcome bottom-of-the-table Birmingham City to Meadow Park. However, they will need to be careful with how they approach this match due to the Blues defeating them in the reverse fixture at St Andrew’s earlier this season.

Since then, the Gunners have continued to pick up positive results while Darren Carter’s side have returned to their poor results before that shock victory earlier in the season. Jonas Eidevall will be looking to his star striker Vivianne Miedema and Lionesses stars, such as Leah Williamson and Beth Mead, who just won the Arnold Clark Cup with England, to help strengthen their position in the title race.

As for Birmingham, they look like a side who have already conceded defeat in the fight for survival as they sit eight points adrift from safety and it looks like only a miracle could save them. 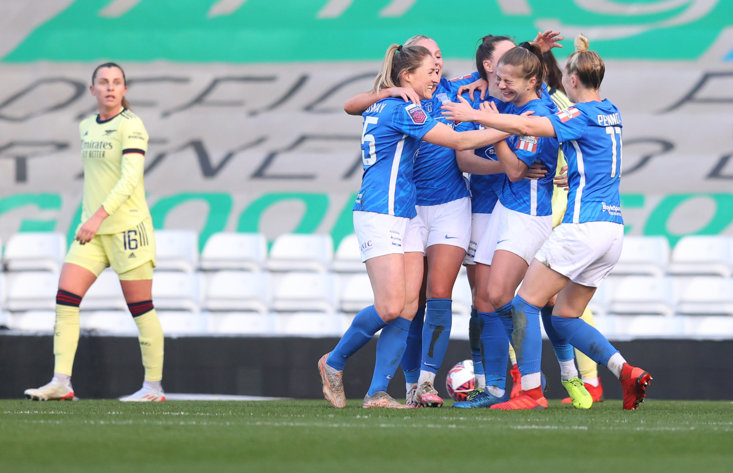 Reading have had a very turbulent season under Kelly Chambers and their inconsistency this term has held them back from putting pressure on the clubs above them. They face a hungry Spurs side who are currently third in the table and are still in a position to push for the title and a place in the Champions League.

Rehanne Skinner’s side have won their last two matches on the spin and with a game still in hand on rivals Arsenal, it is getting to that stage in the campaign where every point matters.

Olli Harder’s Hammers are another example of a team in the WSL who have been hindered by inconsistent results this year and they will face a tough test in current champions Chelsea. Hayes’ Blues have got some ground to make up on their London rivals Arsenal, but they still have two games in hand on the Gunners.

However, it is not the games in hand that matter to the Blues, it is the points they take from them and they cannot afford to lose any more points in the final stages of the season otherwise they can bid farewell to their chances of landing a third consecutive title.