Football
News
The title race and competition for European places is hotting up
Conor Keane
17:05, 11 Mar 2022

There are some exciting fixtures in store in the Women’s Super League this weekend. After some of the action we received last weekend as well as in midweek, it is shaping up to be another thrilling round of matches as the season’s end draws closer, with the title race still keeping us in on the edge of our seats.

Marc Skinner’s Red Devils travel to Reading in the hopes of applying pressure at the top of the table as they sit just four points behind the current champions Chelsea, although the Blues have a game in hand. Skinner’s side are currently level on 28 points with Tottenham Hotspur who are in fourth and with that fierce competition for the third Champions League spot, the race for European football will have an interesting finale, like the title race.

Having won three of their last five matches, Manchester United will be heading to Adams Park with more confidence than the home side who have struggled to get going in recent weeks, having lost two and drawn. Kelly Chambers’ side cannot be written off however, as teams who are in desperate need of returning to winning ways more often than not prove to be the toughest opponents. This is all set up to be an interesting contest in front of the Sky cameras.

Where: The Hive Stadium, Barnet

How to watch: BBC Two

This looks to be the biggest clash of the weekend as Champions League-chasing Tottenham welcome the League Cup champions Manchester City, who also are in the race for Champions League football next year. Gareth Taylor’s side sit one place and five points behind Spurs in the table and they will have a huge incentive to gain three points in north London as not only would they close the gap on Spurs but they would have a game in hand which could turn out to be crucial come the end of the season. Rehanne Skinner’s team are unbeaten in their last three WSL games and they will be hoping that the home crowd can spur them on for this crunch clash. 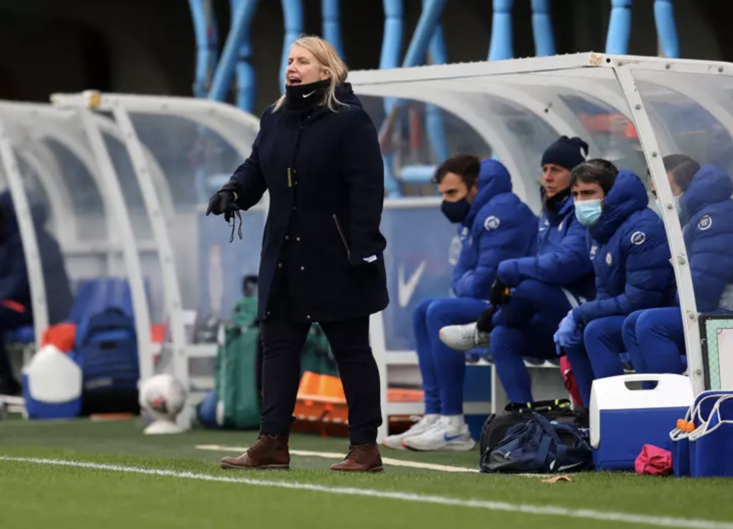 Where: Kingsmeadow, Kingston upon Thames

Emma Hayes’ side delivered the perfect response on Thursday after their League Cup final defeat to Manchester City. The Blues won comfortably away at West Ham United to keep themselves firmly in the race to retain their title. With Pernille Harder scoring a brace and Sam Kerr also getting on the scoresheet, Chelsea boss Hayes will be pleased to see her attackers continuing to lead from the front as they look to make ground on leaders Arsenal with two games in hand on the Gunners.

The Blues are unbeaten in their last five, winning three of them and welcome a struggling Aston Villa side. Carla Ward’s team have won two and lost three in their last five and while they don’t look to be in any danger of relegation this term, Villa have to start thinking of how to finish the season strongly so they can start pushing on next year.

Jonas Eidevall’s Gunners have another opportunity to take a giant step forward in the race for the title. After surviving a late scare against bottom-of-the-table Birmingham City last time out, Arsenal will be hoping to avoid such drama against the Seagulls. Star striker Vivianne Miedema will have the chance to improve her WSL legacy after not only being the division’s all-time leading goalscorer but the first player to be directly involved in 100 goals after her strike against Birmingham last week.

Eidevall’s team currently have a five-point advantage over title rivals Chelsea, but will be wary of the two games in hand the Blues have still to play. With six games remaining, every point matters as this title race looks set to go to the wire.