‘The Matrix’ is back. Forget the long-awaited Keanu Reeves sequel, the physics-defying phenomenon we’re talking about here is lightweight superstar Vasiliy Lomachenko. The supreme Ukrainian returns to the ring this weekend against former IBF champion Richard Commey in another high-quality dust-up from the division that keeps on giving.

The undercard features big-hitting heavyweight Jared Anderson, fresh off his TKO victory over Vladimir Tereshkin on the Tyson Fury vs Deontay Wilder III pay-per-view. We will also witness the next chapter of the most famous dynasty in boxing, as Muhammad Ali’s grandson Nico Ali Walsh fights for the third time as a professional.

Here’s everything you need to know about Top Rank’s latest promotional offering.

Last Fight: The Ukrainian was a man on a mission in his last outing. Coming off losing a unification fight to Teofimo Lopez, Lomachenko was keen to prove he still belonged in the upper echelons of the lightweight division. The two-time Olympic gold medalist faced Masayoshi Nakatani, dropping the Japanese fighter in the fifth round before stopping him in the ninth. 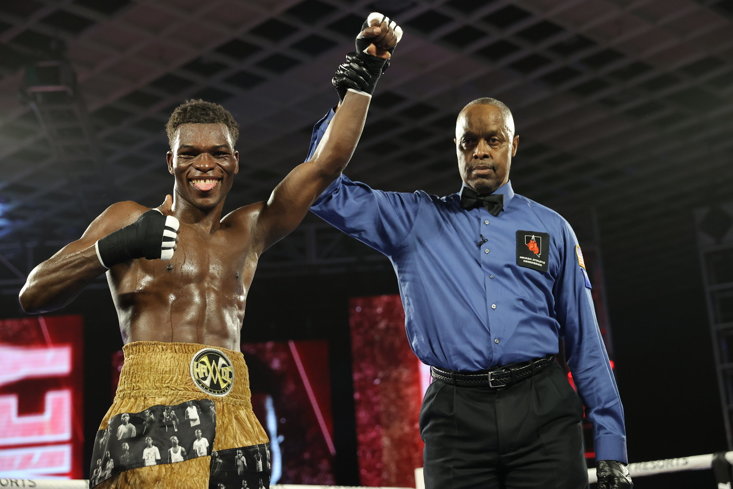 Last Fight: In a neat piece of symmetry, Richard Commey’s last fight also came after a loss to Teofimo Lopez. Commey came unstuck against ‘The Takeover’ in much more brutal fashion, losing by second-round TKO. But the Ghanaian enjoyed a successful ring return after that defeat, knocking out former WBA interim title challenger Jackson Marinez in six rounds.

“It is always special when I fight at Madison Square Garden, where so many great moments in my career have taken place. Richard Commey is a former world champion, an opponent I will not underestimate. I expect the best version of Commey, and I will be prepared for whatever he brings on December 11.” [Press Conference]

“Maybe my style is meant for his style, you never know. I've been sparring southpaws, I've been sparring guys. At the end of the day it’s boxing. He’s got a style that many people don't like and it's a challenge. I'm willing to take that challenge. I'm coming with all my heart. Coming with everything that I’ve got, and I'll come in with God and the people behind me.” [The Sportsman]