Football
News
We've got you covered as Manchester United take on Nottingham Forest at Old Trafford
Conor Keane
18:01, 10 May 2022

The FA Youth Cup is the pinnacle of Under-18s football in England and only an elite few have had the honour of winning it. Legends including Bobby Charlton, George Best, Terry Venables, Graeme Souness, Paul Gascoigne, Michael Carrick, Michael Owen, David Beckham and Ryan Giggs have all won the prestigious trophy and of course went on to have excellent careers in first team football.

Now we are wondering who might join them from the 2021-22 edition as the final takes place this week. On Wednesday night, Manchester United face Nottingham Forest in the showpiece at Old Trafford that is set for a record-breaking crowd with ticket sales reaching 65,000 at just £1 a ticket on Tuesday morning. Here is everything you need to know about this year’s FA Youth Cup final.

When: Wednesday 11th May

How To Watch: The FA Player/ MUTV

Sportsman Stat: The current attendance record in the FA Youth Cup stands at 38,187 when Arsenal played Man United in March 2007 in the first leg of the semi-final.

United have a rich history in this competition with the famous Class of ‘92 winning it before they took the Premier League by storm. Their last team to win it was back in 2011 with the likes of Jesse Lingard, Paul Pogba, Sam Johnstone and Ravel Morrison in the squad.

Attacker Alejandro Garnacho, who recently made his senior debut for the Red Devils, has enjoyed a strong campaign at youth level and was on the scoresheet in the semi-final against Wolverhampton Wanderers - where he imitated Cristiano Ronaldo’s trademark ‘SIUUU’ celebration as Travis Binnion’s side won comfortably 3-0.

Ahead of the giant crowd set to descend on Old Trafford, United’s head of academy Nick Cox said: “If you turn up and watch the FA Youth Cup final, you are contributing to their development.

“If we can have a ferocious atmosphere and passionate fans, it will help the boys cope that little bit better when they get the chance to play in front of 75,000.

“The purpose of the FA Youth Cup is to create amazing learning opportunities.” 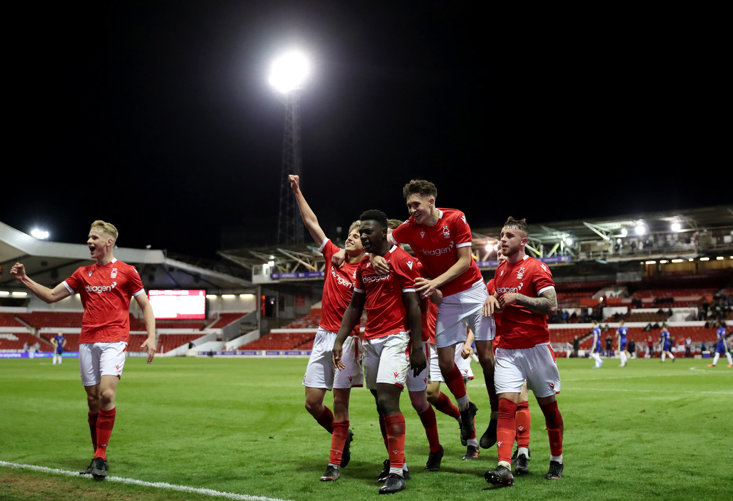 For the visitors, Forest’s success this year has filtered down from the first team, who have reached the Championship play-offs. By reaching the FA Youth Cup final they have become the second consecutive Midlands side to play in the showpieces after Aston Villa last year, who went on to lift the trophy.

They are managed by former United reserves manager Warren Joyce who is looking forward to the occasion.

He said: “It's fantastic that so many Forest fans are making the journey up to support the boys. I'm sure the way the ground is laid out, I'm sure they could make as much noise as the United fans if not more.”