Boxing
News
We've got you covered ahead of an intriguing light-heavyweight unification in New York
Kieran Spratt
06:55, 13 Jun 2022

Beterbiev has built a reputation as one of the sport’s premier knockout artists with 17 wins from 17 fights all coming by way of stoppage. The fight marks the Russian-born Canadian’s sixth title defence since picking up the vacant IBF strap in 2017, and third since acquiring the WBC title in 2019. Smith Jr meanwhile is making the second defence of the WBO bauble he picked up in April last year.

Here’s everything you need to know about an intriguing showdown in the Big Apple.

How To Watch: Sky Sports Action. The card will begin at 2am UK time (Sunday 19th), with the main event expected at approximately 4am.

Last Fight: Beterbiev survived a nasty cut to stop Marcus Browne in nine rounds in Montreal back in December, retaining his IBF and WBC light-heavyweight straps in the process. 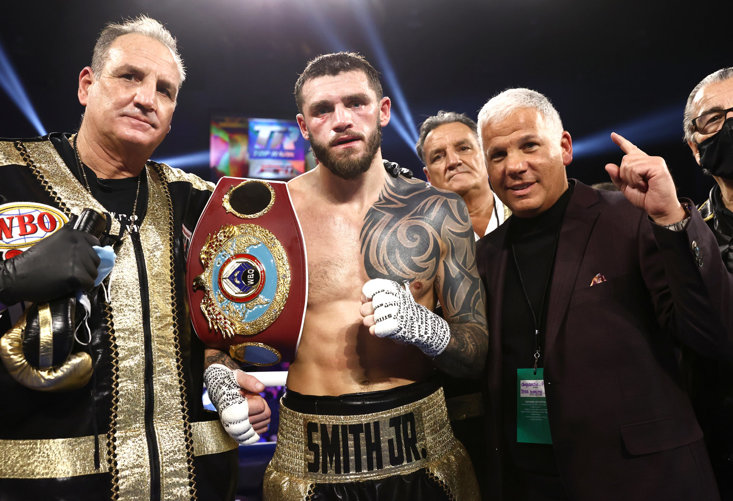 Last Fight: Steve Geffrard took a fight with Smith Jr at the Turning Stone Resort Casino in New York on just eight days’ notice, stepping in for Callum Johnson. Smith Jr won in style, landing a 16-punch combination in the ninth to send the late replacement to his knees and force his corner to wave the fight off.

“I look forward to the challenge ahead of me. Joe Smith Jr. is a worthy champion, but I am coming to Madison Square Garden to add another world title to my collection.

“This fight will get me one step closer to becoming undisputed champion.”

“I am extremely excited and focused on this task I have ahead. Facing Beterbiev is huge. It is going to be a fight that fans remember forever, with two of the biggest punchers in boxing today facing off. This opportunity is a dream of mine to accomplish. Fighting with three titles on the line is one step closer to becoming undisputed.”