Boxing
News
We've got you covered ahead of a busy Saturday night in Manchester
Kieran Spratt
08:35, 11 Apr 2022

Conor Benn’s pursuit of a world title shot continues this weekend when he takes on veteran South African Chris van Heerden. Also on the card is the cruiserweight rematch between Chris Billiam-Smith and Tommy McCarthy, while Campbell Hatton contests the seventh professional fight of his blossoming career. Here's everything you need to know about a busy night of boxing in Manchester…

How To Watch: The card will be streamed live on DAZN. The main card is scheduled to start from 7pm UK time, while Benn vs van Heerden is expected at around 10.30pm.

Last Fight: Benn wrapped up a spectacular 2021, which also included wins over Samuel Vargas and Adrian Granados, with a fourth round knockout over former WBO super-lightweight world champion Chris Algieri in Liverpool. 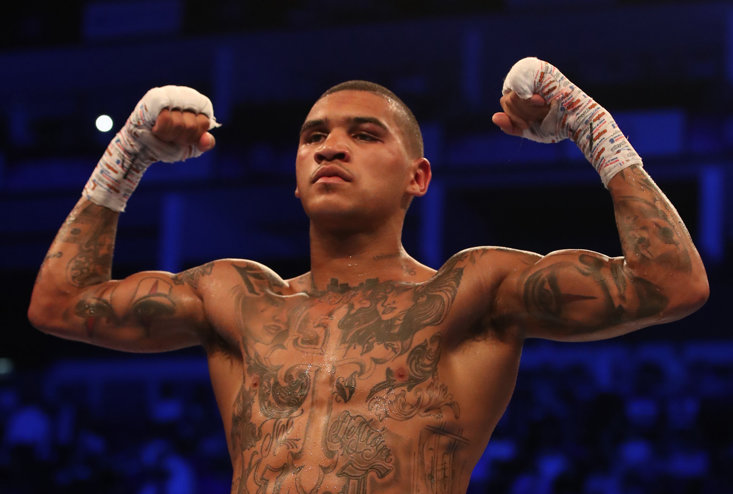 Last Fight: The Heat was last seen in action back in December 2020, taking on the highly-rated Jaron Ennis. Unfortunately, the fight was ruled a no-contest following an accidental clash of heads in the first round. The South African southpaw’s last full fight was against Aslanbek Kozaev in 2019, which he won via an eight round unanimous decision.

Benn: “I’m excited to step into the ring with Chris Van Heerden.

"Van Heerden is a tough operator and a southpaw who will be in there giving it his all in every round.

"For me and my team, it’s now about fighting every style that we can face as we continue to head towards World Championship status and Van Heerden brings something different to the table than I’ve not faced before.

“With that being said this is another stepping stone for me on my journey to the top, I haven’t seen anything in Van Heerden’s previous fights that I can’t deal with, and I expect another explosive victory on April 16.

“If he comes to fight or he wants to box, I can deliver that smoke either way!" 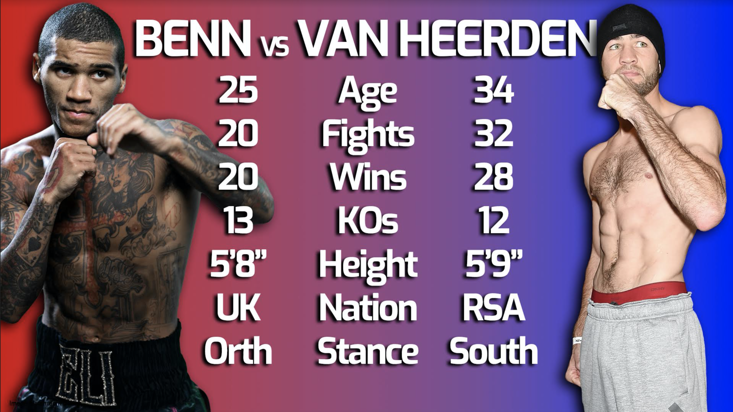