Boxing
News
Where? When? How To Watch? We've got you covered ahead of an intriguing welterweight unification in Texas
Kieran Spratt
08:35, 14 Apr 2022

WBC and IBF welterweight world champion Errol Spence Jr returns to the ring this weekend when he takes on WBA champion and Manny Pacquiao conqueror Yordenis Ugas in an intriguing unification contest in Texas.

Spence had been in line to face the Filipino fistic legend last summer but suffered a detached retina in training, paving the way for his weekend opponent to take his place instead. Should Spence emerge victorious in the Lone Star state, a blockbuster undisputed bout with WBO holder and fellow pound-for-pound contender Terence Crawford could come into fruition.

Here’s everything you need to know about Spence vs Ugas.

How To Watch: Errol Spence vs Yordenis Ugas will be available through FITE TV PPV for UK viewers on Saturday night with the price listed at £12.99

Last Fight: In his first fight since crashing his car in October 2019, ‘The Truth’ beat former two-weight world champion Danny Garcia via unanimous decision in Dallas.

Last Fight: Yordenis Ugas pulled off one of the biggest upsets in recent memory in his last fight, defeating the great Manny Pacquiao by unanimous decision last August, on just 11 days’ notice, to retain his WBA (super) welterweight title. 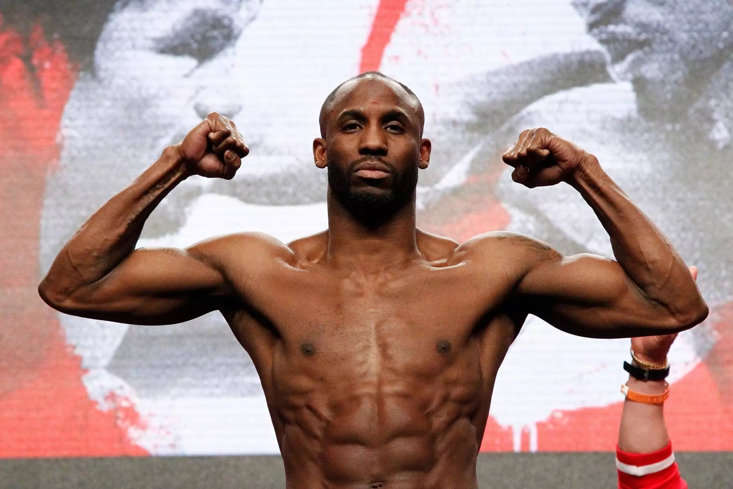 Spence: "I'm going out to get his belts and then I'll have three belts.

"Ugas is a tough fighter. You saw when he fought Shawn [Porter] he was waving for Shawn to come in and he was getting pumped up.

"So if I get the same Ugas that wants to trade and fight, it could be an early knockout.

"If you can outpoint me and beat me, I'm going to make it a dog fight and we're going to go to war.

"I feel like he accomplished his American dream and isn't as hungry as he was. We'll see."