Boxing
News
Where? When? How to watch? Here's all you need to know ahead of Galahad's IBF featherweight title defence
Kieran Spratt
10:35, 10 Nov 2021

Kid Galahad makes the first defence of his IBF featherweight strap this weekend when he takes on veteran Kiko Martinez. Galahad will be ready to give it all in front of a home crowd and put on a show, but the grizzled Martinez can’t be underestimated. A tough operator at this level, the Spaniard has mixed it with the likes of Josh Warrington, Carl Frampton, Leo Santa Cruz and Gary Russell Jr.

Here’s everything you need to know about a decent card in Sheffield, which also includes Terri Harper and Alycia Baumgardner’s WBC and IBO world super featherweight showdown.

When: Saturday, November 13. The card for Galahad vs. Martinez is set to get underway at 7pm, with the main event set to begin at around 10pm. This can change however, depending on the length of the undercard bouts.

How To Watch: The card will be streamed live on DAZN. 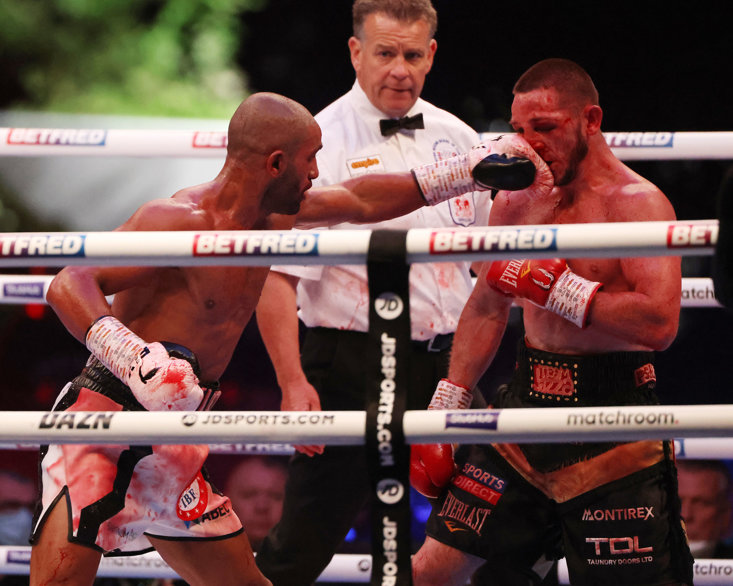 This will be Kid Galahad’s second fight of 2021, having clinically stopped ‘Jazza’ Dickens inside 11 rounds at the Matchroom HQ in August, picking up the IBF featherweight strap in the process. Martinez on the other hand has fought twice so far with mixed success, having fallen to a unanimous decision defeat to Zelfa Barrett at Wembley in February before beating Jayro Duran in September, also by unanimous decision.

Galahad: “Kiko’s a former world champion, he’s solid, he can punch. If you can’t beat Kiko, then you shouldn’t be at world level. If you’re a special fighter, you’ve got to do a job on Kiko Martinez.” [DAZN]

Martinez: “I am in a very good moment. I am a veteran. People think that I am like 50 years old [because I have been around so long], but I made my pro debut at 18. Now I feel very strong and very experienced. I can win this fight.” [The Ring]