‘The Leeds Warrior’ Josh Warrington fights for world honours once more this weekend when he takes on IBF featherweight king Kiko Martinez in Leeds. The pair are meeting for a second time, having fought back in 2017, which Warrington won by majority decision.

Also on the card, Ebanie Bridges takes on Maria Cecillia Roman for the women’s IBF bantamweight title, while Maxi Hughes and Ryan Walsh duke it out for the IBO lightweight belt. Here’s everything you need to know about a busy night in West Yorkshire.

When: Saturday 26th March 2022. The programme begins at 7pm and the ring walks for the main event are expected at 10.15pm, although this could change depending on the duration of the undercard.

Last Fight: Warrington’s shot at redemption against Mauricio Lara last September, having been stopped by the Mexican seven months earlier, was an anti-climatic affair. An accidental clash of heads in the second round left Lara with a gruesome cut above his left eye, leaving the referee with no choice but to stop the fight. Due to the fact less than four rounds had been completed, the deeply unsatisfying ending was a technical draw. 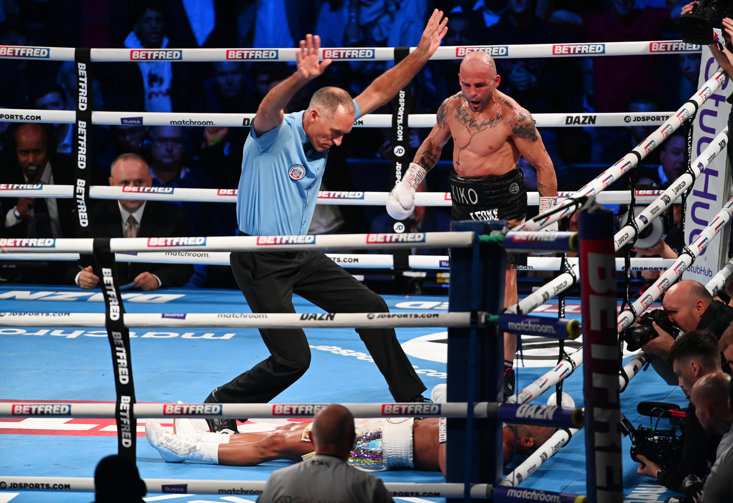 Last Fight: Martinez stunned the boxing world when he picked up the IBF strap in November. The Spanish veteran had been written off by critics, and derided by fans, in the build-up to the fight, but he silenced them all with a spectacular sixth round knockout of Kid Galahad in Sheffield.

“I don’t think he’s going to turn up March 26 and start dancing round the ring with his hands down.

“What he brings is ferocious pace, he’s energetic and he throws lots of punches.

“I guarantee he’ll do the same and he probably thinks he can knock me out as well.

“He’s seen me be put on the canvas so he probably thinks I’m susceptible, but we’ll be ready for whatever he brings.”