Leigh Wood makes the first defence of his WBA featherweight strap this weekend when he welcomes the undefeated Michael Conlan to Nottingham. Here’s everything you need to know.

How To Watch: The fight, which will be broadcast live on DAZN worldwide (except Australia and New Zealand)

Wood sensationally stopped Xu Can in the 12th round to become the new WBA featherweight champion in July. A right hand from the Nottingham fighter toppled Can to the canvas in the 12th before Wood followed up with a ferocious attack to force an intervention from the referee. 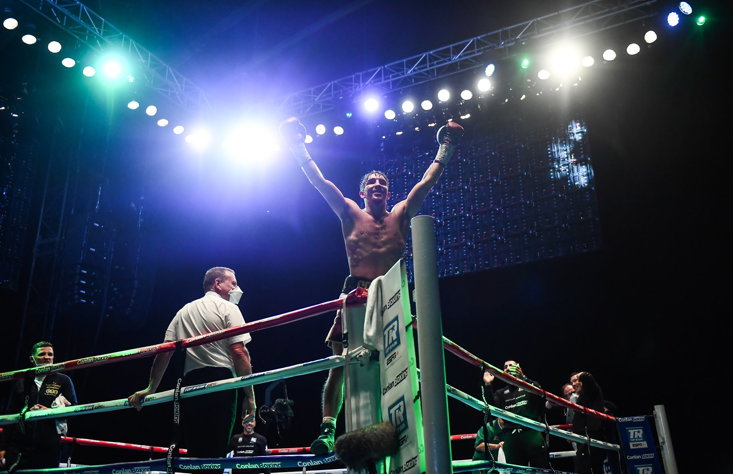 Michael Conlan put his name in the frame for a world title shot after dropping TJ Doheny during a convincing unanimous points victory in Belfast last August.

“This is my destiny standing in front of me.I’ve always said, once my opportunity comes, I will jump with both hands and I’ll grab it. There is no floor underneath, I will jump and hold onto that.

"I think I’ll make a statement in this fight. I think people will start to talk a lot more respectfully, a lot more positive about me.” [DAZN]