Boxing
News
We've got you covered head of a busy night of boxing in Las Vegas this weekend
Kieran Spratt
12:55, 26 Apr 2022

A fascinating spectacle takes centre stage under the bright lights of Las Vegas this weekend as WBC super featherweight champion Oscar Valdez and WBO champion Shakur Stevenson meet in a unification clash which will see both men risk their unbeaten records.

Stevenson is one of the most highly-rated young fighters on the planet right now, but faces a significant test in Mexico’s Valdez, who is looking to silence his critics following a sub-par performance last time out. The undercard also sees Nico Ali Walsh, grandson of Muhammad Ali, make his fifth professional appearance and the next step in lightweight Keyshawn Davis’ blossoming career.

How To Watch: Sky Sports Arena. The show will begin at 2am UK time with Stevenson vs Valdez expected at approximately 5am. 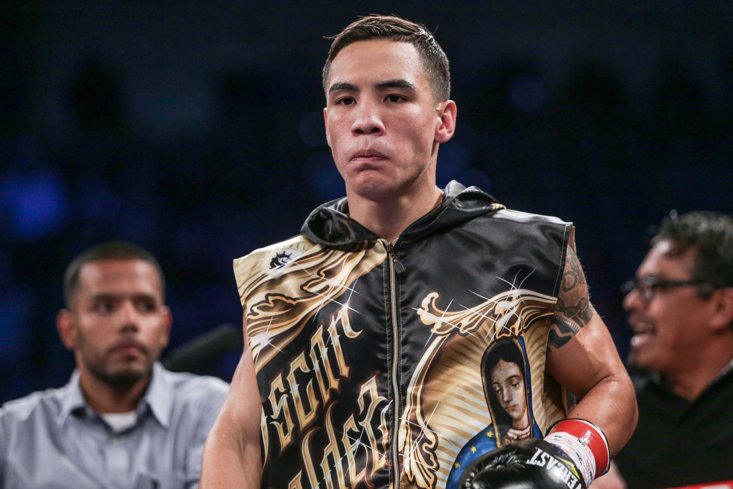 “I’m an offense and defensive fighter, so I’m naturally going to put on a show, but I’m not going to stand there and receive none in return.”

"Shakur is a way more defensive fighter, but anything can happen inside the ring.

"I have been through a lot of fights, a lot of wars. You find a way to get him there and force him to get there to start questioning himself. Does he really want it?

"I fought with an injured hand, broken rib and I've been sent to the canvas. There have been times where I was exhausted and I thought I was going to collapse because I was so exhausted in the ring.

"Losing is not an option, That's the only thing in my mind that I have to keep going and forward. It just shows that I've definitely got the heart for this."