Britain could have four representatives in the quarter-finals of the Europa League this season with Manchester United, Rangers, Arsenal and Tottenham all in Last-16 action. While Manchester United must score in Milan, Rangers need to win or keep a clean sheet to progress. Tottenham and Arsenal, meanwhile, defeated Dinamo Zagreb and Olympiacos respectively in the first leg and will go through even with a draw apiece.

Here's all you need to know ahead of Thursday's matches.

United’s task heading to Italy altered when they conceded a Simon Kjaer equaliser deep into injury-time of the first leg at Old Trafford last Thursday. Beating Dean Henderson with a drifting header, the Danish defender notched a vital Milan away goal and gave them the advantage.

While the tie is still wide open, Ole Gunnar Solskjaer’s side must now score at San Siro to progress to the quarter-finals. Their last away game ended with a 2-0 win over rivals Manchester City in the Premier League and they’ll be hoping to shine on their travels again.

Sportsman Stat: The Red Devils have been eliminated in six of their last eight ties in which they've failed to win the first leg at home, including once against Milan in the 2004-05 Champions League.

Betfred odds: Manchester United are 4/1 to win the Europa League 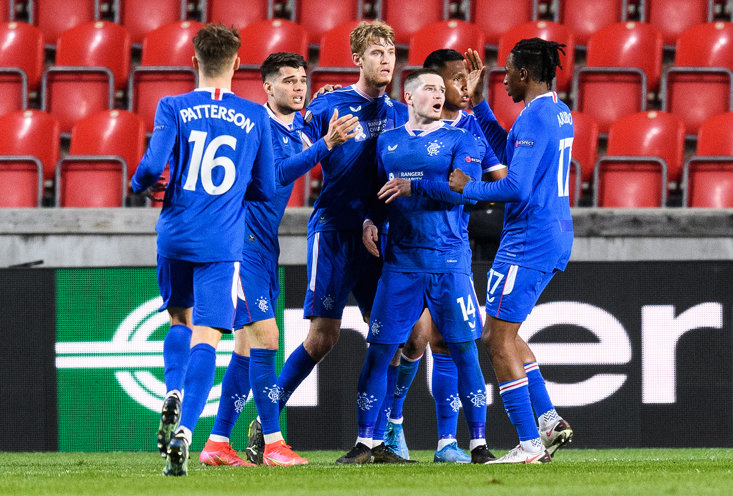 All Rangers players are heroes this season after clinching the Scottish Premiership title, but it was Filip Helander who made the headlines in the Czech capital when scoring a crucial away goal in the first leg to cancel out Nicolae Stanciu’s opener.

Steven Gerrard’s men enjoyed a week off from domestic action over the weekend and so head into this on the back of a seven-day break.

Sportsman Stat: In the UEFA Cup and Europa League, Rangers have advanced from seven of their last eight knockout ties when avoiding defeat in the first leg. They were eliminated by PSV in 2010-11 after tying the opening match.

Betfred odds: Rangers are 5/4 to win the second leg against Slavia Prague 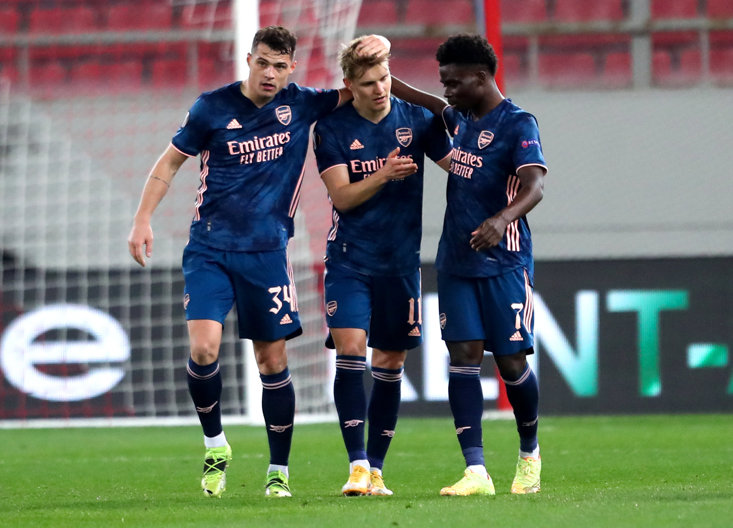 Arsenal are enjoying a good moment, winning four of their last five games. A north London derby victory over Tottenham followed a 3-1 triumph at Olympiacos and they’ll be looking to get the job done at home against the Greek giants.

The Gunners reached the final of this competition in 2019, losing 4-1 to Chelsea, and will be desperate to go one better this time around. Ten points off the Premier League top four, winning the Europa League looks like their best route to return to the Champions League for the first time since 2017.

Sportsman Stat: Arsenal have lost their last two home games against Olympiakos but have never been defeated by the same opposition in three consecutive matches on their own turf.

Betfred odds: The Gunners are 5/1 to win the Europa League this season 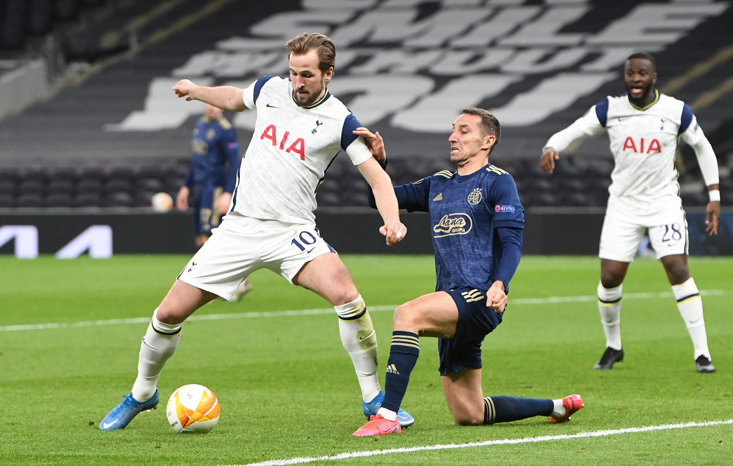 Spurs kept a clean sheet in the first leg, meaning Dinamo Zagreb would have to score four should Tottenham get an away goal in Croatia.

Harry Kane bagged a brace at home to put Jose Mourinho’s side in control and they’ll be confident of reaching the quarter-finals and bouncing back from Sunday’s loss at Arsenal.

Sportsman Stat: Tottenham will be the seventh English side Dinamo Zagreb have hosted in Europe after Leeds, Newcastle, Man United, Fulham, Arsenal and Manchester City. The Croatian side beat Leeds in August 1967 and Arsenal in September 2015.

Betfred odds: Dinamo Zagreb are 11/4 to win the second leg against Tottenham