The ‘Electric Odyssey’ that is Extreme E racing has announced its fifth and final exotic location as the tournament gears up to becoming a reality.

Making good on its promise to ‘bring electric racing to some of the most remote corners of the planet’ the series has previously announced locations to host its Extreme E categories: Arctic, Glacier, Desert and Rainforest, which will take racing fans from Kangerlussuaq in Greenland, to the Himalayas and the Amazon Rainforest, via the scorching heat of Saudi Arabia.

The purpose is to highlight the climate change challenges faced across the globe.

“We hope Extreme E will inspire sports fans, along with the communities and governments in our race locations and beyond, to raise their climate ambition in a united effort to limit global warming to 1.5°C,” proclaimed founder and CEO Alejandro Agag.

Now the ‘Ocean’ leg of Season One of the competition has been confirmed for the coast of Senegal. The location is currently touted to be around Lac Rose (Lake Retba), which lies to the north-east of the country’s capital Dakar.

Agag made the latest announcement at the speculative race site alongside the president of the Senegalese Motorsport Federation, Abdou Thiem.

“I’m thrilled to confirm Senegal as our Ocean race location,” said Agag. “This is an area of outstanding natural beauty but sadly, like many of the world’s coastal areas, it is under severe threat from a variety of climate issues.

“This coastline is currently losing three to four metres each year.

“Extreme E will showcase the performance of electric vehicles, using a powerful mix of thrilling sports action, scientific education and storytelling, to accelerate the adoption of e-mobility to help make the world more sustainable, faster.” 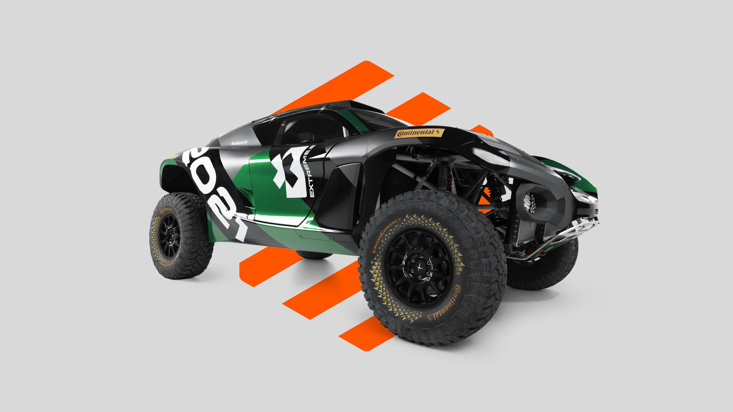 This particular course will negotiate the beauty of the Atlantic Ocean and the lake, which is named for its pink waters caused by a particular type of algae. The announcement came at a mass clean-up at Lake Rose, with the plastic collected being used to make eco bricks to help build bathrooms for over 300 schoolchildren.

Keeping with the theme that has burgeoned such interest in the new sporting event, eye-catching and aesthetically pleasing it most certainly is, as well as providing challenges for the racers, with sand bars, salt beds, gravel, rocks and undulations having to be navigated by the ODYSSEY 21 E-SUV vehicles.

A venture like this takes a great deal of preparation however, and those on tenterhooks for an extra slice of racing have a while to wait. The first series of Extreme E will commence in February 2021.

It’s a big month for the future of electric racing. At the beginning of December, Formula E was granted world championship status by the FIA World Motor Sport Council.

Environmentally-conscious racing has been given the green light and is here to stay.